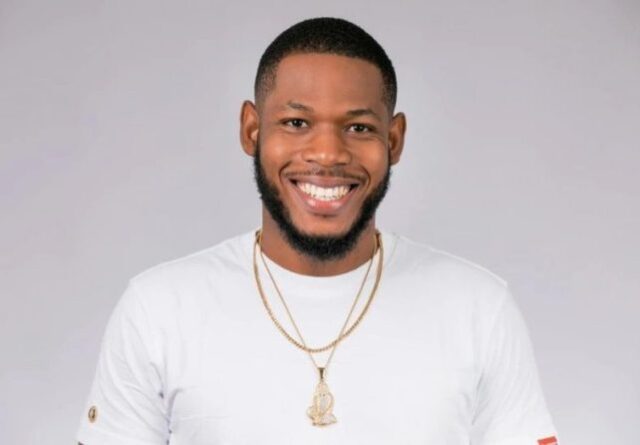 He finished the indoor competition as the second runner-up only behind winners Mercy Eke and Mike Edwards, defeating ex-housemates Seyi Awolowo and Omashola.

Frodd, with the original birth name Chukwuemeka Okoye, was born on 4 February 1991 in Anambra, Southeastern Nigeria.

He originates from the Ibo tribe of Eastern Nigeria.

He grew up in a Christian family and, as a result, became inclined to the religion.

Much is not known about his immediate family as he doesn’t speak about them, except he spent his entire childhood in Anambra state, Nigeria.

Frodd is a hard-working entrepreneur, model, TV personality and is often credited as a trained soft-spoken investment adviser.

He had a successful campaign in the competition finishing as second runner-up losing to first runner-up Mike Edwards and winner Mercy Eke.

Frodd turned out to be one of the coolest housemates in the Big Brother Naija house. He was described by keen followers of the show as being cool, kind-hearted, Outspoken, Jovial, and at the same time talented. According to analysts, this was the major reason BBNaija subscribers voted him up till the show’s final.

While in the house, he achieved great feats to show his worth, like being the Head of House (HoH) for a record two times in weeks 2 and 13. In addition, he escaped eviction many eight times and won over a million Naira in the house task and games.

Frodd revealed after the show that he would have used the N60 million grand prize to start up his own company if he had won. He also dreamt of establishing a fashion brand and participating in humanitarian activities like starting an NGO to cater to single mothers.

Aside from getting rewarded as second runner-up by the competition’s organizers, Frodd got endorsement deals with several companies to boost his career. First was with NUMATVille tourism Megacity, then with Gossy Natural water immediately following an affiliate endorsement deal with popular betting company Bet9ja.

He also got rewarded with cash prizes, including plots of land at the Nollywood quarters of the city.

Frodd is on Instagram with over 700k followers. His Instagram handles experienced massive followership a few hours after being announced as a Big Brother Naija Season 4 and even more after he finished as the second runner-up.
Below is his official Instagram handle:

The nickname Frodd is interpreted and derived from two English words, ‘Fresh and odd’, this is according to the superstar.

Frodd‘s body measurement is unavailable to us at the moment, but we can provide details of sensitive body parts of his body, which include his eyes that are dark brown, his hair black proportional to his full black beards. He is dark-skinned, which is normal for a sub-Saharan African.

Frodd is currently single. However, he had a crush on fellow housemate Esther, which he didn’t shy away from.
Unfortunately, Esther wasn’t interested in his advances. As such, nothing materialized. This is mainly because Esther was already in love with fellow housemate Nelson.

Frodd couldn’t control his emotions after Esther’s rejection, and he began to shed bitter tears in front of the camera and other concerned housemates.

Frodd refused to believe reality and even vowed to date her after the show.

However, his burning love for her quenched a few weeks after the show’s conclusion, and he revealed that he was no longer interested in her anymore.

Frodd, in an interview, revealed that he detests “fake, pompous and negative people”. He is also against bullying and aggressive behaviour in any form. However, he also revealed that he has no intention of hurting anyone and always strives not to.

He disclosed that his happiest and most proud moment was when he paid for his mother’s medical expenses.

With revenue gotten from endorsement deals after the show, Frodd’s net worth sour to an estimated $100,000. Frodd is a proud owner of two beautiful cars and plots of land at the Nollywood quarters in Lagos city.