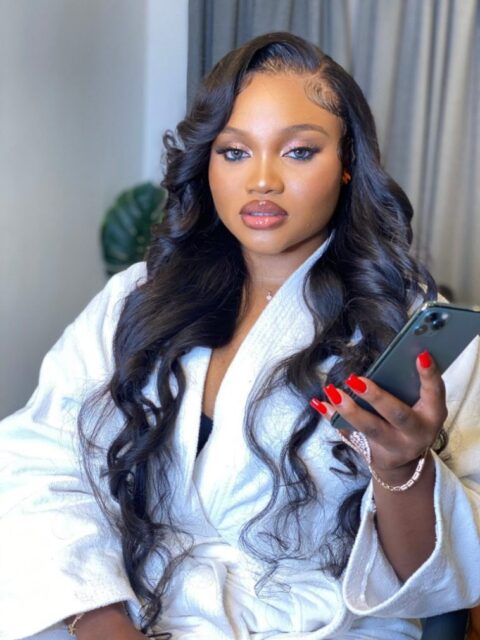 Here is someone (JMK) full of energy and ready to spice things up at the Big Brother Naija Season 6’s Shine Ya Eye.

According to her, she wants the house to see her as “Sexy, Confident and adventurous”.

TheCityCeleb can tell that this lady and particular housemate is up for a bomb.

You can tell from her knowledge about law enforcement that she cannot be trampled down upon. Some of her controversial tweets dated back can also tell.

BBNaija JMK as she prefers to be addressed has so far detached herself from being called to Bar, and she’s not ashame of it.

She is also believed to be the life of the party judging from her ability to dance.

She came as the last child of her parents, Mr and Mrs Adedoyin and had three other siblings, two brothers, and a sister. She is a Christian.

She is pretty lucky to have a father who is the former Commissioner of Information in Kwara state.

Her father is a prominent politician in the west and an APC Chieftain.

Mr Adedoyin currently serves as the secretary of the international press institute in Kwara. He had previously worked as the Assistant Editor for the Guardian Newspaper.

According to the damsel, her family lives an above-average life making them comfortable and satisfied.

BBNaija Jumoke ‘JMK’ did her primary-secondary education at Kwara state and graduated in the year 2015 with her West African School Leaving Certificate (WAEC) and her Senior School Certificate (SSCE).

She is a graduate of the prestigious Afe Babalola University located in Ibadan, Oyo state Nigeria. She studied law for five years and graduated in early 2019.

BBNaija Jumoke ‘JMK’ started as a food Vlogger before obtaining a law degree and subsequently becoming a lawyer.

She is also a proud owner of a restaurant where she sells intercontinental and local dishes. She also uses the restaurant as an opportunity to display her cooking skills.

As a young graduate of law, BBNaija Jumoke ‘JMK’ aspires to reach the level of a member of the Nigerian Bar Association (NBA).

She is a human rights advocate and a housemate at the Big Brother Naija Season 6 Shine Ya Eye episode.

BBNaija Jumoke ‘JMK’ prides herself on her social media platforms as a sexy damsel and torment single guys with beautiful and sexy pictures of her.
You can follow her on.

She has sexy black eyes and black hair to match. She speaks Yoruba and English perfectly.

She is single, not married and ready to mingle with the right person, according to her.

The single lady pays attention to the well-being of other people, especially the vulnerable ones, hoping to use the price money to eliminate their sufferings.

She is also a proud owner of a house and a supercar.