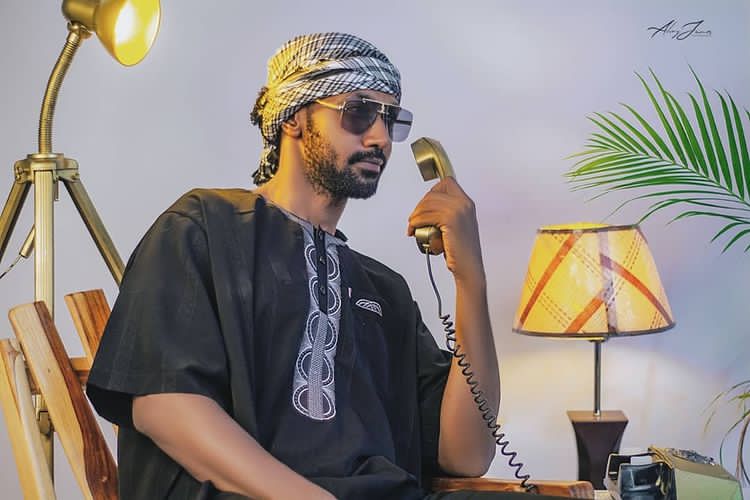 He became famous as a result of his appearance on the Big Brother Naija season 6 TV show.

He is presently 29-years old and currently one of the housemates in the popular Nigerian show Big Brother Naija.

BBNaija Yousef was born in Nasarawa State on the 14th of April in 1992.

His father is a Nigerian, while His mother is Arabian.

It makes him look half Nigerian and half Arabian.

Many people have claimed that he looks more like an Indian than a Nigerian.

He is the last born in a family of five. Three boys and two girls.

The two girls who are elderly to BBNaija Yousef have married.

He was born after the twin, which gives him a unique name, “Gambo’’ based on birth circumstances and his ethnic group.

He has stated that he would have been referred to as ‘’Idowu’’ if he was a Yoruba man.

BBNaija Yousef lived most of his life in the Northern part of Nigeria, where he had his Primary, Secondary, and University education.

He is gentle and caring, and he loves to put other people first in his dealings.

BBNaija Yousef attended Demonstration Secondary School, after which he proceeded to the prestigious University of Jos (UNIJOS), Plateau state, to study.

He studied Electrical and Electronic Engineering. BBNaija Yousef graduated from UNIJOS with a second-class lower degree in 2017.

BBNaija Yousef started his career as a model when he was in university. Even though he was not popular, he won some awards, adding to his achievement and career journey. Some of the awards won are stated as follows:

Mr. UNIJOS beauty pageantry in 2015 and Jos Carnival King in 2018. He has stated that these wins were an outstanding achievement for him and his career.

Aside from being a model and High School Teacher, he is also a presenter.

After graduating from the University, BBNaija Yousef started his internship as a Basic Technology teacher at Prestige International School. He was teaching the junior secondary school class.

He is said to be an exceptional teacher. He is a lover of good music, and he likes keeping the company of good and brilliant friends.

He is said to be single and open for smooth and non-toxic but productive relationships.

He is also a model, host, and personal trainer. He is a very experienced trainer, and he likes to help others reach their goal.

BBNaija Yousef hasn’t disclosed anything about his private life, nobody knows if he is married, nor has flaunted any girlfriend on the media spaces.

BBNaija Yousef has been adding many more followers ever since he became a housemate in the Big Brother Naija show.

BBNaija Yousef has an estimated net worth of $50,000-$180,000 before joining the Big Brother Naija show based on the most recent information.