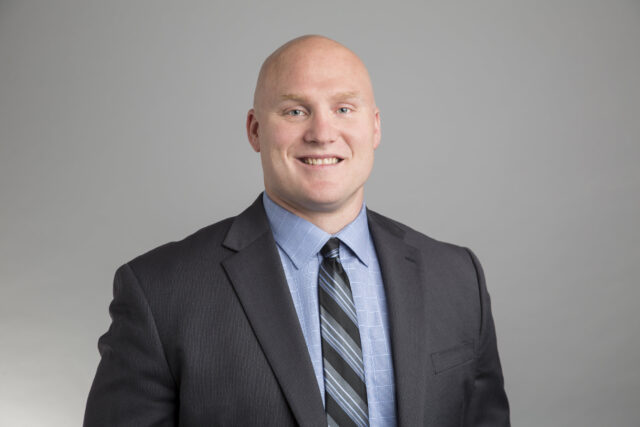 Prior to his eight years footballing career, Kacyvenski attended Union-Endicott High School and finished at Harvard University with a pre-med degree.

In 2000, he was selected by the Seattle Seahawks in the 4th round of the NFL draft; winning 267 tackles in 90 games during a six-plus season spell.

He also played for St. Louis Rams. and Oakland Raiders, before retiring in 2008 due to recurring injury problems.

He was the fifth child in the family and was born on the 3rd of October, 1977.

Kacyvenski had an unstable childhood due to his alcoholic and abusive father.

However, he enjoyed a very good relationship with his mum and stayed with her after his parents got divorced. He was nine at the time.

Prior to his parents’ separation, Isaiah Kacyvenski and his siblings endured many days of starvation and spent less time in the family home. His mum departed for missionary work four years later; leaving him and his siblings in their father’s care. Mr. Kacyvenski sobered up in the preceding years but showed less regard for his children’s upbringing.

Isaiah Kacyvenski‘s best moments were shared with his friends while playing in school. He was a talented sports kid and caught the eyes of many during his early days. Sadly, he lost his mum in a road accident after she was killed by a truck while working along the road.

Isaiah Kacyvenski completed his basic academic level and joined Union-Endicott High School; where he was an honors student, and captained the school’s football team. His love for American football made him desire a football scholarship to the University of Notre Dame.

He also adored the Fighting Irish and followed their games. It was during this period Isaiah Kacyvenski lost his mother. Coincidentally, he received the news the same day of his biggest high school football game in his senior season. At the end of his senior year, Isaiah Kacyvenski got awarded an academic scholarship to study at Harvard University. He was informed by Harvard Crimson football coach; Tim Murphy. Although, the Syracuse indigene had his doubts about the offer, his coach, however, convinced him that it was the right step to take.

Asides from his prowess on the pitch, Isaiah Kacyvenski‘s academic performance was outstanding. He was assigned the number ’49’ Jersey upon arrival at Harvard. A number that coincided with a Bible Scriptural text his mum had highlighted before she died.

Isaiah Kacyvenski started games for four consecutive years at Harvard University; winning three Ivy League Rookie of the Year awards and All-Ivy League first-team honors. His senior record was very impressive; with a school single-season record of 135 tackles. His overall record at the Institution was 395 tackles, 4.5 sacks, 11 interceptions, and 8 fumble recoveries. Before leaving Harvard, he was given the Nils V. “Swede” Nelson Award and the Harvard University Male Athlete of the Year.

Isaiah Kacyvenski was selected by the Seattle Seahawks in the 4th round of the NFL draft in 2000. He finished with a pre-med degree at Harvard; but missed the commencement ceremony, opting to attend the first days of football training camp. His father attended the event on his behalf and wore a cap and gown to receive the Harvard diploma in his stead.

In 2011, Kacyvenski earned his MBA from Harvard Business School.

Isaiah Kacyvenski‘s heroics at college and Harvard University ensured his reputation preceded him. After joining the Seattle Seahawks, he played six-plus seasons recording 267 tackles in 90 games. His commitment made teammates look up to him. He also captained the team for three consecutive years.

In 2002, Isaiah Kacyvenski was assigned a starting position at Middle Lineback, ahead of Orlando Huff; leading the Seahawks to the Super Bowl XL. He left the side on the 30th of September 2006, to join St. Louis Rams.

Isaiah Kacyvenski‘s time with the Rams was brief. He played ten games before suffering two separate concussions in three weeks. In July 2007, he signed a contract with Oakland Raiders and was placed in a season-ending injured reserve a month later. He was eventually released by the Raiders after undergoing microfracture surgery on his leg.

The experienced American football player was undone by recurring injuries; hampering his chance for a big comeback to the game. In September 2008, he was advised to retire after a lengthy injury spell.

He was awarded the PETA Compassionate Action Award in 2008, after being the first professional athlete to donate his brain to science. Isaiah Kacyvenski was also elected to the Board of Directors of Sports Legacy Institute that year and has created awareness on head trauma, in a bid to address the issue in contact sports.

Isaiah Kacyvenski‘s time outside sport has proven more inspiring. He has been involved in several start-ups and goodwill projects in recent times.

He is currently the Founder and Managing Partner of Will Ventures; a firm established to cater to sports technology. He also started the Sports Innovation Lab years back and was one of the first employees to join a very early stage MC10, an electronics company. He spearheaded the company in various capacities during his time at the helm.

Known as a prominent personality in technology, sports, biotech, consumer, media, and sports medicine, Isaiah Kacyvenski has drawn good attention to his endeavors; appearing as a guest in a 2007 episode of The Oprah Winfrey Show.

He is amongst a selected class of affluent American football professionals and is a household name in American sports.