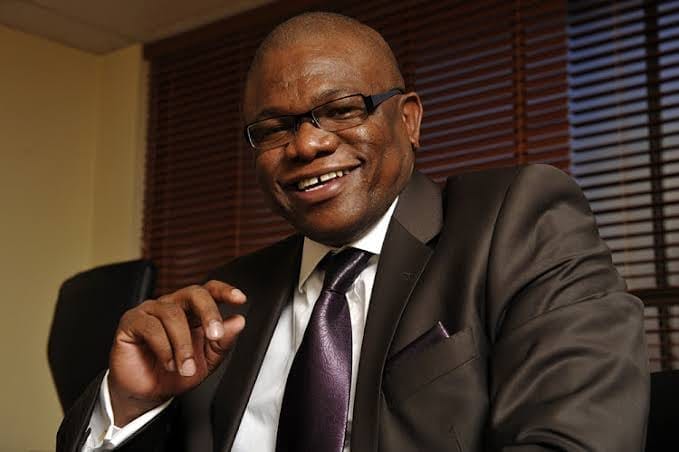 Moloantoa Geoffrey Makhubo who is also addressed as Geoff Makhubo is a South African politician. He is currently the Mayor of Johannesburg.

He belongs to the African National Congress (ANC) and serves as the party’s regional chair.

Makhubo was born on the 8th of February, 1968 in Soweto in the previous Transvaal Province.

He attended the University of Witwatersrand (Wits University) and bagged a Bachelor of Commerce degree from the institution in 1990.

Makhubo served as Johannesburg’s Member of the Mayoral Committee (MMC) for Finance under the mayoralty of Parks Tau.

On the 28th of November 2019, after the resignation of Herman Mashaba, the ANC announced that it had nominated Geoffery for the position of Mayor.

On the 4th of December 2019, Geoffrey was officially elected to the post. He won the election with a total of 137 votes.

However, his election into office was accompanied by so much controversy.
As he received accusations of “gross corruption” by the Economic Freedom Fighters (EFF) and the Democratic Alliance (DA).

The corruption accusations were based on the grounds of a supposed payment of thirty million Rand to his company, from Regiments Capital during his service as MMC for Finance.

The details of Geoff‘s family are limited. However, there is proof of their existence based on a tweet he shared on the 31st of October 2015.
Which he captioned “Me and happy people.”