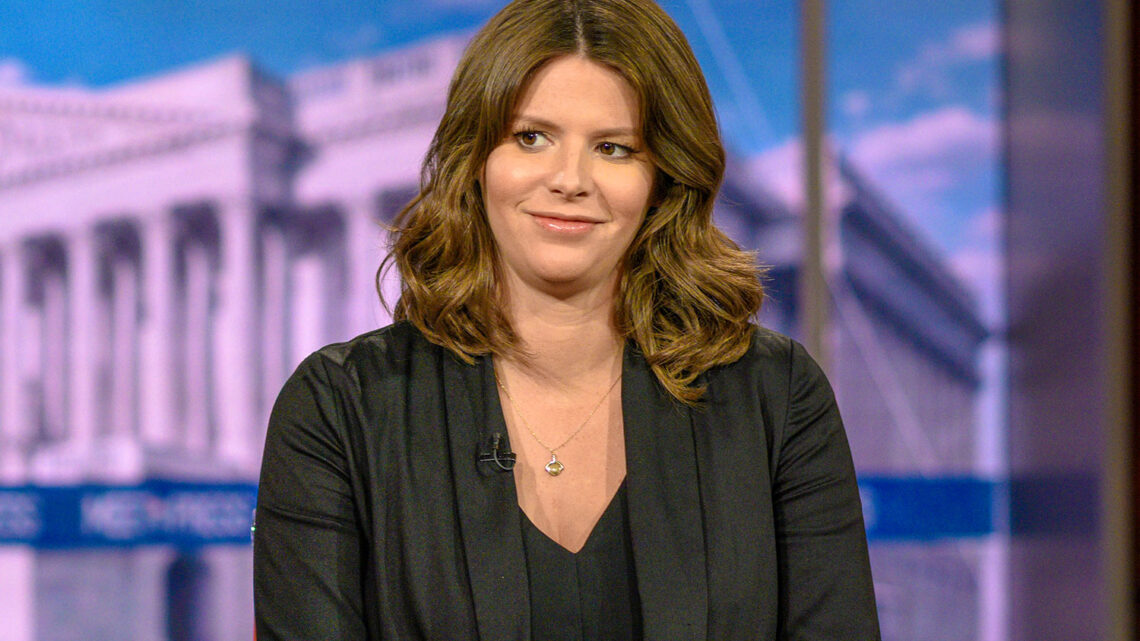 Kasie Sue Hunt (born 24th May 1985) is a renowned CNN political correspondent and journalist in the United States. S

She covered Congress across all NBC News and MSNBC platforms.

Kasie Hunt made her way to becoming the host of MSNBC’s Way Too Early with Kasie Hunt and Kasie DC.

Kasie Hunt grew up in Wayne, Pennsylvania, and was born in Michigan. She was born on the 24th of May, 1985.

She is the younger sister of Carly Hunt and the daughter of Bruce and Krista Hunt.

Her mother is a yoga instructor in Easton, and her father supervises real estate design and construction for Penn Medicine, University of Pennsylvania Health System in Philadelphia.

Kasie Hunt‘s sister was a member of the Georgetown Hoyas and Maryland Terrapins women’s golf teams in the past.

Kasie Hunt began her media career as an intern at NBC News’ politics section. Then, she worked as a health policy correspondent for National Journal’s CongressDaily, covering the Affordable Care Act’s passage.

She covered the 2010 midterm elections for Politico. She joined the Associated Press as a national political correspondent in August 2011 and covered Mitt Romney‘s 2012 presidential campaign.

Kasie Hunt joined NBC News as an off-air reporter and producer covering Congress and politics in January 2013. She began appearing on MSNBC as a political reporter and later became a political correspondent in November 2014.

She contributes to msnbc.com and has regularly appeared on MSNBC and Bloomberg programming such as Morning Joe, Hardball with Chris Matthews, and With All Due Respect.

On September 21, 2020, Kasie Hunt took over as the host of a new version of the MSNBC chat show, Way Too Early, dubbed Way Too Early with Kasie Hunt. On weekday mornings from 5 a.m. to 6 a.m. ET that show aired. She confirmed her departure from the network on July 16, 2021.

CNN Communications announced on Twitter on August 10, 2021, that Kasie Hunt will be the network’s first hiring for CNN+, the network’s new streaming service.

Kasie Hunt will be the host of a new show in that capacity. She will also serve as Chief National Affairs Analyst, according to the announcement.

Kasie Hunt as a journalist, has an estimated net worth of US$3 million and earns a yearly salary of US$250,000.