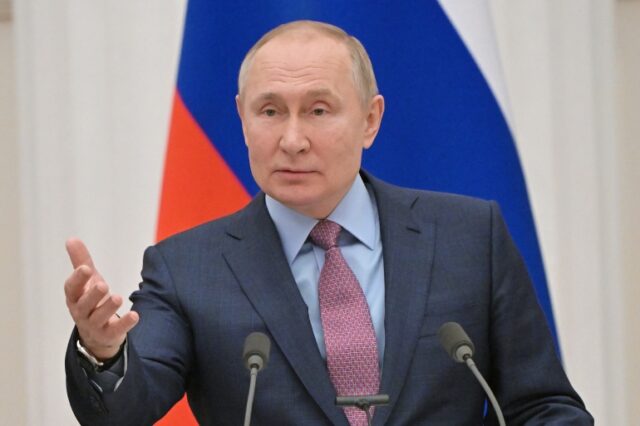 The Russian President, Known as Vladimir Vladimirovich Putin, was born on October 7, 1952, into a working-class family in Leningrad, now called Saint Petersburg. He, a Russian politician and former intelligence officer who is the current president of Russia.

He has been serving in this position since 2012, and he previously held this office from 1999 until 2008. He was also the prime minister from 1999 to 2000, and again from 2008 to 2012, Vladimir Putin cultivates an image of masculine strength and physical prowess, helped by stunts like horse-riding half-naked and driving a Formula One car.

He is a judo black belt and proficient in Sambo, a martial art developed in the Soviet army.

His health later became the subject of speculation In 2012 after he was spotted limping at an Asia-Pacific summit – rumours the Kremlin dismissed, explaining that the head of state had simply had a “minor sports injury.”

Vladimir Putin was also rumoured to have had cosmetic surgery on his face in recent time.

He grew up with his family in a communal apartment, attending the local grammar and high schools, where he developed an interest in sports After graduating from Leningrad State University with a law degree in 1975.

Vladimir Putin began his career in the KGB as an intelligence officer Stationed mainly in East Germany, he held that position until 1990, retiring with the rank of lieutenant colonel.

Upon returning to Russia, Vladimir Putin held an administrative position at the University of Leningrad, and after the fall of communism in 1991, became an adviser to liberal politician Anatoly Sobchak. When Anatoly Sobchak was elected mayor of Leningrad later that year, he became his head of external relations, and by 1994, he had become Anatoly Sobchak‘s first deputy mayor.

After Anatoly Sobchak‘s defeat in 1996, Vladimir Putin resigned his post and moved to Moscow. In 1998, he was appointed deputy head of management under Boris Yeltsin‘s presidential administration. He was in charge of the Kremlin’s relations with the regional governments in that position.

In 1960-1968, Vladimir Putin attended Primary School No. 193 in Leningrad. After the eighth grade, he entered High School No. 281, a chemistry-focused magnet school under the aegis of a technology institute, completing his studies there in 1970.

In 1970, Vladimir Putin became a student of a law department at Leningrad State University, earning his degree in 1975.

Vladimir Putin served around 15 years as a foreign intelligence officer for the KGB (Committee for State Security), including six years in Dresden, East Germany He retired from the active KGB service in 1990 with the rank of lieutenant colonel and returned to Russia to become a protector of Leningrad State University and had responsibility for the institution’s external relations.

He then became an adviser to Anatoly Sobchak, the first democratically elected mayor of St. Petersburg. He gained the confidence of Anatoly Sobchak and is known for his abilities to get things done.

He had risen to the post of first deputy mayor in 1994. He then moved to Moscow in 1996 and joined the presidential staff as deputy to Pavel Borodin, the Kremlin’s chief administrator. He grew close to fellow Leningrader Anatoly Chubais and moved to administrative positions.

President Boris Yeltsin, in July 1998, made Vladimir Putin director of the Federal Security Service. After that, he became the secretary of the influential Security Council. In 1999, Boris Yeltsin appointed him as Prime Minister.

Virtually, he was not well known to the public. His approval ratings to the public soared when he launched a well-organized military operation against secessionist rebels in Chechnya. The populace in Russia appreciated the coolness of Vladimir Putin. He further supported a new electoral bloc, Unity, and ensured success in the December parliamentary elections.

In 1980, Vladimir Putin met his future wife, Lyudmila Aleksandrovna Ocheretnaya, who was working as a flight attendant at the time. The couple married in 1983 and had two daughters: Maria Vorontsova, born in 1985, and Katerina Tikhonova, born in 1986 In early June 2013.

After nearly 30 years of marriage, Russia’s first couple announced that they were getting a divorce, providing little explanation for the decision, but assuring that they came to it mutually and amicably.

“There are people who just cannot put up with it,”Vladimir Putin stated. “Lyudmila Alexandrovna has stood watch for eight, almost nine years.” Providing more context to the decision, Lyudmila Alexandrovna added, “Our marriage is over because we hardly ever see each other Is immersed in his work. Our children have grown and are living their own lives.”

An Orthodox Christian, Vladimir Putin is said to regularly attend church services on important dates and holidays and has had a long history of encouraging the construction and restoration of thousands of churches in the region. He generally aims to unify all faiths under the government’s authority and legally requires religious organizations to register with local officials for approval.

His net worth is placed at US$200 billion.

Why is Vladimir Putin fighting/threatening Ukraine?

Vladimir Putin views Ukraine as part of Russia’s sphere of influence – a territory rather than an independent state. This sense of ownership has driven the Kremlin to block Ukraine from joining the EU and NATO.

In January 2021, Russia experienced one of its largest anti-government demonstrations in years. Tens of thousands of Russians protested in support of political opposition leader Alexei Navalny. Following his detention in Russia, Navalny had recently returned from Germany, where he was treated for being poisoned by the Russian government.

Vladimir Putin is also using Ukraine to leverage Western powers to lift their sanctions. Currently, the U.S. has various political and financial sanctions in place against Russia and potential allies and business partners to Russia.

A Russian attack on Ukraine could prompt more diplomatic conversations that could lead to concessions on these sanctions.

The costs to Russia of attacking Ukraine would significantly outweigh the benefits.

While a full-scale invasion of Ukraine is unlikely, Vladimir Putin might renew fighting between the Ukrainian army and Russia-backed separatists in eastern Ukraine.

Vladimir Putin’s decision to engage in a military buildup along Ukraine is connected to a sense of impunity. He also has experience dealing with Western politicians who champion Russian interests and become involved with Russian companies once they leave office.

Western countries have imposed mostly symbolic sanctions against Russia over interference in the 2020 U.S. presidential elections and a powerful cyber attack against about 18,000 people who work for companies and the U.S. government, among other transgressions.

Vladimir Putin has seen that some leading Western politicians align with Russia in several instances. These alliances can prevent Western countries from forging a unified front to Vladimir Putin.

Former German chancellor Gerhard Schroeder, for example, advocated for strategic cooperation between Europe and Russia while he was in office. He later joined the Russian oil company Rosneft as chairman in 2017.