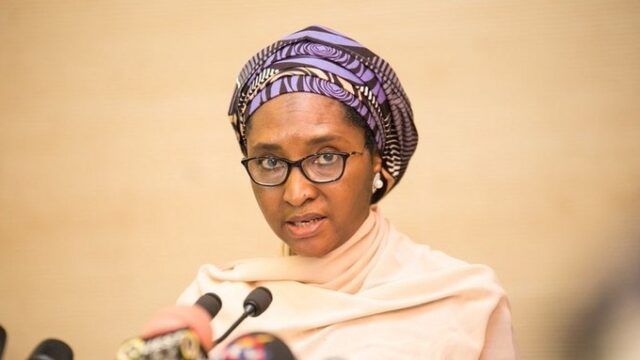 Zainab Shamsuna Ahmed (born 16 June 1960) is the Honorable Minister of Finance, Budget, and National Planning in the Federal Republic of Nigeria.

She got called up to the Finance Ministry following the resignation of Kemi Adeosun in 2018. She is a Nigerian politician and accountant.

Prior to her appointment in President Muhammadu Buhari‘s cabinet, Zainab Ahmed worked as a senior accountant at the Ministry of Finance in Kaduna State.

She is also a native of Kaduna State and a holder of a BSc and MBA degree in Accounting; obtained after extensive schooling in two tertiary institutions.

Nigerian Minister of Finance, Zainab Ahmed was born on the 16th of June, 1960. She received her early grooming in the Northern region of Nigeria.

Having particularly spent most of her early days in her hometown in Kaduna State, she was privy to learn her local dialect before moving to the Western part of the country for educational purposes.

The 60-year-old also grew up in a religious home; with her father being ardent on doing things in line with the Islamic culture. She was also regarded as a bright girl due to her academic performances; which were better than that of her siblings, as well as friends.

Due to the limited academic opportunities made available to girls in the Northern region at the time, Zainab Ahmed was also privy to be amongst a handful of well-trained children from her neighborhood.

During her time at a basic level, Zainab Ahmed was regarded as the best in the school. Her selflessness endeared her to teachers and other pupils. She was also noted for her punctuality.

She started and finished her secondary education with an excellent result at Queen Amina College, Kaduna, before departing for Zaria where she obtained her A’Level.

In 1981, Zainab Ahmed secured her first degree from Ahmadu Bello University, after studying Accounting and had a brief spell at Olabisi Onabanjo University.

Ahmed obtained her MBA from Ogun State University, Ago Iwoye, in August 2004.

Her academic qualifications comprise an MBA, a BSc in Accounting (1981) from Ahmadu Bello University (ABU), Zaria; IJMB ‘A’ Levels (1979) from SBS/ABU Zaria; and WASC ‘O’ Level in 1977 from Queen Amina College, Kaduna.

Zainab Ahmed is the current Minister of Finance, Budget, and National Planning of the Federal Republic of Nigeria.

Her illustrious career dates back to 1982 when she was appointed as an Accountant II in the Main Accounts of Ministry of Finance in Kaduna State; after the completion of her National Youth Service in Kaduna State in 1981/1982 where she was posted for primary assignment to Messrs. Egunjobi Suleiman & Co. Chartered Accountants, serving as an Audit Trainee.

In March 1984, Ahmed got promoted to Accountant I at the Finance Ministry, before resigning in 1985 to join NITEL.

She is also the immediate past executive secretary and national coordinator of the Nigeria Extractive Industries Transparency Initiative (NEITI), and a member of the last two NEITI boards, having worked in the NEITI and global EITI. Some of her duties as a civil servant to the Nation include; managing the Kaduna State of Nigeria’s investment company, and working as the Chief Finance Officer of the Nigeria mobile telecommunications company.

In 2018, Zainab Ahmed was appointed as the Minister of Finance, Budget, and National Planning, by President Muhammadu Buhari following the resignation of Finance Minister, Kemi Adeosun.

She was reappointed and sworn into office on the 21st of August 2019 by the President.

Zainab Ahmed’s accomplishments in the Financial sector have not deterred her from time with family. However, the honorable Minister leads a very occupied life, with so much time dedicated to her motherland.

She is also a committed Muslim and holds her Islamic duties with high regard. She is also a sibling to the Governor of Kaduna State, Nasir Ahmad El-Rufai.

She is also known for her eloquence and simplicity when dealing with minors and members of her backroom staff.