Acrimony - The Movie: Who Was Right and Who Was Wrong? | TheCityCeleb 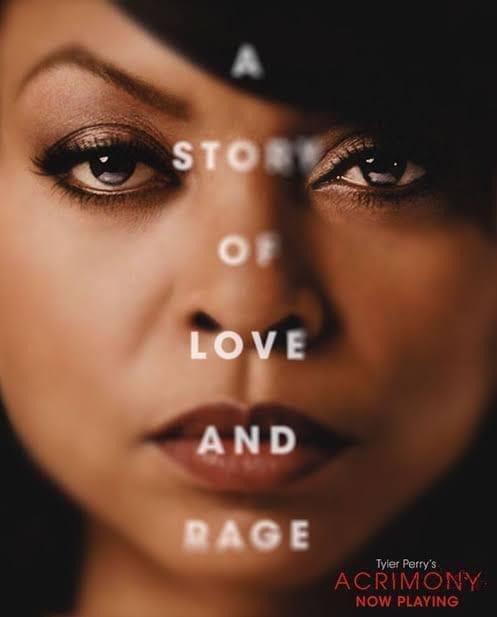 What if I tell you Robert had no part to take in the blame? Yes, he rode on her back on his bumpy ride to success but he didn’t force her to do any of that. All she did she did out of love. I agree that no woman would have put up with Robert‘s failures for that long but she had a choice and she chose to stick with him although not to the very end.

So who is to blame for the dark events that unfurled at the tail end of Acrimony? The downfall of Melinda was a function of two risk factors: mental illness and fate.
Beneath the surface of a loving and supportive wife lurked an aspect of Melinda that many viewers failed to be cognizant of; her mental health.

Melinda suffered from Borderline personality disorder (BPD) also known as Emotionally Unstable Disorder (EUD). In my final year in medical school I was introduced to the subject of Psychiatry and it open a whole new world, helping me understand the mental undertone behind people’s behavior and actions.

These unstable emotions eventually trickle down to interpersonal interactions with others thus damaging their relationships.

Patients with BPD act on impulse without thinking about their actions. This could be seen when Melinda caught Robert cheating and rammed her car into his house.

Sufferers easily get suspicious of other people’s motives. In Melinda’s case she never stopped suspecting Robert after the first time he cheated even though he never cheated again. Her paranoia was set the stage for their break-up.

One could easily see how Robert regressed from a charming angel to a horrific demon in the eyes of Melinda as she told her story.

Most patients can not deal with separation from a loved one. Separation leads to clinically significant distress. This was a trigger that eventually led to her outburst at the end of the movie. She couldn’t process her another woman could reap the fruits of her years of sacrifice

This is where all the emotional rollercoaster rides eventually boils down to. The patient becomes a danger to his/her self and others.
In Melinda‘s case she shot her ex-husband and chopped of his foot before dropping to her own death.

So you see Melinda was a ticking emotional time bomb, a disaster waiting to happen and all it took to get her flying unhinged was a few emotional and environmental stressors which is often the case for most mentally ill people.