[Article] Where Is Demmie Vee The "Tiff" Crooner? | TheCityCeleb 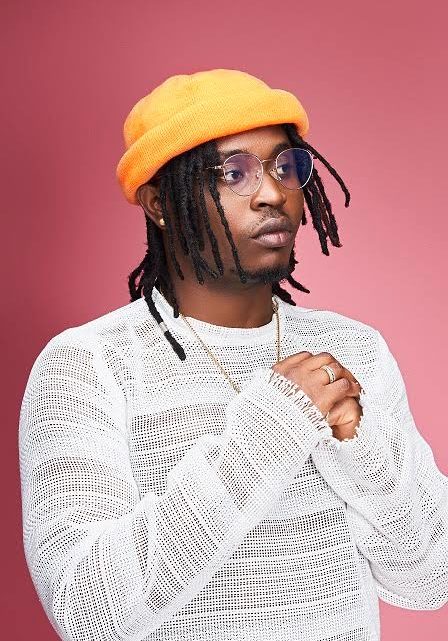 Recently, Demmie Vee is discovered to have either deleted or archived all his Instagram posts and also changed his Instagram handle from @Demmieveeofficial to @therealdemmievee which had most of his fans wondering what’s happening in the talented singer and songwriter’s life after being off for a while.

Since Instagram is used as a platform to know and follow most of the updates from their favorites celebrities, Demmie Vee put his fanbase under the dark with no update on the goings in his life.

Awotungase Ademola Sodiq who dived into limelight with the name Demmie Vee is a 27 years old Nigerian multi-talented Singer, record producer and songwriter. The talented Demmie Vee was Born on April 12, 1992 and second born to his parent. Had his education in Model College, lgbokuta, Lagos and Comprehensive High School, Ketu, Lagos.

Demmie Vee hit the industry with a massively accepted single “Tiff” under the imprint of Hope Never Die (HND) Records. The song was topping charts and was well received in the Nigerian Entertainment Industry. It’s said that Demmie Vee tough upbringing as a baby is a memory he percentage as music for every body to recognize approximately through his song. The Single “Tiff” was doing fine and receiving massive airplays nationwide.
Then came a big announcement, Kizz Daniel opined via his Instagram handle that he’s added Demmie Vee to his newly created label Flyboy Inc, this came as as a surprise package for the young talented singer’s fan base and they were happy with the artist accepting the deal as they saw it as a big step for his nurturing career.

Under Flyboy Inc, Demmie Vee released a single “You Go Wait” featuring the label boss Kizz Daniel, the single was followed up with a video which was played in all part of Nigeria and across the border, the singer’s fan base massively increased which was seen from his social media handles and people opting in to do viral and dance videos to the single. This was classed as a major breakthrough in the artist’s career and all eyes was seen, on the fresh multi talented Demmie Vee.

While the song was doing fine with the video, we noticed some sort of reduction in the promotional aspect of the project, radios and television networks were not banging the single like they used to, which called the attention of his fan base being scared of what might have been happening.

Then the news hit the net, Demmie Vee was seen attacking Kizz Daniel in a post via his Instagram handle, describing him as a traitor over an alleged ₦15 million that was cunningly collected from him. Demmie Vee according to his statement, opined that Kizz Daniel has mobilized the men of the Special Anti-Robbery Squad (SARS) to his house because he wanted a refund. He also called the FlyBoy Inc CEO “fake” for changing his tune. The news broke the net and his fans were not happy about the recent development.

After a short period of time, Demmie Vee was seen apologizing and prostrating in a video to Kizz Daniel, which brought a massive relieved to his fans and it was announced that they were in good terms but he had no business with the label again.

After the controversy, Demmie Vee was nominated by The Headies in the category of Next Rated Artist in 2019 which he lost out to Mavin Records‘ superstar Rema. He dropped an EP titled “Ojoro” and the promotion for the EP project was not as massive as expected of him, that did indicate that there was something wrong after the Kizz Daniel saga. He went ahead to change his Instagram handle from @demmieveeofficial to @therealdemmievee deleting or archiving all his post leaving all his fans wondering what’s wrong.
There’s a rumor that he’s linked to neither HND nor FlyBoy which leaves him pushing his projects alone.

This post wasn’t made to ridicule Demmie Vee but to really know what’s going on in the talented artist career, we would love an update. The talent is too good to let go. We pray he comes back stronger than ever. We Love Demmie Vee, The “Kalakuta Pikin”

Rumor has it that Demmie Vee has reconciled with Kizz Daniel but they’re not on contract term and relationship no more.