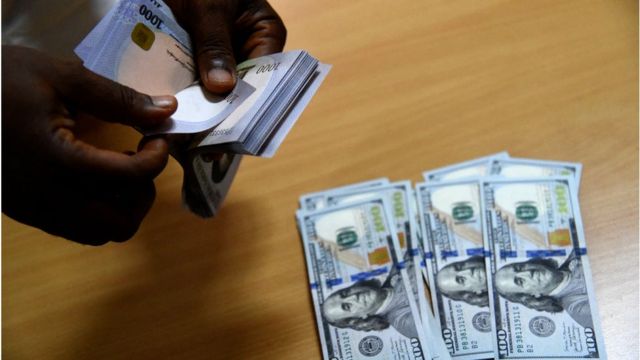 As Wednesday, 8th December 2022 came to a close, the exchange rate between the naira and the US dollar at the black market was revealed to have depreciated by a measly 0.41%, closing at an average of N738/$1. This marginal decline from the N735/$1 recorded in the previous three trading sessions was reported by black market traders who spoke to TheCityCelebs.

In addition, the naira was observed to have recorded a minuscule depreciation of 0.36% against the US dollar at the P2P cryptocurrency exchange, trading at a minimum of N747/$1 on Wednesday. This is in contrast to the N737/$1 recorded on Tuesday, 6th December 2022.

Furthermore, the exchange rate at the official Investors and Exporters window was found to have experienced a slight depreciation of 0.11%, closing at N445.8/$1 from the N445.33/$1 recorded on Monday. On the other hand, forex turnover surged by a substantial 200.18% to reach $180.29 million on Tuesday, in stark contrast to the mere $60.06 million exchanged on Monday.

Nigeria’s external reserve was also observed to have dipped further on Tuesday, 6th December 2022, standing at $36.97 billion, which represents a 0.08% decline compared to the $36.99 billion recorded as of the previous day.

Overall, it appears that Nigeria continues to grapple with economic challenges, as reflected in the depreciation of the naira and the decline in external reserves. Only time will tell if any stabilizing effects will emerge in the coming days.

Oxlade: Are We Witnessing A New Born Vocal Range god?