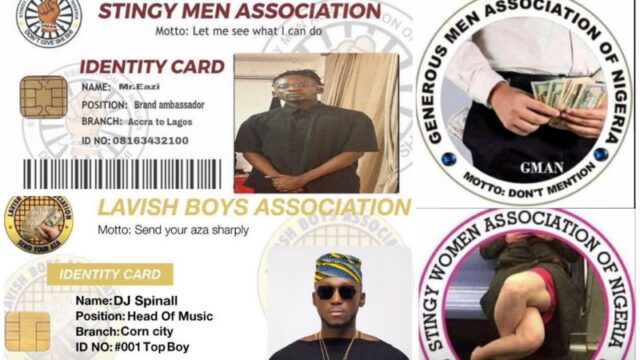 The SMAN also known as Stingy Men Association Of Nigeria trend, while considered by many as merely a joke, reveals an intrinsic truth about masculine nature: most men are tired of being treated as cash dispensing machines, mere objects with no feelings.

One would expect the female folk, a gender who are known victims of objectification, to toe in the same path as male counterpart in delivering a comeback.

But no they didn’t.

They quickly embraced a typecast most men are assidously trying to escape from: the nightmare called objectification.

How does a woman in her sane mind respond to a threat by a man to withhold his money by equally threatening to withhold her private part? In essence, equating sex as the feminine equivalent of money.

It’s one thing for a woman to be objectified by a man but it’s quite another to accept to be an object yourself. This is akin to a feminist singing the WAP song of Cardi B and Megan Thee Stallion.

Written By: Prosper Okezie for TheCityCeleb