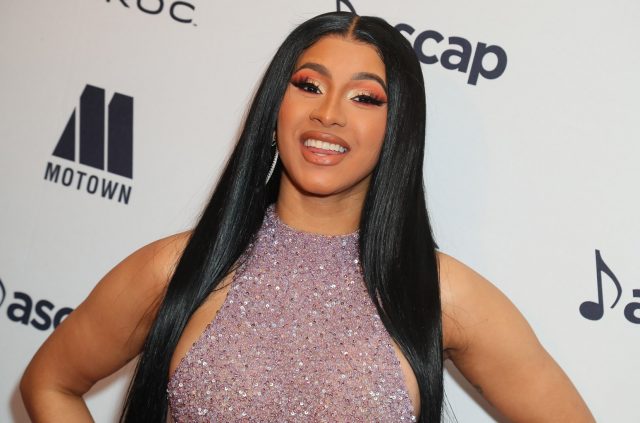 Belcalis Marlenis Almánzar (born October 11, 1992) is one of the world’s greatest female rappers.

Known worldwide by the nickname, Cardi B, the American rapper achieved a breakthrough in her career after the release of the 2016 mixtape, Gangsta Bitch Music, Vol 1.

In a space of six years, Cardi B has recorded great success as a music artist.

Cardi B is a Hispanic-American. She has both Dominican and Hispanic roots.

Her dad is from the Dominican republic while her mother hails from Trinidad and Tobago.

She was born on the 11th of October 1992 in the Manhattan area of New York City.

Her first name is Belcalis while Marlenis is her middle name. The former name means, Queen Of Yamen.

She was raised in the South Bronx area but preferred spending most of her time in her grandma’s house in Washington Heights. Staying around her grandma made her develop a thick Latino accent. Cardi B‘s family wasn’t well to do which meant that she couldn’t pursue a college degree right after graduating from high school. Thus, she had to take up a job to make ends meet. Her first job was at a local fast food restaurant but she didn’t last long there before her employment was terminated by the proprietor of the business.

Because she was in dire need of cash to survive, she took up a job as a stripper in a club in her neighborhood. The job helped to pay for her bills and fees at a local community college. Coming from a disadvantaged background, she soon toed the line of crime by joining the local chapter of the street gang, Bloods. She joined the gang in her teens because of the promises of protection and friendship it offered her. When she became older and wiser, she decided to leave the gang and live as a law-abiding citizen of the United States.

She developed a soft spot for music as a teenager. Creating music was a way of expressing the emotions she was feeling at the time, especially her struggles as a young Latino woman from a poor family. She often freestyled rap songs in the presence of her gang members and high school friends. She didn’t take this talent seriously at first but encouragement from her close friends prompted her to give music a shot.

Being a resident of the South Bronx community, Cardi B attended nearby schools in the Highbridge neighborhood for her elementary and middle school education.

She studied at Renaissance High School For Musical Theatre & Technology. Few years after leaving high school, she enrolled at Borough Of Manhattan Community College for her higher education. However, she dropped out before obtaining her degree.

After Cardi B came to terms with the fact that music was her thing, she started dropping freestyle rap videos on her pages on Vine and Instagram. She began this act in 2013 and within few months she had gained some loyal fans. People began looking forward to her videos every week.

Her official debut as a musician was a collaboration with Shaggy and Popcaan on the single, Boom Boom. In December 2015, she shot and released the video of the song, Cheap Ass Weave. The single is a cover of the song, Queen’s Speech 4, by Lady Leshurr.

Heeding the requests of her growing fanbase, Cardi B dropped a mixtape titled, Gangsta Bitch Music, Vol. 1. The project was released on the 7th of March 2016. She spent the rest of the year in the studio trying to create music that will sell and push her into the national limelight. It was until the next year, 2017, that she achieved this goal. She dropped her second full-length project titled, Gangsta Bitch Music, Vol. 2. The mixtape which was released in January 2017 was widely received in the country. Many music lovers took a liking to her Latino trap sound as this made her distinct from other female rappers. Due to her success, she bagged a record deal with the major publishing company, Atlantic Records.

In 2018, she dropped her much anticipate debut album, Invasion Of Privacy. The project is a masterpiece when it comes to music and it was given high ratings by many music critics. The album helped to strengthen Cardi B‘s position as one of the A-list female rappers in the world. The album which sold thousands of copies made it to the number one spot on Billboard 200. Since its release, it has been streamed by millions of people across the world.

Invasion Of Privacy earned her the Grammy Award For Best Rap Album. She broke a record in the award’s history as the first woman to win it as a solo artist and the first female artist in a decade and a half, to be nominated for Album Of The Year.

The two most successful songs on the album are Bodak Yellow and I Like It. The former single was certified Diamond by RIAA. Before this achievement, she had performed the song live on the shows: Jimmy Kimmel Live! and The Wendy Williams Show. Bodak Yellow was at the top of several music charts for months and was adjudged to be the rap anthem of the summer of 2017. The song won the Single Of The Year at the 2017 BET Awards.

To consolidate on her success in 2017 and 2018, Cardi B dropped the singles; Please Me, Backin’ It Up, Twerk, Money, Press in 2019. She released the successful songs, WAP, in August 2020 and Up, in February 2021. Both singles are a part of her forthcoming second studio album.

She is one of the most successful female artists alive. She is the first female rapper to be on top of Spotify’s Global 50 Chart. At the 2018 MTV Music Video Awards, she has received twelve nominations for her work. She won three awards at the ceremony. She set an attendance record of 75,580 fans during her performance at the Houston Livestock Show and Rodeo in March 2018. She has won the Billboard Music Award For Top Rap Female Artist thrice. She is also the first female rapper to win the Woman Of The Year award at the Billboard Women In Music Awards.

Asides from music, Cardi B is also an actress. She debuted in the film, Hustlers, in 2019. The movie featured top Hollywood acts like Jennifer Lopez, Constance Wu, and Lili Reinhart. She also starred in the movie, F9, which is set to be released in May 2021.

The rapper, Cardi B has over 91.9m followers on Instagram while her Twitter page has over 18.2m followers.

Cardi B is very proud of her Caribbean heritage and preaches this in her music and the interviews she grants with the press. She has been a victim of sexual assault in the past. She is the mother to an adorable daughter named, Kulture Kiari Cephus. Kulture was born in July 2018 and is two years old at the moment.

Her partner is popular American rapper, Offset. He is a member of the music group, Migos. She and Offset had began dating in the early part of 2017 and got married in September 2017. Their marriage hasn’t been a bed of rosey as they have had couple of disagreements over the years.

In 2018, she and her husband reportedly separated but got back together after a while. Cardi B filed for divorce in September 2020 but she withdrew the case few weeks after because she and her hubby had reconciled. The couple seemed to have overcome the early challenges of their marriage and are currently living at peace with each other. Their love is growing stronger by the day.

Cardi B is a rival to fellow female rapper, Nicki Minaj. The duo almost got into a fight at a party in 2018. They have also trolled each other on Instagram in the past.

The Caribbean rapper is 29 years old and resides in an upscale apartment in Edgewater, New Jersey.

As one of the biggest female music acts in the world, Cardi B has been able to amass a fortune for herself. She has accumulated an estimated net worth of 25 million USD.