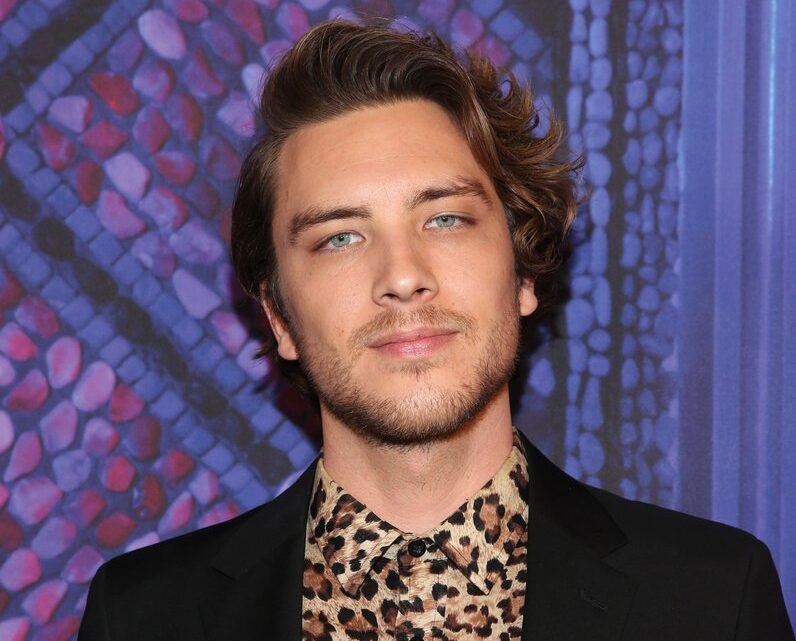 He is famous on the American TV screens and is regarded as one of the best in his generation.

The award-winning actor is famous for starring in Micheal Langdon in American Horror Story.

Cody Fern is an Australian born on 6 July 1988 in Southern Cross, situated in the rural area of Western Australia.

Information about his immediate family is kept secret and out of the media.

However, Thecityceleb is on the lookout for such information and is sure to update this page as soon as it is obtained.

Furthermore, he enrolled into a higher institution at the Curtin University of Technology, where he graduated with an Honours Degree in Commerce later in 2009.

Cody Fern never wanted to be an actor, he intended to pursue a career in finance, but as faith may have it, he became an actor instead.

Although Cody Fern made it through to the finance profession, where he got a full-time job for an unnamed company, he wasn’t happy at all. Instead, he hated his job because he struggled to fit in and to achieve given tasks.
He gained inspiration to become an actor after watching the Cate Blanchett starring film dilogy Elizabeth and Elizabeth.

Cody Fern was mentored by well-known acting professionals such as Larry Moss, Susan Batson, Ellen Burstyn, and Susan Batson. He played the lead role of Albert in the National Theatre of Great Britain’s production, War Horse. The film received critical reviews from viewers all over the world.

In 2011, Cody Fern played a notable role as Romeo in Shakespeare’s WA’s production of Romeo And Juliet. In addition, he played Lindsay in Jandamarra, a Theatre Company production, and the Earl of Southampton at the world premiere production of The Enchanters in the State Theatre of Western Australia.

Cody Fern achieved a major feat and, in 2014, was a recipient of the annual Heath Ledger Scholarship. The award is aimed at financially and professionally supporting Australian actors. The award also grants recipients the rere opportunity of a two-year scholarship at the Los Angeles’ Stella Adler Academy of Acting and Theatre, including an exclusive mentorship from Heath Ledger‘s father.

Cody Fern wrote and directed a film for the first time in 2017, which is titled Pisces opposite Kier Gilchrist. It is a short but interesting film where he also acted in.

In 2018, he made his precedented television series debut in the acclaimed FX real crime anthology series as David Madson, titled The Assassination of Gianni Versace: American Crime Story.

The TV series earned him the Gold Derby TV Award for Movie/Limited Series Supporting Actor. He was also nominated for Breakthrough Performer of the year.

He was listed amongst the cast in the series regular role of Duncan Shepard on the final season of House of Cards.
Still, in the same year, Cody Fern starred as the Antichrist Michael Langdon in season eight of the FX horror anthology series titled Apocalypse.

Cody Fern was on set in 2019 when he played Xavier Plympton in season nine of the show American Horror Story: 1984.

Cody Fern is one actor that has experienced so much love from fans even on his social media platforms. His Instagram boasts over 1.2 million followers with over 57 posts from the star.

Cody Fern is quite handsome. He stands tall with a height of 5 feet 11 inches, translated to 1.80 meters, and weighs 78kg. His eyes are grey, and his hair brownish.

Cody Fern is gay. His boyfriend’s name is Su Novio. The couple met in 2017 and has been pictured together on several occasions.

Their relationship has been successful thus far because they respected each other’s schedule and privacy.

Cody Fern has gone far in the film industry in terms of influence and popularity. He is a very hard-working entertainer who has accumulated an estimated $500,000 net worth.

The Australian actor and director have achieved a great feat since his breakthrough. However, much is not known about his private properties as he strives to keep information such as that private.

Cody Fern is one of the biggest actors in contemporary American movies. He has starred in numerous films and TV series. Some of which are listed below:

Cody Fern has acted in the following TV series