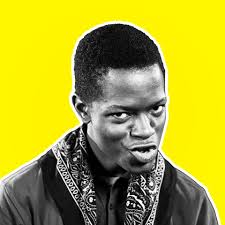 He is self-acclaimed ‘The Voice of God‘, he mostly makes phone call pranks using social media including Instagram to promote his content.

Edgar Eriakha was born in southwestern Nigeria, Lagos, Nigeria. He is currently 23 years old and of the Yoruba tribe.

Edgar Eriakha had his primary and secondary school education in the city of Lagos respectively.

He graduated from the prestigious University Of Lagos where he bagged his Bachelor of Arts degree in Creative Arts.

Edgar Eriakha commenced his career at an early age. Rumor has it that it was during his school days where he was involved in series of curriculum activities.

His biggest feat came from 2016 to 2019 where he was privileged to perform in the Lagos Theater Festival 2016-2019. He also performed in the Bola Tinubu 10th Colloquium including winning the Etisalat Prize for Literature in 2016.

Edgar Eriakha has featured in series of comedies excluding his own, he has worked with the likes of Broda Shaggi, Officer Woos with a vast of others.

One of his viral series of phone pranks was during the 2020 Big Brother Naija where he placed series of calls to people who audition for the prestigious Television Show.

His most populous being the one he asked a lady if she has a boyfriend which she denied, the video entails that the girl boyfriend gave him his girlfriend number to ask her that.

Eriakha Edgar who is additionally a content creator has worked with series of Nigerian brands which include; KraksTV, YabaleftOnline, PlayDish, Imaginarium, MaxGo, NSRP, and lots more.

Edgar Eriakha net worth is placed at $20,000 – $150,000. He is still very much an uprising figure whose name is fast taking the Nigerian media space.