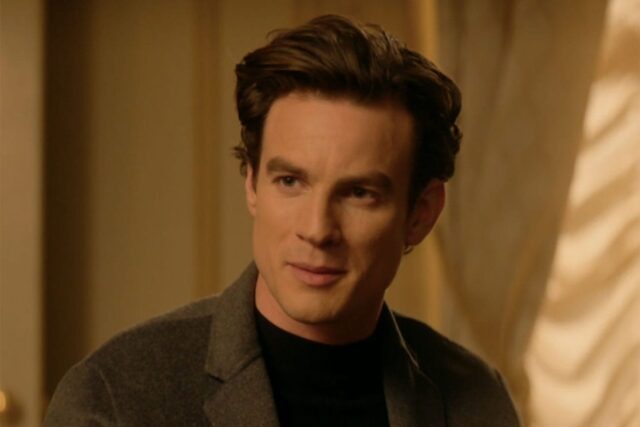 He is celebrated for his work as Lucifer in Chilling Adventures of Sabrina.

Aside from his acting career, Luke Cook is involved with several charities, including The Leukemia & Lymphoma Society, and raised $10k for a hospital in Sierra Leone by selling photos of his feet.

Luke Cook was born in Sydney, Australia, and is the youngest of 5 children.

Luke Cook grew up in a religious family, with his father being a church minister.

In grade six, he auditioned for his school play by impersonating Frank Sinatra and was so thrilled by the audience reaction that he decided to become an actor.

While studying acting in Sydney, Luke Cook met a manager from Los Angeles who encouraged him to move to California, which he did at the age of 22. He spent ten years in LA pursuing acting before his big break and noted that he was given some great opportunities to be on significant shows.

In 2016, he wrote and performed the starring role in the short film, Good Morning. The film was an official selection at several film festivals, and Luke Cook won the 2017 Flagler Film Festival award for Best Actor, Drama/Thriller.

In 2017, Luke Cook made his feature film debut in “Guardians of the Galaxy Vol. 2.” In the same year, he played opposite Al Pacino in the theatre production of “God Looked Away.”

Playing the role of Lucifer Morningstar, The Devil, Luke Cook shot the first series of Chilling Adventures of Sabrina in November 2018 and the next series in July 2019.
In September 2019, Luke Cook shot Katy Keene, in which he plays Guy LaMontagne.

In 2020, Luke Cook wrapped on indie film, Eye Without A Face, in which he stars as a con man. In the same year, he starred in the Australian indie film, How Do You Know Chris in the title role.

In February 2021, he was announced in the upcoming fourth season of Dynasty and will play Kirby‘s ex-boyfriend Oliver.

In July 2021, the show organizers confirmed that Luke Cook would be joining the second season of Dollface as a recurring guest star.

Social media is where Luke Cook shows off his impersonation and acting skills with his broader fan base.

He has created a group of characters such as a model manager named Steve Kay and Louise’s Australian mother.
He currently has over 766k followers on Instagram.
Instagram handle – @Lukecook

Luke Cook and New Zealander stylist Kara Wilson became engaged in December 2019, and their son, Chaplin Benjamin, was born in December 2020. They were married on May 16, 2020. He has a rescued chihuahua named Cindy.

Luke Cook told Brief Take that he would love to do prominent character roles similar to Jim Carrey and cites Ben Stiller and Ricky Gervais as influences.

Social media is where Luke Cook shows off his impersonation and acting skills with his broader fan base. He has created a group of characters such as a model manager named Steve Kay and Louise’s Australian mother.

Luke Cook is involved with many charities, including The Leukemia & Lymphoma Society, and raised $10k for a hospital in Sierra Leone by selling photos of his feet.

Due to her religious beliefs, Luke Cook‘s mother refuses to watch him play the satanic role in Chilling Adventures of Sabrina. However, his father is encouraging.

Luke Cook has accrued an estimated net worth of $1.5 million to $5 million as a famous movie star.