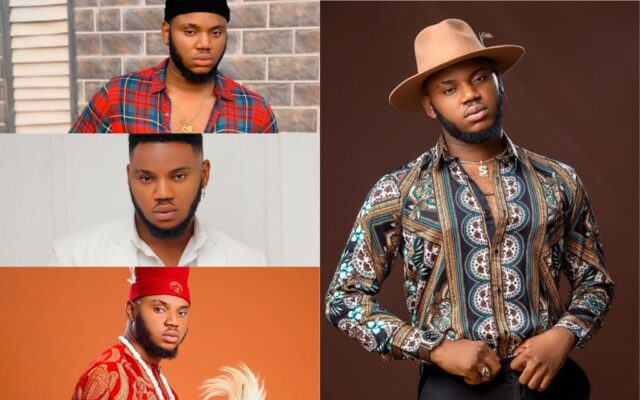 Somadina Adinma (born May 8, 1999) is a leading Nollywood actor, model, and brand influencer.

He joined the industry as a child actor and has featured in several blockbuster movies.

Notable ones are Once A Soldier, Breath Of Anger, and Forest Of Premises.

Somadina Adinma was born to the Adinmas on the 8th of May 1991. He is an Igbo man who hails from Neni Village in Anambra State.

He is a Christian and was raised in the Catholic faith by his parents. He and his siblings were bred in the city of Onitsha, Anambra.

Somadina joined the Nollywood industry as a young boy. He was a child actor for some years after being featured in many movies and Television series. He paused acting so as to focus on his studies.

Nevertheless, as an undergraduate, he still featured in some films. During the holidays, he would audition for movie roles and act in such films.

He studied at Nnamdi Azikwe University, Anambra State, and graduated with a degree in Theatre Arts.

He completed the mandatory NYSC program in October 2018.

Whilst Somadina Adinma was in the university, he acted in several stages of plays as part of his course work.

In a career spanning over a decade, he has featured in over 80 films. He became a household name due to his roles in movies such as Once A Soldier and Forest Of Premises.

He played the role of DJ Cash in the award-winning movie, Ordinary Fellows.

Besides acting, Somadina is also a model and brand influencer. He is a commercial model who has worked with many top brands in the country.

He was nominated for the Best Performance By A Child at the Africa Movie Academy Awards (AMAA) in 2007.

He was nominated for the Most Promising Actor Category at the AMVCA.

He has also been nominated for the Best New Act To Watch at the City People Entertainment Awards.

Somadina Adinma is very active on Instagram. He has over 684k followers on his page.

His verified IG handle is @adinmasomadina

Somadina Adinma is a very handsome young man. He is 21 years old. He resides in the South-Eastern part of the country.

He was formerly in a serious relationship with actress, Regina Daniels but they broke up after many years of dating her as his girlfriend. Regina Daniels is currently married to a billionaire, Ned Nwoko.

At the moment, Somadina is single, not married. He lives in his own apartment and is the proud owner of an exotic ride.

He used to work as a Television presenter in the past. He was formerly a staff of Enugu State Broadcasting Corporation.