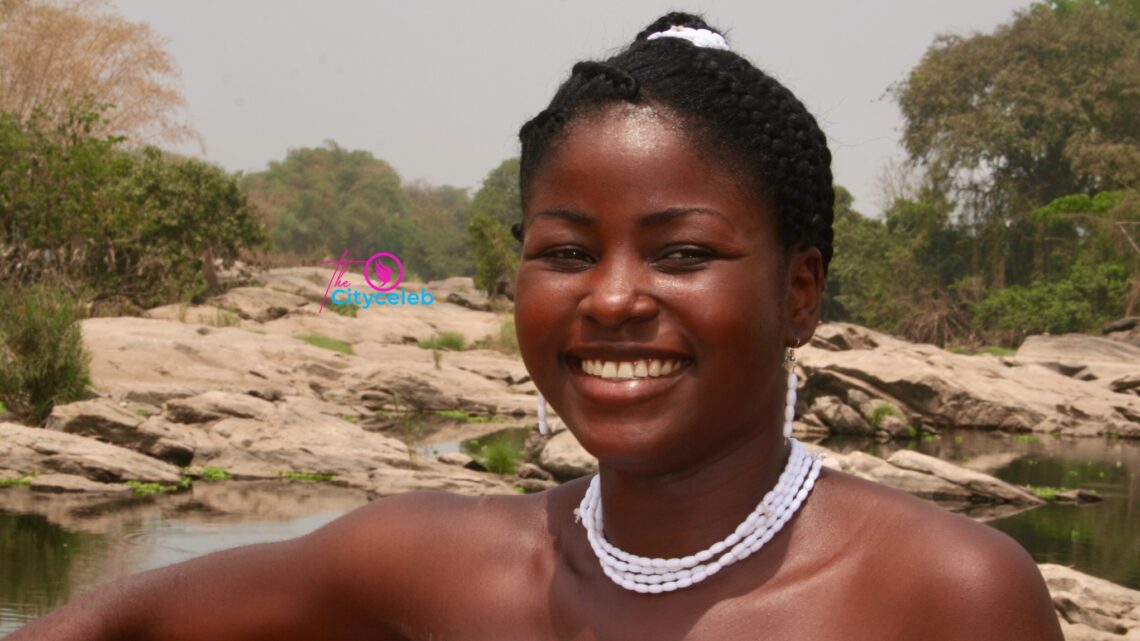 The actress’s name spontaneously brushed the Nigerian Nollywood industry off her feet with the release of what is termed an extraordinary movie, Arugba.

The talented and creative actress acted as the lead character in her self-produced movie, Arugba.

Bukola Awoyemi Arugbagrew up in Ilorin, the capital of Kwara State in Nigeria. She was born on the 19th of December, 1988.

She had her elevating career and bring up in the cities of Kwara including her educational maneuvers.

She’s always loved the movie industry and was also interested in being one of the known characters in it, so in pursuit of her dream, Bukola Awoyemi Arugba had both her primary and secondary school leaving certificates in Ilorin, Kwara State.

Shortly after her elementary school triumphed, she enrolled in the University of Ilorin, Kwara State, Nigeria for her tertiary level education. Bukola Awoyemi Arugba later graduated from the esteemed university with a degree in Performing Arts.

Bukola Awoyemi Arugba after enrolling in the University Of Ilorin launched her acting career straight away. She featured in series of dramas in school including the one’s informal gatherings.

Her dream of becoming a popular celebrity never came while she was still a full-time student and still very much studying. She hit the spotlight shortly after finishing her tertiary school education.

Bukola Awoyemi Arugba was given a role in Nollywood big movies like Poisonous Affairs; a movie that technically stamped her name in the industry as another promising actress to look out for.

Her breakthrough came after several auditioning for movie roles which she never was chosen, she was picked to play the role of Adetutu in the Nigerian Nollywood blockbuster, Arugba.

Playing the role was perfect with her, so Bukola Arugba picked the role which was one of the most vital roles in the movie. She was to play the role of a virgin which means according to the movie, she became the worship object of the goddess.

While most Nollywood actresses like to keep their private life low, a rumor violated the online space that Bukola Awoyemi Arugba was ditched to popular Nollywood actor and filmmaker, Damola Olatunji.

This happened in the earliest 2013 which if traced back, Damola Olatunji was still very much married to Raliat Olatunji who is based in the United Kingdom.

Not long did TheCityCeleb investigative journalist discovered that the Bukola Awoyemi Arugba and Damola Olatunji were very much dating.

The news became a public concern when Bukola was pregnant whose responsibility was traced to Damola Olatunji. With no hesitation, they got married.

The marriage became blessed with twins whose names are David and Deborah.

The successful Nollywood actress in Yoruba, Bukola Awoyemi Arugba has a net worth estimation of $200,000-$800,000 though not verified.