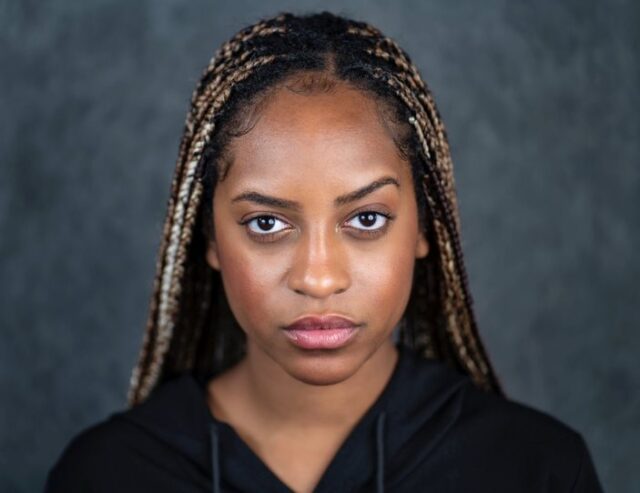 She’s the half of the Okan Twins born and brought up in London, UK. Cas Okan is sometimes addressed as Casilda Okan.

Cas Okan was born a twin to Yoruba parents in London. Her twin sister is Samantha Okan but she is usually called, Sam Okan. They both make up the Okan Twins.

Cas Okan was born on the 29th of August, 1998 in the same city of London she had her childhood experience.

She attended Sanders School, UK and obtained her GCSE in 2012

She is an alumnus of Identity Drama School, UK.

From her high school days, Cas Okan had started acting in plays and aspired to be a professional actress.

In the last six years, she has acted in several films, television shows and web series.

In 2015, she starred in the American movie, The Weekend.

She played the role of Mila Jade O’Brian in the 2017 film, Blueprint.

She starred in the film Times Up, which was directed by Paula Sorian.

In 2018, she played the role of Estelle Priscilla Djimo in the movie, Potent, and starred in the series, The Twinstitute.

She was also featured in the movie, Mirror Women.

In 2019, she and her sister shot and produced their own Sci-fi film, Falling Star in the USA.

In November 2020, her short film Mind Dominance was released on YouTube.

She played a supporting role in the 2020 Citation. The movie was directed by Kunle Afolayan.

In 2020, she was featured in the short film, Escape, which was directed by Jorginho Onyeme.

She has also starred in Television shows such as Silent Witness, Food Unwrapped, Glow Up, The Tunnel.

Asides from acting, she is also a model and has been featured in a number of music videos shot in the UK. They include;

Cas Okan has also worked as a radio personality in the past. She and her sister anchored the show, New On The Scene.

As a model, she catwalked for the Afro Models Awards. She has also modelled for a top fashion brand, Puma.

She has also appeared in a number of Nigerian comedy skits. Some of the comedians she has worked with include, Lasisi Elenu, Craze Clown, Ayomidate, The Feyii, Samzy, Broda Lienus.

In January 2020, she was featured in the music video, Fancy by Junity.

Cas Okan and her sister live together in London. But they travel over to Nigeria from time to time whenever they have any project to work on. They hail from the Southwestern part of the country.

Cas Okan is 24 years old and she isn’t dating anyone presently. She currently has no boyfriend.

The fast-rising actress, Cas Okan (Casilda Okan) has an estimated net worth of $100,000.