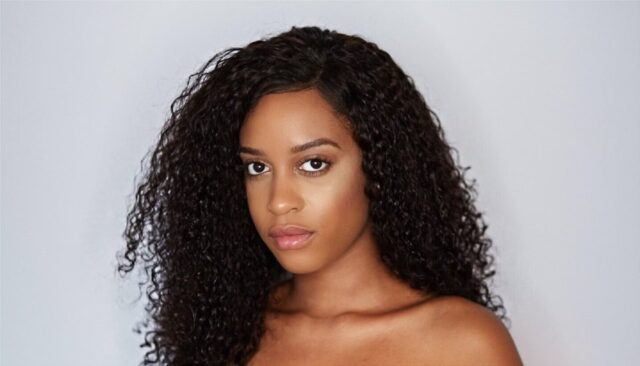 Sam Okan is the half of the Okan Twins. Her sister’s name is Casilda Okan also known as Cas Okan. Sam Okan is sometimes called Samantha Okan.

Sam Okan was born on the 29th of August in 1998 to Mr and Mrs Okan. She has a twin sister, Casilda Okan who is called Cas Okan, for short.

She was born in London, United Kingdom.

Alongside her sister, she obtained her GCSE from Sanders School, the UK in 2012.

In 2016, she graduated with a diploma from Identity Drama School.

She also attended Fox and Chips Acting school and completed a Screen Acting Course in 2017.

From an early age, she and her sister had expressed interest in acting and always featured in school plays.

In 2012, she was featured in Katherine Smith‘s music video Candy Girls.

In 2014, she was cast in the show, Silent Witness, which was aired on BBC Television. She played a supporting role in the show.

She modelled for the commercial, Trainline in 2015.

Alongside her sister, Cas Okan, she played a role in the 2015 American movie, The Weekend.

In 2016, she was featured in the movie, Doctor Strange.

She modelled for the commercial, Kellogg’s Special K. She acted as a teen football player.

In 2018, she secured a role in the short film, Built To Be. She acted alongside top British actor, Akash Prasad.

Sam Okan and her sister were cast in Kunle Afolayan‘s movie, Citation which had Temi Otedola on it. The principal photography of the film had begun in 2019 and the movie was eventually released in November 2020.

Sam Okan is 24 years old. She has never been married and is not in any serious relationship at the moment. She currently has no boyfriend.

She and her twin sister live together. Her favourite dishes are kinds of seafood.

She and Cas co-own their Instagram account. Their official handle is @okantwins. They currently have over 31.1k followers.

The leading British-Nigerian actress, Sam Okan has an estimated net worth of $100,000.