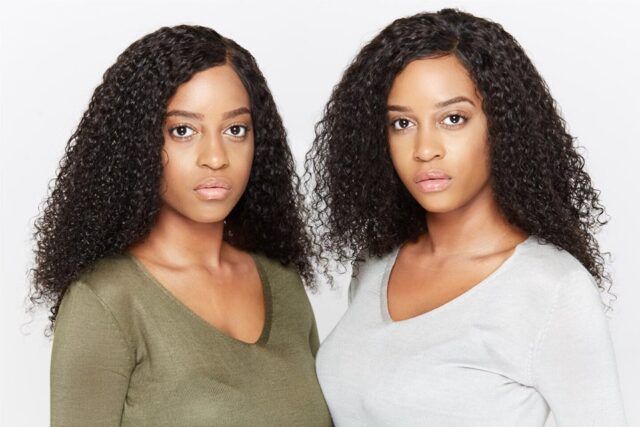 They became famous for featuring in series of movies and also starring comedy skits.

The Okan twins whose real names are Samantha and Casilda Okanlawon were born in London on the 29th of August 1998 to Mr and Mrs Okanlawon.

The twins are popularly addressed as Sam and Cas Okan. They are fast becoming a name to reckon with in the movie industry as they have featured in notable movies.

They had their upbringing in the United Kingdom, but they’ve grown up to mix up with the Nigerian, their homeland.

They obtained their GCSE from Sanders school, the UK in 2013.

They attended Identity Drama School and graduated in 2016.

In 2017, they completed a Screen Acting Course from Fox and Chips Acting School.

In the past eight years, the twins have been featured in various short films, full-length movies and TV series produced in the UK, USA and Nigeria. They have also modelled for commercials.

In 2012, they were featured in the music video of Candy Girls by Katherine Smith.

While in 2014, Sam played a supporting role in the series, Silent Witness.

In 2015, they played supporting roles in the film, Bad Education.

Sam played a role in the short film, Built To Be in April 2018. She acted alongside actor, Akash Prasad. The movie was directed by Irene Maffie.

Their short film Potent premiered on YouTube on the 24th of November 2018.

They released a short film Mind Dominance in 2019, which can be found on YouTube.

In August 2019, they travelled to the United States to shoot their Sci-fi short film, Falling Star.

In December 2019, they were cast in a 9mobile commercial alongside Frank Donga.

In 2019 they were recruited by Kunle Afolayan to join the cast of the movie, Citation. The movie was released in 2020.

In February 2020, they were signed as the new face of Fly Air Peace, and have modelled for the brand.

They were featured in the short film Escape in July 2020. The movie was directed by Jorginho Onyeme.

The Okan twins are 23 years old and have never been married. They are currently single.

They love playing tennis, basketball and netball. They love eating kinds of seafood and are big fans of Marvel films.

According to the twins, they have a serious phobia of spiders.

Their official Instagram handle is @okantwins. They have over 31.1k followers on the platform.