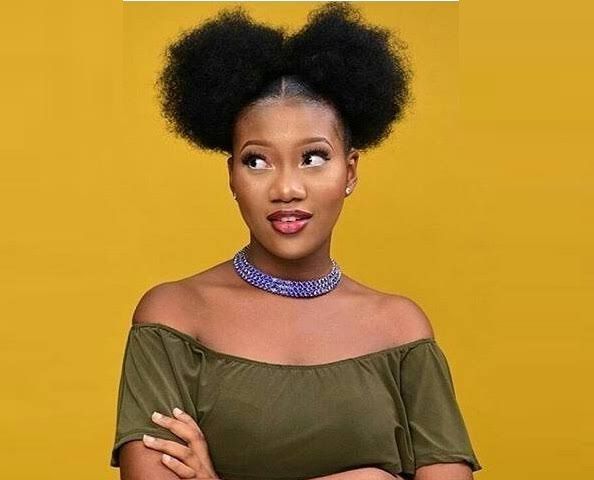 Chinenye Nnebe (born April 5, 1997) is a popular face in the Nollywood industry.

She is a talented young lady who has achieved fame as an actress, model, and brand influencer.

She was introduced into the movie industry at an early age by her mother, Uche Nancy, a renowned costumier, and movie producer.

She broke into the national limelight after her stellar performance in the movie, Dry.

Chinenye Nnebe was born on the 5th of April 1997 in Asaba, Delta State. Her mother is a Nollywood veteran, Uche Nancy, a successful costumier, movie producer, and director.

Growing up in the South-South part of the country, she started out as a child actor. Under the guidance of her mother, she acted in her first movie at the young age of 3. This was in 2000. She delivered a good performance for a debut and progressed in the industry year in year out.

Living in Asaba meant that Chinenye Nnebe was well exposed to the Nollywood Industry. And this gave her the opportunity to learn a lot about acting quickly and become a better actress.

Chinenye Nnebe has a sibling whose name is Sonia Uche, who is also an actress. Her other sisters are Ijeoma Nnebe and Jesinta Nnebe.

Chinenye Nnebe completed her elementary education in a private primary school in Asaba before proceeding to St. Augustine College for her secondary school education.

She graduated from one of the top universities in the South-South region a few years back.

Since her debut in 2000, Chinenye Nnebe has featured in over a hundred Nollywood movies and has a good work portfolio that includes superstars such as Ken Erics, Stephanie Okereke, Mercy Johnson, Ngozi Ezeonu, Nosa Rex, Jim Iyke, Sonia Uche, Regina Daniels e.t.c

She became a household name after she secured a role in the Stephanie Okereke-produced movie – Dry. She earned some nominations for her excellent role interpretation in the movie.

Besides acting, she has positioned herself as one of the top young models in Nigeria. She is a very beautiful young lady with dark skin and a slender shape. These features are what brands look out for in models. Thus, Chinenye Nnebe has secured brand ambassadorship deals with the likes of Jenny Glows Beauty Products, Sonia Hair Extensions, and Omah’s World.

She has also modeled for other Nigerian-based businesses such as Ammievals Gallery and Beauty Solution. Chinenye Nnebe is learning the ropes of entrepreneurship as she recently launched her clothing brand – Shop With Chinny.

Chinenye Nnebe is one of the star girls in the Nigerian social media space and has a lot of people following her pages. She currently has over 465k followers on Instagram.

Though she is just 25 years old, Chinenye is a very mature and responsible young lady. Her close friends have attested to the fact that she is a goal-driven lady who strives for excellence always. This excellence shows itself in her works.

She is currently in a romantic relationship with a handsome young man, and their love for each other is waxing strong by the day. Regrettably, his identity is unknown because Chinenye Nnebe doesn’t want her personal affairs to be in the public view. Nevertheless, it is believed that she will let the cat out of the bag after a while.

She resides with her mother in their beautiful and spacious duplex building in Asaba. She visits Lagos often. Chinenye Nnebe‘s boyfriend, husband, or spouse to be hasn’t been revealed online. Rumor has it that her boyfriend is Somadina Adinma but it has been debunked.

Though she is still considered a fast-rising act in the industry, Chinenye Nnebe’s earnings are bound to increase with time. At the moment, she has an estimated net worth of $100,000-$300,000.