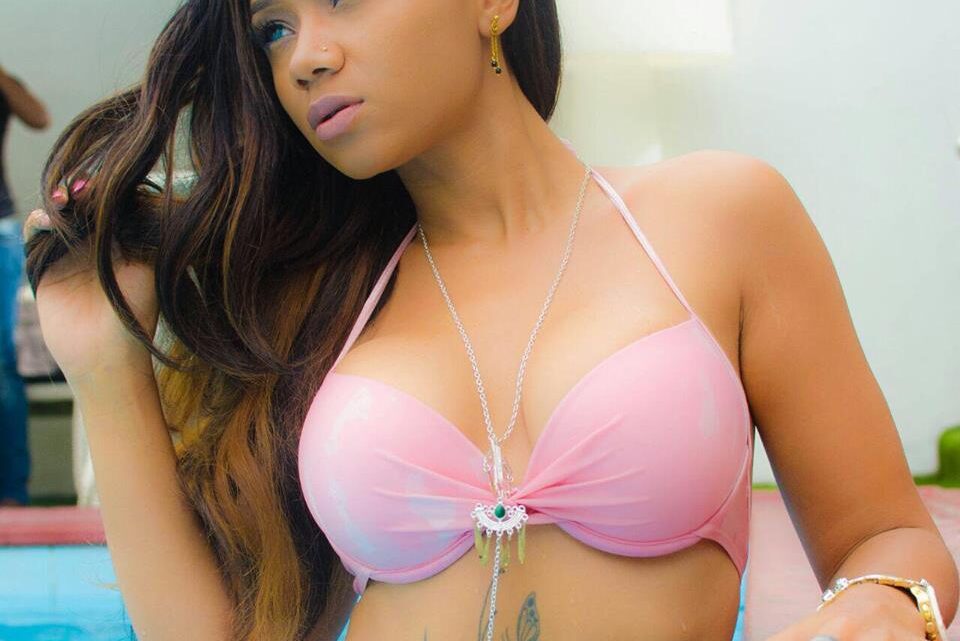 Christiana Martin is a leading Nigerian-German actress in the Nollywood industry with several blockbuster movies under her belt.

The mixed-race actress is also a model and the mother of two adorable children. She was born to Nigerian and German parents.

Christiana Martin was born on the 26th of October to a Nigerian mother and a German father in the commercial city of Warri in Delta State.

Her mother is from the Urhobo tribe. She can speak her mother’s dialect.

She is also fluent in the English Language. She’s in her late 20s of age.

She is blessed with a very fair complexion and it is easy for someone to suspect that she is mixed race.

She was raised in Nigeria, where she learnt the culture, traditions and way of life of the Nigerian People. She also knows how to converse in pidgin language.

She has been adjudged as the most tattooed Nollywood actress because she is a lover of good tattoos which are spread all over her fair skin.

Thereafter, she proceeded to the prestigious New York Film Academy to study HI-DEF Filmmaking and Acting. She achieved this feat in 2015. She studied at the Abu Dhabi campus.

As part of her training at the academy, she directed three short films.

On her return to the country, she started a professional career as an actress.

She has acted in numerous films and TV series such as Gidi Up, Breakfast, Lekki Wives, Thieves and Weavers, Twenty Four7, Love Notes, Four Brothers, Midlife Blues, Mirage, and many others.

She is also a great cook. In 2020, she was hired to host the TV cooking show, Soup Tube. In the show, celebrities are invited to come to show off their cooking prowess.

Christiana Martin is very active on social media where she posts pictures and videos of her gorgeous body on Instagram and TikTok to the delight of her fans.

She has over 16.2k followers on Instagram. Her official handle is @chrissy_mj.

The gorgeous actress, Christiana Martin loves to dance a lot and has some great moves up her sleeves. She is unmarried and a single mom to two lovely kids, a boy and a girl. Her son is the first child.

Her boyfriend, baby father, spouse or husband to be is Not Social.

She is also known for posting some funny videos on TikTok, sometimes featuring her daughter. She is very good at editing videos.

She posts videos of when she is dancing or working out in the gym regularly on Instagram.

Christiana Martin is a very comfortable actress. She owns a G-Wagon and lives in her own apartment.