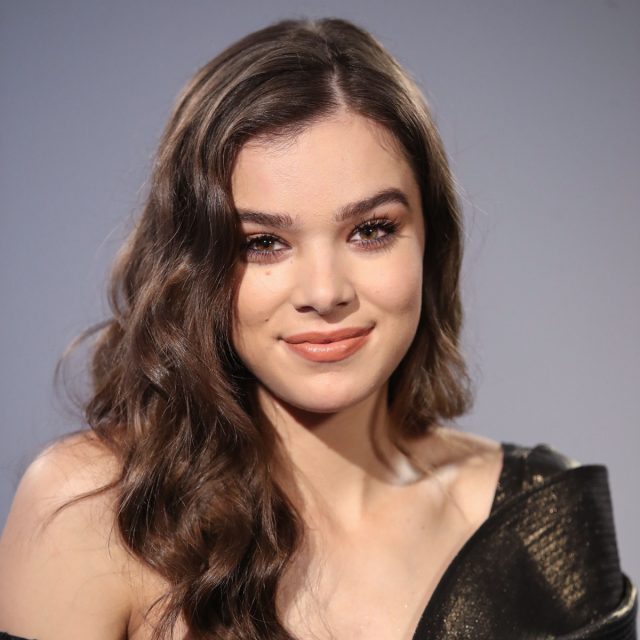 Hailee Steinfeld (born December 11, 1996, height 5′ 7″ (1,70 m)) is an American actress, model, and singer, who in her short exposure to the entertainment industry has given us memorable performances.

She rose to fame for her exhilarating and flawless performance of Mattie Ross in the 2010 film, True Grit, which earned her being nominated for an Academy Award for Best Supporting Actress and a BAFTA Award for Best Actress in a Leading Role.

She has been known for songs like; Wrong Direction, Starving, I Love Yous, Let Me Go, Love Myself, Afterlife, and so on.

Hailee Steinfeld was born on December 11, 1996, in Tarzana near Los Angeles, California. She opened her eyes to Peter Steinfeld and Cheri Steinfeld.

She is the younger of two siblings. Her mother, Cheri is an interior designer by profession while her father is a personal fitness trainer. The name of Hailee’s older brother is Griffin Steinfeld. Jake Steinfeld, her paternal uncle, is also a famous personal trainer.

In short, she belongs to a family of gems. She was keenly interested in acting during her childhood. She started to try acting at the age of eight.

She spent her early childhood in Agoura Hills and then in Thousand Oaks, California.

Hailee Steinfeld has been homeschooled since 2008 due to bullying and due to compulsion of her acting career.

Hailee Steinfeld began acting at the age of 10; she appeared in several short films, including playing the role of Talia Alden in the award-winning She’s a Fox.

Hailee Steinfeld began her domination of the film industry the moment her first movie, True Grit, was introduced to the world. As early as 14 years old, she was nominated for an Academy Award for her debut role as Mattie Ross, which launched her career even further forward. She has since had roles in projects like Ender’s Game, The Edge of Seventeen, Bumblebee, Spiderman: Into the Spider-Verse, and Dickinson, among countless others.

In spite of her busy lifestyle as an actress, Hailee Steinfeld made her way into the music industry after showing off her singing skills in the hilarious Pitch Perfect franchise. Since then, the star has toured the country, produced a television series, and been nominated for even more awards for the roles she’s depicted on the big and small screens.

Steinfeld‘s humble personality and powerful on-screen presence continue to bring her success. However, there’s a lot more to this talented actress than what meets the eye.

When she is out of her busy schedules and celebrity lifestyles, Hailee Steinfeld has also taken part in charity causes. She is concerned about the lives of kids. She is constantly working to provide better education and food to poor children from all around the world.

Hailee is neither engaged nor married.

The list of films in which Hailee Steinfeld has shown her talent is pretty long. However, some of the most prominent ones include,

Hailee Steinfeld’s net worth ranges from her acting to singing. Over the years, she has amassed an estimated net worth between $8million-$10 million.