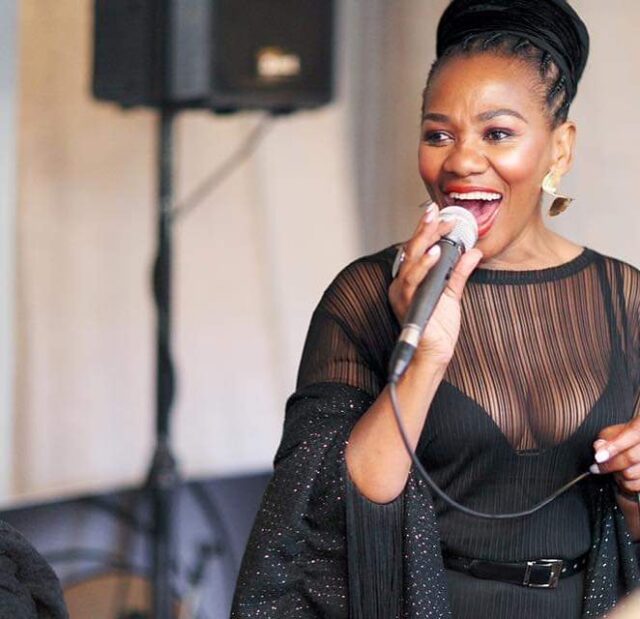 She is popularly known to television viewers for portraying Rachel Phakathi in the ETV soapie, Rhythm City from 2007 to 2008.

She is also an influencer par excellence. She is an ex-school teacher, and she has well acted in many TV series.

As a singer, she has sung for two ex-presidents of South Africa and the President of Indonesia on his visit to South Africa.

Lucia Mthiyane received the FNB vita nomination for the most outstanding performance in Musical Theater in Kippie in 1998.

She is famous for her culinary skill online.

Lucia Mthiyane was born in Umlazi township outside Durban in KWaZulu Natal.

She school at Swelihle High School. She was a brilliant student among her colleagues.

Information about her parents and siblings is currently not available.

Lucia Mthiyane career life is so broad as she runs more than four occupations altogether. As a singer, she has sung for two ex-presidents of South Africa (ex-President Nelson Mandela and ex-President Thabo Mbheki).

He as well sang for the Indonesian President on his Presidential visit to South Africa. It was possible because she is a great singer who sings with passion. She has appeared in many TV series, among which we have Muvhango, Girl Talk, Soul Buddyz, Backstage, Flat 27 and Generations.

In 1998, Lucia Mthiyane was given the FNB vita nomination for most outstanding performance in Musical Theater in Kippie. As part of her career, she has been an Ambassador for Cardussi women and Estes Lauder, where she gives motivational talks to women on essential matters.

As a chef, she was appointed as one of the Judges for the taste of Durban. Taste of Durban is a big cooking competition where many chefs from different countries gather to show their culinary skills.

She has partnered with big food brands, and currently, she is a proud ambassador of White Star, Robertsons and Nola Mayonnaise, and SANBS due to her “Cooking for your blood type” classes.

Lucia Mthiyane as well uploads different kinds of dishes on her Instagram page to be viewed by her followers. It is part of what got some thousands of followers for her on the internet.

Lucia Mthiyane is an exquisite, kind and hardworking woman.

Her work as a singer, chef, model and actress has not been easy to combine, but she has efficiently balanced them.

Lucia Mthiyane has decided to keep the name of her boyfriend or her spouse concealed from the public.

Lucia Mthiyane is active on Instagram with over 40k followers.

She has been able to build her account to this number due to her occasional video post on food and how to make them.