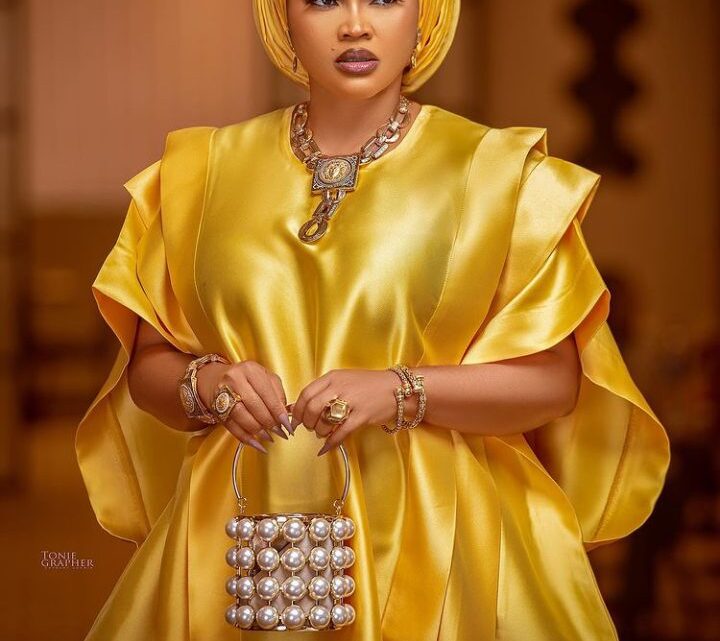 She is best known for her Yoruba indigenous movies and has starred in many of them.

The veteran actress has proven to be one of the best for portraying roles, and she’s celebrated for her versatility.

Mercy Aigbe was born on 1 January 1978 in Edo State to Pa Aigbe and Mrs Abisola Grace Owodunni. Aged 44, she hails from Benin city, which is the capital of Edo State. She has a sister named Joy Aigbe.

She is the second child in a family of five. She did her primary education at St. Francis Primary School and attended Maryland Comprehensive Secondary School, Ikeja, Lagos.

Mercy Aigbe is also an alumnus of the Polytechnc of Ibadan, Oyo State, where she received her OND in Financial Studies. In 2001, she graduated from the University of Lagos with a degree in Theater Arts.

Mercy Aigbe kicked off her acting career by starring in some soap operas, including the popular TV drama series “Papa Ajasco“.

Professionally, she joined the Nollywood industry fully in 2006 and acted in the movie that brought her into the limelight ‘Ara‘, a movie produced by Remi Olupo in Ibadan, Oyo State.

She founded “Mercy Aigbe Gentry School of Drama” in 2016.

In July 2016, she signed an endorsement deal with Edalaf Brother Limited, an IT solution company. She was made an ambassador for a fitness company called “Shape You”, the company that produced Slimming Coffee in October 2016.

Her first marriage ended due to the interference of her mother-in-law.

In 2017, she shared photos of herself after allegedly being assaulted by her husband. She consequently separated from her husband due to claims of domestic violence and started a campaign against it.

After her marriage crashed with her first husband, she had a second husband who is a renowned figure in the filmmaking field named Kazim Adeoti.

She is known for her unique style and dress. Her dress for the 2016 edition of the Africa Magic Viewers’ Choice Awards earned her great applause as she continued to trend on Twitter days after the award ceremony.

Many commended the uniquely designed dress created by Nigerian designer, Ceoluminee. She also says the dress earned her many more followers on social media.

Mercy Aigbe launched her clothing store, Mag Divas Boutique, in November 2014. Its success earned her the ″Fashion Entrepreneur of The Year″ awarded by Links and Glitz World Awards.

Entertainer Mercy Aigbe‘s new spouse, Kazim Adeoti, is the man existing apart from everything else.

Since the news broke out, when his better half pushed him into the spotlight on the event of his birthday, many are tingling to find out about the affluent Yoruba producer, film advertiser, and organizer behind Adekaz Productions.

The peaceful amusement business visionary requires no presentation in the Yoruba film industry as he is behind the absolute greatest motion pictures in the area.

Even though Kazim Adeoti delivered a portion of Mercy Aigbe‘s films and went to her occasions, he sometimes created a portion of her associate’s films.

There is not any film that he creates that she doesn’t include. Furthermore, she frequently plays lead jobs in his films. A few late films delivered by Mercy Aigbe where Aigbe played lead jobs incorporate prima Donna‘ (2021), Raboni (2021), and ‘Traffic‘ (2020), Ayomi (2018).

Likewise, Mercy Aigbe‘s most recent film, J.B.O, a joint endeavour between the two of them, was delivered on Monday,

Before wandering into filmmaking, Kazim Adeoti initially set off to pursue Business Studies at the Kwara State Polytechnic to acquire induction into the University of Jos to concentrate on Business Management around the same time.

He agreed to the last option, and after finishing his examinations, he continued to the U.S. in 2001, where he turned into a home loan dealer for ten years. A year later, he wedded his significant other and the mother of his four kids, Oluwafunsho Asiwaju.

Sometime before his introduction to the Yoruba film industry, Kazim Adeoti preferred filmmaking and diversion. So he concentrated on the plans of action of conspicuous Yoruba film advertisers, Wasiu Afolayan, Chairman of Wasai Film, and Kazeem Afolayan of Epsalum Production.

The two men were his dear companions, and they, this way, acquainted him with vital participants in the Yoruba film industry.

By 2005, he enrolled on his outfit, Adekaz Production Limited, and shot his most memorable film ‘Ona Laafin‘ delivered by Jaiye Kuti, after a year.

Like Prince Kpokpogri, Tonto Dikeh‘s alienated sweetheart, Kazim Adeoti, an until now unassuming finance manager, has been pushed into the spotlight.

He would need to figure out how to live with the freshly discovered consideration that he would get from his significant other’s fans and busybodies. He seldom embraces the spotlight, yet in an uncommon meeting with a TheCityCeleb, he shared the obstacles he defeated while tracking down his balance in Nigeria.

Having dived into land in America, he said he got a couple of houses on a home loan and gathered leases month to month as a backup plan.

After getting back to Nigeria, he confronted particular difficulties which delivered him broke.

Kazim Adeoti said:”I needed to return to sell one of my homes. The defining moment was because the cash worked for me, which should require years. I got it rapidly because I needed to accomplish the best. I put away a huge amount of cash. However, I became broke again because of the far-reaching influence.

“Yet, when I quickly returned, I realized the business way better than the underlying stage, and accordingly, I was improving.”

However, all of that is before.

The keen financial specialist has fabricated areas of strength for an and has won the core of probably the greatest carry on of the Yoruba film industry.

Mercy Aigbe has been excelling in her on-screen businesses and entrepreneurial ventures. With this, her estimated net worth is US$1 million.