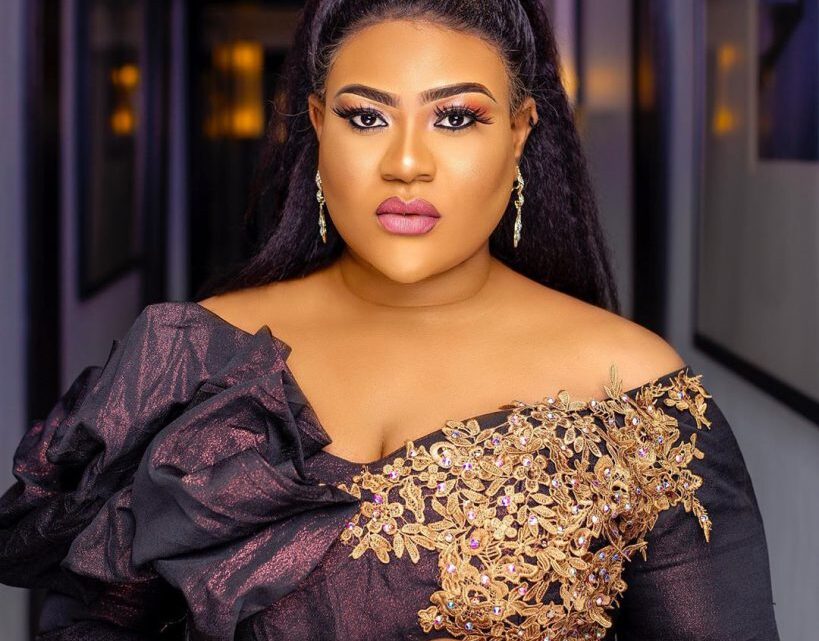 She was born in Surulere but had her growing up in both the Surulere and Abule Egba area of Lagos State.

Nkechi Blessing‘s prominent invasion proceeded when she featured in Kafila Omo Ibadan in 2012 but, she venturing into acting was sparked up by Kemi Korede in 2008 when she starred her in the movie Bewaji.

Nkechi Blessing, born on February 14, 1989, is the daughter of the popular restaurant owner and businesswoman Iya Nkechi in Abule Egba, Lagos State.

Educationally, Nkechi Blessing had her primary and secondary school education in Olu Abiodun Nursery and primary school and Barachel Model College, both in Lagos respectively.

She studied Theatre Arts at Lagos State University and also had her degree in International Relations obtained from Houdegbe North American University in the Benin Republic.

Nkechi Blessing’s major source of income is said to be entertainment-related businesses and that has wrapped her an estimated net worth of $250,000.

PS: Nkechi Blessing is a mother, she has a son.