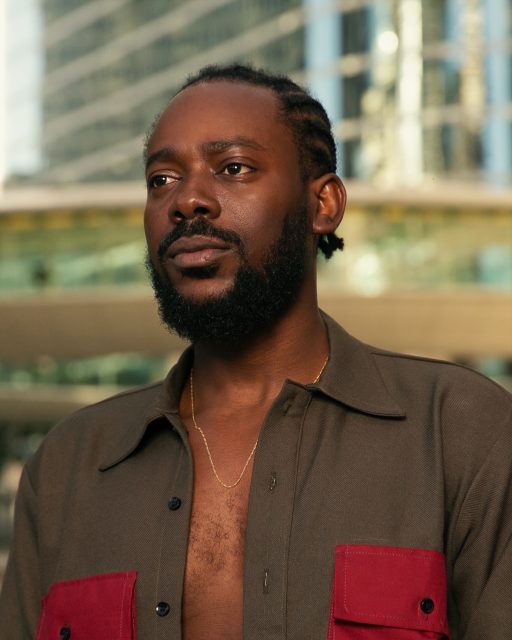 He is an amazing entity whose body of work cuts across various fields like, music, songwriting, and Photoshopping expertise.

He began his music career at the age of 15 with a song titled, Sade which was a cover to a ONE DIRECTION song titled, The Story of My Life.

Adekunle Kosoko was born into the Kosoko Royal Family of Lagos State, Nigeria in the year 1987, on January 28.

While growing up, Adekunle Gold had his interest and passion for music while always listening to songs by King Sunny Ade and Ebenezer Obey.

Therefore, he went ahead to bring his dreams into reality by writing his first song, Sade in 2002 at the age of 15 years old.

Which was a cover of one direction’s song, titled, The Story Of My Life.

Adekunle Gold has a Higher national diploma in Arts and Design from the Lagos State Polytechnic in Nigeria.

Adekunle Gold started his career as a musician in 2010-present and has made three albums and various singles since then.

After writing his first song at age 15, he went ahead to disband himself from a group he created with his friend in school. In 2014, he went solo.

He was also popularly known on social media as King of Photoshop after he skillfully edited and posted a photo of him hugging Tiwa Savage.

He later went on to release his first official song, written and sang by him, Sade on 19 December 2014.

Though it was a cover of One Direction‘s song, The Story Of My Life, it blew up and was even nominated for Best Alternative Song at The Headies 2015. It was an amazing hit.

Then, he joined the record label, YBNL Nation on 5 March 2015, and released another song, Orente through the label.

At the 2015 City People Entertainment Awards, he was nominated as the Most Promising Act of the YEAR.

On the 18th of July, 2016, He disclosed the cover, tracklist of the debut album titled, Gold. The album has 16 tracks, which had musical productions from Masterkraft, Seyikeyz, Oscar, Pheelz, and many more. It was released 3 days before the actual release date, which is 25 July 2016.

Therefore, It got a lot of critical reviews from contemporary music critics and still got to #7 on the Billboard World Album Chart for the week of 13, August 2016. And this followed his departure from the record label, YBNL Nation because of the expiry of his contract with the label.

But he didn’t give up and went ahead to reveal his band, The 79th Element in accordance with the Atomic number of gold on the table of elements.

Then, the Unity Bank uncovered Adekunle Gold as their Brand Ambassador on 15, January 2018. And He released another album, Afro Pop Vol. 1 on the 21, August 2020.

Adekunle Gold married Simi who is also a singer in a cliquey ceremony in January 2019. That is, they only invited close relatives and friends to the wedding. It was later discovered that they’ve been dating for 5 years before then.

They were blessed with a beautiful baby girl, Adejare Kosoko Deja in May 2020.

Fortunately, he was able to repair and sold it off for 400,000 Nigerian naira.

Unfortunately, Adekunle Gold has been linked to accusations of infidelity. This was first mentioned by a popular blogger, GistLover on 21st March 2021 but as all this occurred, it was unveiled that his wife, Simi was aware of his infidelity.

However, in as much as the claims were made against him, he and his wife made no comment concerning it.

Adekunle Gold has an approximated net worth of 1.5 million dollars. He earned this through his career as a musician and graphics designer.