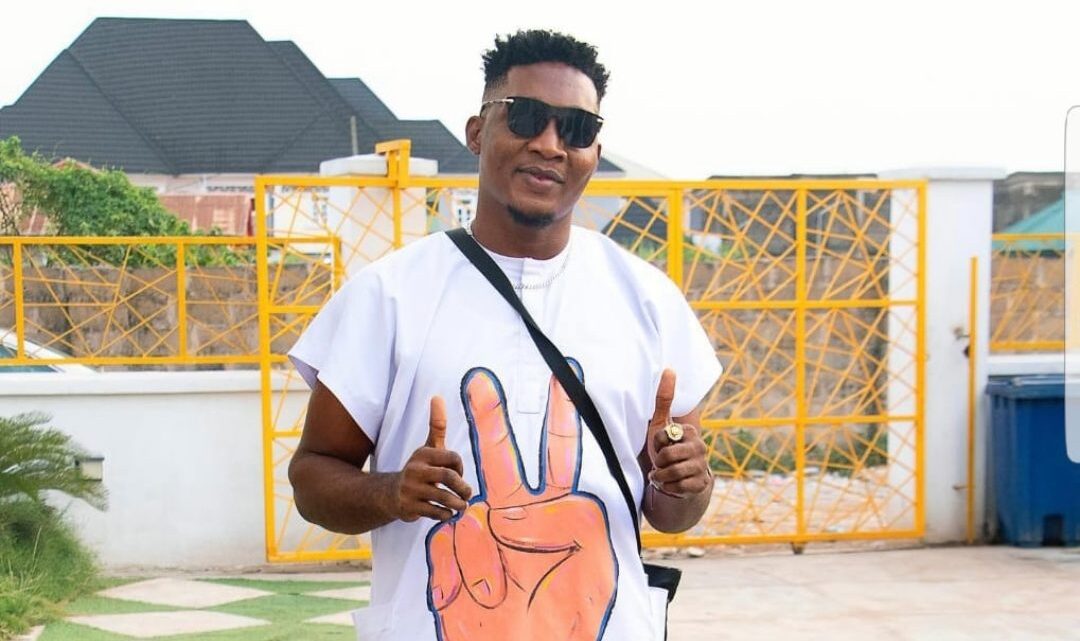 Goya Menor Bright (born May 4, 1995) is a fast-rising music star in the Nigerian music industry. The Edo-born artiste is a rapper, songwriter, and hypeman.

The rising star had his shot at fame in 2021 when his song Ameno Amapiano remix became a sensational hit. The song, which is currently the choice song in clubs and parties across Africa, has also made it to the shores of North America and Europe, where thousands of Westerners are jamming to it.

Goya Menor has secured the spot of the newest kid in the block by collaborating with Ghanaian recording artist and producer Nektunez to release the remix version of the song, Ameno Amapiano in June 2021 Nigerian music industry.

Goya Menor Bright was born to the Southern family of Mr. and Mrs. Menor on the 4th Of May 1995. He is an indigene of Edo State in the South-South region of Nigeria. He was birthed and raised in Ekpoma City in Edo State.

He comes from a Christian background, which helped mold him into a man with strong morals and prevented him from joining gangs while growing up, like many young men of his age.

From an early age, Goya Menor began to have a taste of the wealthy Nigerian music atmosphere as he spent hours listening to songs by Nigerian artists on the radio and TV. Thus, he came across Hip-hop, Afrobeats, Afropop, and R&B sound. He also listened to songs by American artists, and this was where his love for rap developed.

Goya Menor grew from rapping all the verses in his favorite rap songs to composing his own rap lyrics to performing them at school events as his schoolmates cheered him on. Being a member of his church’s choir also helped to improve his vocal prowess. So his parents weren’t surprised when he informed them that he planned on making music professionally.

The Menors ensured that their children received a quality education, and Goya Menor wasn’t an exception.

After passing his final exams, he applied to study Sociology at Ambrose Alli University, Ekpoma and was offered admission. He graduated with a Bachelor’s degree to complete the mandatory four years of course study.

As an undergraduate, Goya Menor flexed his creative muscle by continuously refining his sound as he created music. He was a notable face in the university’s music community, owing to the fact that he performed at most events on campus.

However, after graduating from the university, he didn’t hit it big quickly like he hoped he would. Despite pushing out a couple of songs, they weren’t doing very well in the music market. Although he had a good standing as an artist locally, Goya Menor wasn’t satisfied and aspired to achieve better. Thus, he decided to move down to Lagos, the music capital of Africa, to foster his growth in the industry.

This was a good move on his part as he soon came in contact with budding rapper, Erigga, and the duo recorded a rap song, Make I Yarn, in 2016. The single did better numbers than Goya Menor‘s earlier songs.

While his career was yet to attain the traction he desired, Goya Menor decided to give a shot at hyping and became a hype artist. In no time, he became one of the top-rated hypemen in Lagos, as he performed in the leading clubs and lounges in the city.

Nevertheless, he was unresolute in his dream of creating and releasing a top-charting song. Fortune finally smiled on him in 2021 when he linked up with Ghanaian producer, Nektunez. He pitched the idea of recording a remix version of the trending club jam, Ameno Amapiano, to the other artiste, who bought into it immediately too. While Nektunez handled the production side, Goya Menor wrote down the rap verses and recorded the single in June 2021.

The single didn’t become an instant hit right away and took months of promotion before it became the choice song in clubs and parties. Within weeks, Ameno Amapiano rose to the top of the table in several music charts as millions of people streamed it non-stop.

The song became the most Shazamed song in the world in December 2021, and it climbed to the number one position of Apple’s Top 100 Songs. Due to the virality of the single, it has been used as the background music for several TikTok, Facebook, and Instagram videos including being used in the official Champions League TikTok Page. Many social media content creators have created content based on the song’s theme.

For being one of the faces behind a highly successful song, Goya Menor has received several collaboration requests from A-list and rising African music artists. Recently, the rapper teamed up with indigenous rapper and music star, Zlatan Ibile to record a smashing hit which is set to be released soon.

He is not signed to any record label right now.

Goya Menor has an ever-growing fanbase, and he connects with most of them via social media. He currently boasts over 70.9k followers on Instagram.

Goya Menor turned 27 years old on the 4th Of May. The handsome music star resides in Lekki, in Lagos State. He stays in a well-furnished apartment and owns a nice car.

He travels down to Edo State to spend time with his family members during the holidays. Although he used to be in a serious relationship, Goya is currently single.

Despite being open to a new relationship, the rapper is quite busy at the moment, and he is more focused on building his growing career.

Moreso, Goya Menor is an anti-cultism advocate as that is the theme behind the lyrics of the Ameno Amapiano remix. According to him, he created the song to admonish youths not to join cults and instead focus on working hard as they pursue their dreams.

As a rising act in the music industry, Goya Menor earns income from performing at shows and concerts and working as a hype artist at clubs.