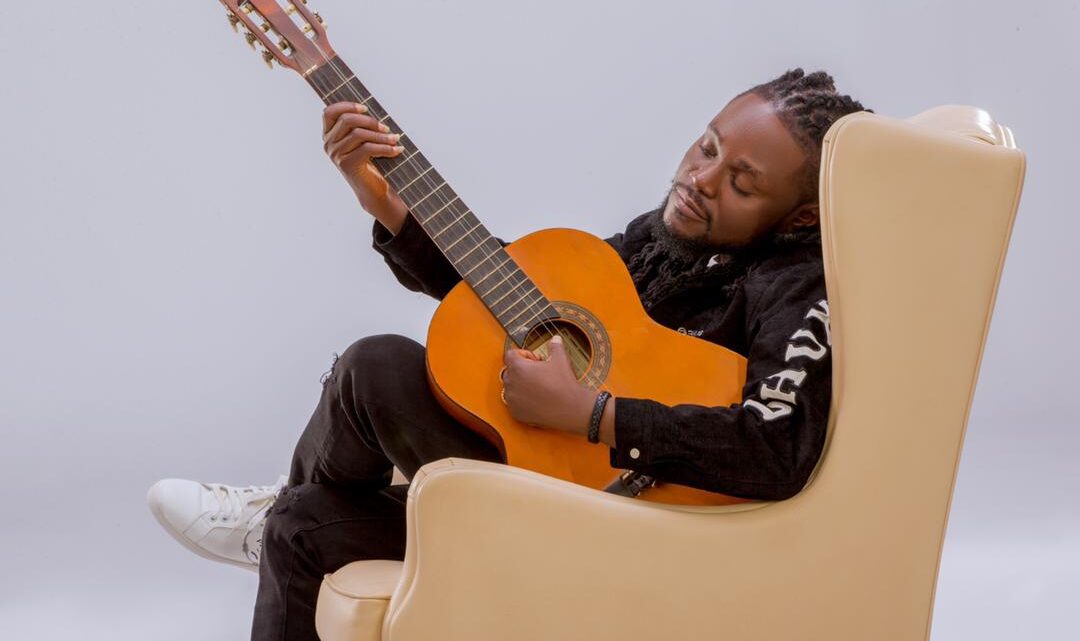 Joshua Abiola James (born February 8, 1983), who is known professionally as JayTime, is one of Africa’s finest creatives.

The young Nigerian is a singer, songwriter, producer, and studio engineer.

He has also extended his wings to the fashion industry, where he works as a fashion designer.

He is the voice behind the top-charting singles, Kiss N Tell and Come To Me. For the remix of Kiss N Tell, he featured Afrobeats star, Buju.

On the 8th of February 1983, a glorious star, JayTime found its way to the earth and down to Nigeria in the form of a bouncing baby boy.

The star, JayTime, was born to the family of Mr. and Mrs. James, who resided in the coastal town of Badagry.

His parents chose to name him after the biblical leader and general, Joshua.

Little did they know that it was in the discipline of music that their son would be a leader.

He was raised in Badagry, where he experienced first-hand the fishing, trading, and tourism activities going on in the town.

Growing up, JayTime communicated with his parents in Yoruba and English. Yoruba was his native language as both his parents are from the ethnic group. He is also an indigene of Lagos State.

Music came calling for Joshua during his early teen years. He started off as a drummer in his church’s choir. He mastered the playing of drums in no time, and due to his skillfulness, he was recruited into a music band.

Joining a music band gave him the opportunity to learn more about music as he performed at different events across Lagos.

JayTime‘s education journey began in a kindergarten close to his house. After that, his parents enrolled him in a primary school.

After six years of study, he earned his First School Leaving Certificate and graduated from elementary school.

He secured his West African School Certificate from a reputable secondary school in Badagry. He passed out of high school with flying colors.

Encouraged by his success with playing the drums, JayTime decided to give music a shot. So, he started composing both songs and rap lyrics. While many aspiring artists of his generation could not combine rapping and singing together, Joshua wore both hats well. By this time, he was already known by the stage name, JayTime, which was his original nickname.

Driven by his passion for music, JayTime began spending more time composing and recording songs in the studio. It was during this period that he learned about studio engineering and soon became a studio technician.

The rise of Afrobeats in the past years has not been without the contribution of JayTime. Regarded as one of the fast-rising singers in the industry, he came to the national limelight after dropping the single, Come To Me, in October 2020.

Come To Me took the Nigerian music market by storm as it was played on several radio stations across the country, winning many fans for JayTime. In addition, the song, which was written and produced by JayTime, amassed thousands of streams on major music streaming platforms.

Due to the single’s success, JayTime received invitations to perform at several shows and concerts in the country, where he displayed his creativity and originality as an artist. When he was asked the inspiration behind the hit song, he said, “The song projects the Originality of the African man.”

The song’s music video, which was directed by Stanz Visuals, has earned over 1 million views on YouTube.

After weeks of keeping his fans in suspense, he released the single Kiss N Tell in August 2021. Like he hoped it would, the song blew fast and became one of the choice songs of music lovers in the country. As an artist who is big on collaboration, JayTime decided to capitalize on his success and drop a remix of the song.

He worked with Buju on a remix which was released in September 2021. The remix struck gold in the hearts of his fans, and it has earned thousands of streams so far.

Despite his celebrity status, JayTime still likes to maintain a low profile. Instead, he is more focused on pushing his music career so that more people would get to hear his unique sound.

When not creating music, he is running his fashion business. A creative fashion designer, he has worked with many brands in the country to meet their clothing needs.

JayTime is also the Founder and CEO of JNK Entertainment & Clothing.

Standing at five feet tall, JayTime is a handsome young man, which is why he always draws the attention of a lot of female fans. He keeps very long but well-kept dreadlocks.

The famous music star is a Christian and attends a Bible-believing church regularly. He is happily married with children.

He resides in a well-furnished apartment building in Lagos city and owns a lovely ride.

The music star, JayTime has marked his name in the leaders of the fast-rising afrobeat artists in Nigeria. His net worth is still very much under estimation.