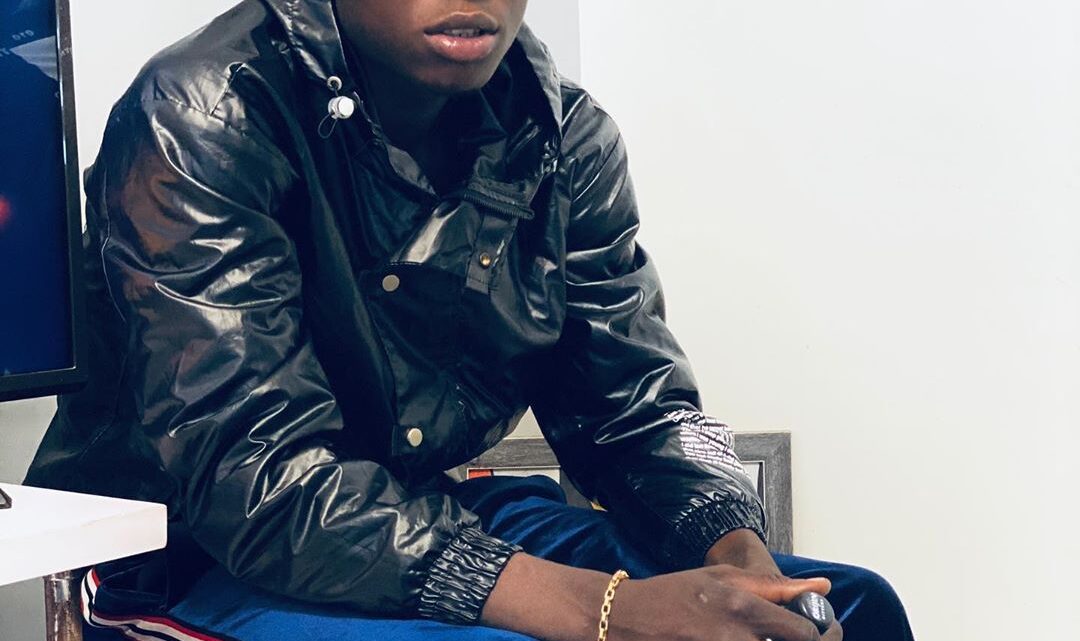 Ilerioluwa Oladimeji (born June 8, 1996) is one of the shooting stars in the Nigerian music industry. Known by all and sundry by the moniker, Mohbad, the young musical genius is a multi-faceted artist.

He is a rapper, singer and songwriter. He became a national sensation after signing to Marlian Records by Naira Marley. He rose to international stardom after teaming up with recording artist and producer, Rexxie to release Ko Po Ke (KPK).

He is the brain behind top-charting songs like Real Hustlers, Ronaldo, Jaabo, and Balan Zia Gar. He has also lent his vocals to the creation of hit songs such as See My Bounzer, Fire, Oja, Adura and Owaale.

Mohbad was born in the mid-90s to the family of Mr and Mrs Oladimeji. He was born on the 8th of June, 1996 in Ketu, Lagos State.

Days after his birth, a naming ceremony was organized to celebrate his arrival into the world, and his parents named him – Ilerioluwa Oladimeji.

He came from a middle-class background and was taught good moral values by his parents. He was born and raised in Lagos, residing in the Mainland area of the city.

Mohbad‘s parents are Christians and raised him up in the same faith. He is a Yoruba man who hails from one of the Southwestern states in the country. Although he was taught the rudiments of the English language in school, he learned how to speak Yoruba fluently when he was a little boy.

Ilerioluwa Oladimeji Aloba who invaded Instagram with a popular nickname MohBad who also addresses himself as “Imole” is a 25 years old Lagos-born Nigerian rapper, singer, and songwriter.

Mohbad, born June 8, 1996, became a household name through series of Instagram music skits which saw him doing covers to popular songs and also releasing his own tracks making him worthy to be considered.

The Oladimejis ensured that they equipped their son Mohbad with a quality education while he was growing up.

He attended a leading private school for his primary school education.

He completed his middle and high school education at a top public-owned school in Lagos State.

Mohbad‘s passion for music can be traced back to his secondary school days when he was one of the leading creative students. He was known for performing freestyle rap songs during lunch breaks and at school parties.

He would bring out his notepad and compose rap verses and songs in his leisure time. He would then perform these songs to the admiration of his close friends, who kept on encouraging him.

However, in 2016, he decided to pursue a professional music career. Having improved his songwriting, singing and rap skills over the tears, he decided to give music a shot. This was the period where the stage name, Mohbad was born.

Early on in his career, Mohbad had decided that he wanted to specialize in Street Pop and looked up to artists like Olamide, Dagrin, Naira Marley and Lil Kesh. He began to visit recording studios in his neighbourhood to make music that was a mix of Yoruba and Pidgin.

He released a couple of songs, which did fairly well in his locality but didn’t get him the desired traction. To fast track his growth in the industry, he began to record freestyle rap and singing videos and posted them on his social media channels. This decision proved to be a good move, and he soon became popular on social media, as most of his videos were going viral on a regular basis.

This move also helped him secure a big break in the industry as he began to receive collaboration requests from A-list and rising artists in the industry. Mohbad struck gold in December 2019 after he was signed to the newly founded Marlian Music Records by Naira Marley.

Since he came onto the big stage, Mohbad has worked with a host of artists ranging from Oladips, Rexxie, Micee, Bella Shmurda, Lil Frosh, C Blvck, Zinoleesky, to Naira Marley.

In 2020, he collaborated with award-winning producer Rexxie to release the street anthem single, KPK (Ko Po Ke). For weeks, the song sat at the top of many Street Pop and Afrobeats charts. The success of KPK helped to grow Mohbad‘s fame and fanbase and introduced him to the international music community.

He thrilled his fans with another banger in 2020 by dropping the party jam song, Balan Zia Gar. As soon as it was released, the single became the choice song in clubs and parties across the country.

Mohbad is said to have started his music ambition at an early stage of his life doing majorly rap songs. He added singing while growing in music and understanding the importance of being versatile as a Nigerian rapper because of the competitive nature of the industry.

Since a trademark is trending that as a rapper in Nigeria, you have to know how to sing unless you don’t want to be cashing out big compare to the singers which saw most Nigerian rappers singing, Mohbad Oba Imole didn’t fail to jump into that moving train as he didn’t just venture into the singing aspect of music but also perfected his singing sound.

While dropping series of songs, then came the major deal for the 25 years old musician, Mohbad as he got a call up by Naira Marley to be among the Marlian Records alongside Zinoleesky, Fabian Blu, and C Blvck. This happened to be his major breaking deal in the industry since his invasion.

Social media has played a huge role in Mohbad‘s rise in the industry. He has successfully built a large following on social media.

The singer Mohbad resides in a serviced apartment building in Lekki Lagos. He is the proud owner of two exotic cars, which can be found in his garage. He is also known by the moniker Oba Imole.

He is close friends with Zinoleesky, C Blvck, and Fabian Blu, who are his label mates.

The dark-skinned artiste is loved by his fans because of his distinct vocals and superior songwriting prowess.

Besides making music, Mohbad‘s also a brand influencer. He leverages his celebrity status to work with brands in the country to sell their products and services.

The rapper Mohbad is currently single, having broken off from a serious relationship months ago. However, he is open to being a new relationship if he finds the right partner.

Mohbad has been a victim of oppression from Nigeria’s law enforcement agencies. He was arrested and kept in detention by the NDLEA after operatives of the agency raided his apartment. He was arrested alongside label mate, Zinoleesky. The duo were released after their label boss, Naira Marley, intervened.

The singer Mohbad has made a name for himself in the music video. This is why he is often invited to perform at shows across the country. He also obtains royalties from his discography.