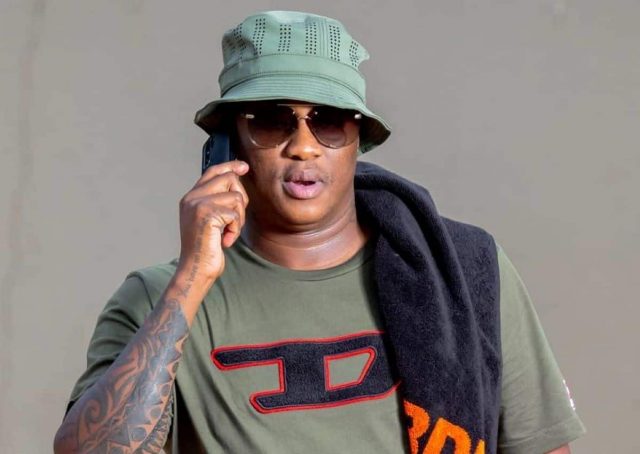 He effortlessly transitions from one musical genre to the next.

He has become a household name and one of South Africa’s top entertainers as a result of this quality.

Jub Jub is well-liked by the corporate business advertisement sector.

Jub Jub was born and raised in a family of five in Soweto, Orlando East on the 29th of June, 1980.

Since he was a child, Jub Jub has had a penchant for the entertainment industry.

He had an interesting career that included appearances in well-known South African commercials when he was still a teenager.

Aside from that, he is the son of Jackie Maarohanye, and this has helped him become a well-known figure in South Africa.

Jub Jub was the first South African to receive a scholarship to La Guardia High School for the Performing Arts, a well-known FAME school.

The institution is in Manhattan in New York. He obtained this scholarship after completing his high school in Soweto, South Africa.

From the start, Jub Jub songs have received a positive response from the public. His debut album, THE RARE BREED, released in 2006, was the first of many good songs he would release, and South Africans couldn’t get enough of him.

GOOD TIME OF YOUR LIFE, in particular, received a fantastic response from the public and went on to become one of the most popular songs on many radio stations and television music channels. This song was so amazing that Jub Jub was asked to perform it at the Metro FM Music Awards in 2006.

MY SHINE, Jub Jub‘s second album, was released in 2007. Jub Jub Ndikhokhele, a huge single that had everyone captivated, was included in this album.

He and the Jaziel Brothers worked together on Ndikhokhele. The song was so well received that it was nominated for many music awards in 2008. It was nominated for both the Best Hip Hop and Song of the Year categories at the 2008 SAMA Awards.

It was also nominated for Song of the Year at the Metro FM Music Awards in 2008. MY SHINE outperformed everyone’s expectations, becoming one of South Africa’s most well-known Jub Jub albums. Jub Jub was invited to perform as the opening act at the 2008 SAMA music awards.

When Jub Jub launched his third album, FRESH AIR, in 2009, he gave his fans a dose of fantastic music. In collaboration with Sheer Music, he released this album on his own record label, Rare Breed Entertainment.

Thembisile Ntaka, RJ Benjamin, Lungelo, BonezittoAmu, Zwai Bala, and Guffy Pilane were among the award-winning artists with whom he cooperated.

Jub Jub‘s new show, Uyajola, aims to reveal adultery among married couples. This is the South African version of the cheaters. This episode reveals the crooked tactics of the cheating partner, exposing the secret ways of cheaters in South Africa.

He is performing for the first time after his release from prison in 2017. Jub Jub warned in an interview with a local station that the program is not for those who are too emotional. He stated that “I’m honored to be a part of a presentation that is the first of its type in Mzansi.

Cheating and infidelity are unquestionably social problems that are wreaking havoc in South African communities. As a result, my goal with this presentation is to raise awareness about the effects of infidelity on all those who are affected.

As you may imagine, performing a show like this requires a great bit of guts because you are dealing with people’s lives and grief on a regular basis. It’s not for the faint of heart”

Before his incarceration, Jub Jub was with Kelly Khumalo. Khumalo is an actor and a singer.

She is also a single mother of two who frequently publishes stuff about her adorable daughter Thingo, whom she adores.

Senzo Meyiwo, Thingo‘s father, was a soccer legend who was assassinated in Kelly’s hometown of Vosloorus. Kelly Khumalo and Jub Jub had a son, Christian.

Christian is an attractive young man who, according to online gossip sites, will turn many heads as an adult. Jub Jub announced his marriage to an unknown woman. He boldly stated that he is married, but he was not ready to reveal the woman’s identity.

When questioned why, he stated that he did not want to expose his woman or their relationship to the public.
On March 8, 2010, Jub Jub and his friend, Themba Tshabalala were involved in a car accident that resulted in the deaths of two schoolchildren and the permanent injury of another.

This occurred after the two became involved in drag racing while on heavy narcotics. The race was held on a public road with a school nearby.

The race was held on a public road with a nearby school. Four children died, while two others sustained severe head injuries that resulted in neurological damage.

Jub Jub and his companion were sentenced to 25 years in prison on December 5, 2012, for attempted murder and three other crimes. The two filed an appeal against the court’s decision, which was heard on February 7, 2014. Their murder conviction was reduced to culpable homicide on October 8, the same year, before a high court in Johannesburg.

Their sentence was lowered from 12 years to 10 years as a result of this. After completing somewhat more than 4 years in prison, Jub Jub and his friend were freed on parole in 2017.

The South African musician and television personality, Jub Jub has accumulated an estimated net worth of $250,000-$500,000.