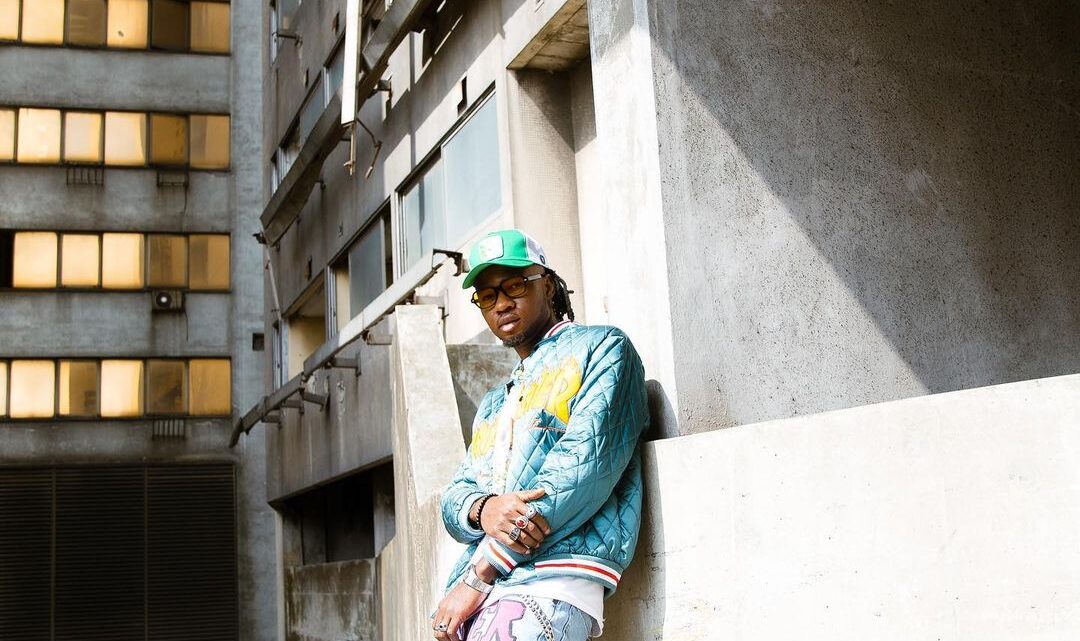 The talented singer and songwriter is currently the artist on everyone’s lips since he dropped his official debut single, Wanted.

The song, which has generated thousands of streams online, has positioned the Jos-born artiste as a rising star in the entertainment industry.

Mulla Rae hails from a Christian home, and this explains why both his first and last name, Andrew Emmanuel, are biblical names. He was born to the family of Mr. and Mrs. Andrew in the cold city of Jos in 1994.

Arriving into the world in the month of December, Mulla Rae would go on to spend his early years in the city. Though born in Jos, his native state is Kogi, North Central Nigeria.

To kickstart his education process, he was enrolled in a kindergarten close to his parents’ apartment. Then, during the early 2000s, the Emmanuels relocated from Jos to the city of Lagos.

From an early age, his parent instilled good morals, the drive to be disciplined, and the courage to continuously pursue his dreams in him. This was why when Mulla Rae discovered his love for music at age 16 and wanted to take it up professionally, his parents didn’t discourage him. Instead, they gave him the necessary support.

After six years of rigorous study and participating actively in extra-curricular activities, he earned his West African School Certificate. He graduated with good grades from one of the top high schools in Lagos.

Passionate about educating himself and improving his knowledge base, he applied for admission at Lagos State University.

He is currently an undergraduate in the Creative Arts department of the University.

Mulla Rae started writing down music lyrics in 2010, a very creative artist when he was barely sixteen. His passion for music made him fill the pages of many note pads in his room composing songs. He also started performing the songs in the presence of his family members and friends in the neighborhood.

Encouraged by the positive reviews he got from his folks, Mulla Rae decided to conquer his fear and began visiting a nearby studio to record songs.

However, Mulla Rae discovered early that he had a lot of work to do before growing in the industry. So he started working on his sound to refine it to set him apart from other artists. Thus, he put off releasing projects for a while because he wanted to grow his creative prowess and learn more about the music business.

During this phase, he recorded a couple of demos that caught the attention of some music enthusiasts when he performed them in local shows and concerts.

After years of underground work, he decides to break into the music scene in a grand style. And he did this with his official debut single, Wanted. The song was an instant hit, winning Mulla Rae many fans. The single became one of the raving songs in the country as it received playtime on major radio stations. Due to the single’s success, his management team decided to shoot a music video for the song quickly. His fans had demanded it.

After weeks of keeping his fans in suspense, he dropped the visuals of his hit single, Wanted, in April 2021.

On the 11th Of September 2021, Mulla Rae let his fans in on his forthcoming project when he posted pictures of him and Afrobeats singer, Zinoleesky in a recording session. The duo just collaborated together on a single. The single, whose title is still unknown, is expected to be out anytime soon.

The Afrobeats star is currently signed to MullaDrew Records, where he owns significant shares in the record label.

The social media space is Mulla Rae‘s playground, as he has built a solid online presence over the years. He engages with his fans and uses them to promote his work with his social media pages.

The handsome artist, Mulla Rae turning 27 years old is a feat to adore. A lover of good shoes and jewelry, Mulla Rae is fair in complexion and likes to keep dreadlocks.

Considered a ladies’ man due to his good looks and the attention he receives from his female fans, Mulla Rae is currently single.

He lives in a well-furnished apartment in Lagos State, where he is also studying at a state-owned university.

Aside from making music, he is actively involved in the real estate sector, where he works as a realtor, helping Nigerians solve their housing needs.

Despite being a student, Mulla Rae is actively involved in the process of wealth building. He currently has an estimated net worth of $10,000-$20,000.