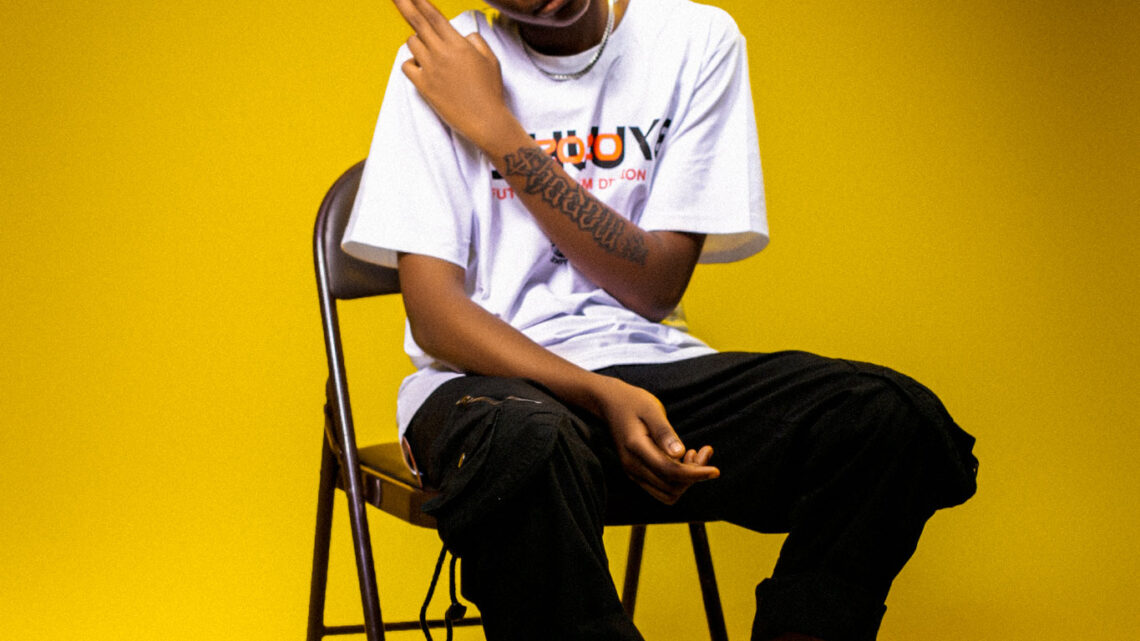 As one of the few females in the sub-industry, she has built a strong fanbase with her great rapping ability.

She is the voice behind the hit singles Chioma Ajunwa, Chuba Ego, and Buhari Has Been A Bad Boy.

As a result, many music pundits have credited Sha Dow to be the leading Igbo female rapper in the country.

Sha Dow was born to Igbo parents, Mr and Mrs Anaduamaka, on the 4th Of June 2020.

Her parents, devoted Christians and of the pentecostal faith, gave her the birth name Chinwendu Christophine.

At her home and in the neighbourhood, she was known as Chinwendu.

She is a native Of Onitsha City, Anambra State. She spent her formative years in her home city, living with her parents and siblings.

Growing up, Shadow took up the tomboy’s behaviour and was known to engage in activities other girls considered too daring. For example, she often played ball with the boys in her neighbourhood. So it didn’t come as a big shock to her parents when she announced to them that she wanted to make music.

Sha Dow‘s journey into music started from listening to highlife, Pop, Afrobeats and Hip-hop songs. However, she took more interest in Igbo rap, which she felt was better to express her creativity. Moreover, she preferred rapping in her mother tongue to doing rap songs in English.

So, inspired by music icons like Nigga Raw, Phyno and Zoro, she chose to tread the path of an Igbo rapper and started learning about the craft.

Sha Dow was educated at top primary and secondary schools in Anambra State.

She obtained her West African School Certificate in 2018. She applied to a university in South-East Nigeria and was given admission to study the course of her choice.

She is currently an undergraduate and set to graduate in a few years.

After several months of learning about the Igbo rap genre, she decided to kickstart her career professionally in 2019.

In November 2019, she was one of the artists invited by Hero to perform at their concert held in the South East, Nigeria. On the 15th Of December 2019, she dropped a video on her Instagram page where she did a cover of the song Win by Timaya featuring Falz The Bahd Guy. The video went viral on the social media network and got to the attention of Timaya, who commended her for the work she had put into recreating his song in her own dialect.

She didn’t put a lid on her creative juice and kept doing the cover of popular songs. Another such singles which went viral on the internet are the song, Get It On by Phyno. The video amassed thousands of likes and comments, as many people, including Phyno, commented that they were wowed by her rapping skill. She released the video on the 17th Of January 2020. It was her way of welcoming her fans to the new year and reminding them that she had a lot of great works in store for them.

Seven months later, Sha Dow dropped the single, Chuba Ego, on the 22nd Of July 2021. The song was a hit in South-East Nigeria, where most of her fanbase resides. Within days of releasing the song, it became one of the chosen songs played in clubs across the sub-region. It also received massive airplay on radio stations, winning her new fans among radio lovers.

Chuba Ego set the pace for Shadow to ascend quickly in the industry, and she began receiving invitations to perform at high-end shows across Southern Nigeria.

The video of her freestyle rap song, 247, did great numbers on Instagram with over eighteen thousand views. The work was posted on the 30th Of August 2020.

Sha Dow lent her voice to the fight against police impunity in Nigeria by participating in the EndSARS protests of October 2020. She also allowed her talent for the fight by recording the song, Buhari Has Been A Bad Boy. The freestyle rap song, released on the 17th Of October 2020, saw her work with fellow rapper, Obitoo, and sound engineer, Mkrunky Mix.

To celebrate with music icon, Olamide on the release of his album, Carpe Diem, she did a cover of Triumphant, one of the top songs of the project. She released the freestyle video on the 8th Of November 2020.

In March 2021, she did a cover of Ire Tuntun by Yoruba rap artist Deniy Vic. While in May 2021, She was invited by media network Hot Television to come and showcase her talent at their freestyle session. Her work caught the attention of popular rapper and hypeman Slimcase, who invited Sha Dow to perform at his weekly Instagram Live Rap Sessions in July 2021. Again, she wowed viewers’ minds with her flow and good bars, which helped her win more fans in the city of Lagos.

Three weeks after her performance at Slimcase‘s show, she did a cover of a song by Reminisce and Olamide. Shortly after, she recorded another win by being featured on the remix of the song, Kpoi by Jagad Panda.

On the 11th Of August 2021, she dropped her highly anticipated single, Chioma Ajunwa. The song saw her collaborate with A-list Igbo rapper Zoro. She dropped the visuals of the song on the 14th Of August.

The video was shot by leading Igbo cinematographer Kemz Art.

She recently collaborated with her colleague, Obitoo, on his song, E Go Work, which was released on the 11th Of October 2021.

Sha Dow is one of the leading brands on social media. She has 36.1k followers on Instagram.

The 19-year-old rapper Sha Dow is known for her tomboy look as she prefers to wear shirts and trousers. She also wears a dreadlock hairdo.

Although she is keen on achieving continental fame, she is taking things one step at a time. A very good planner, she has been able to manage a successful career with her academics. She likes to describe herself as God’s Own Girl and a Hard Youngin. The latter name expresses her struggles to become a star.

Sha Dow is currently single and is more focused on her career at the moment. However, she has a record deal with the music label Demaker Records.

Sha Dow‘s net worth is estimated to be valued at $30,000, which is a great financial standing for a rising artist.