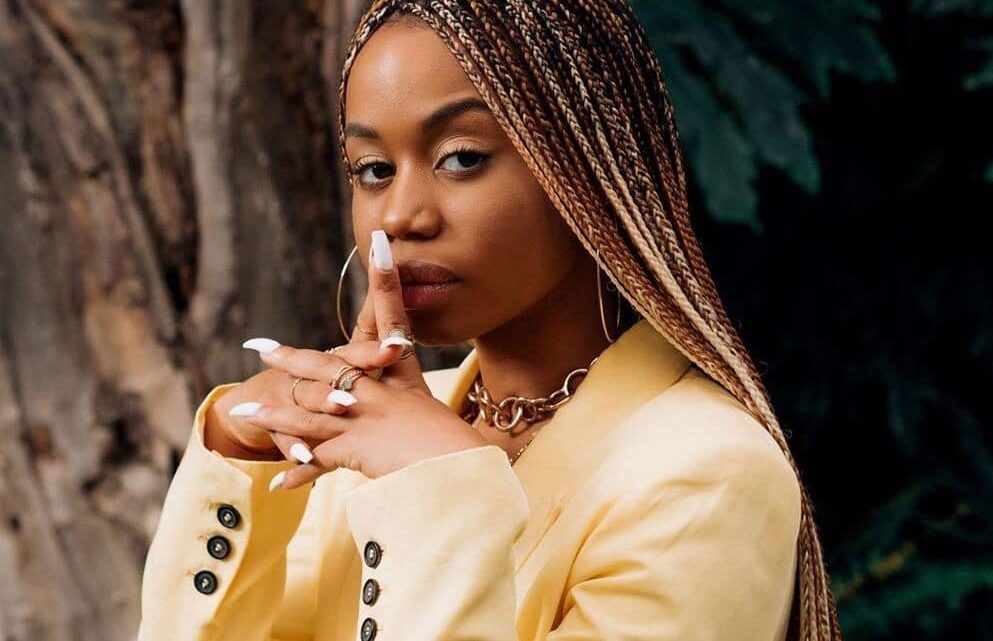 Charmaine Shamiso Mpambiro whose stage name is Sha Sha is a Zimbabwean singer, based in South Africa. She is referred to as the Queen of Amapiano.

She was awarded the ‘Best New International Act,’ during the 2020 BET Awards.

Sha Sha’s parents divorced at an early age. Thus she had to move a lot. Rotating between her South African mother and Zimbabwean father.

She joined the choir when she was 12 and sang soprano. Sha Sha realized that she had a nice voice.

However, she didn’t think of starting a music career until one of her songs made it to Zimbabwe’s biggest radio station at that time.

This was a result of her constantly moving between her separated parents in different countries.

She was meant to study nursing until one of her home recordings brought recognition to her.

Shamiso’s career started when one of her home recordings found its way one Zimbabwe’s big radio station in Harare (ZiFM).

The CEO of ZiFM loved her talent and linked her up with Audius Mtawarira, a singer and songwriter. He later became her mentor and helped her improve her craft.

She started collaborating with artists like Cal Vin (whom she made her first hit with).

However, her main goal was to end up being full-front. So, she worked on getting out of her shell and attended voice coaching.

Her driver in South Africa – Blessing, also used to drive Dj Maphorisa. On finding out that she was a singer, linked her up with the DJ in 2017. She was signed to Dj Maphorisa’s label, BlaqBoy Music in 2018. Since then, there has been a great turnaround in the singer’s career.

After becoming recognized for her nice vocals on the songs: Akulaleki by Samthing Soweto, We Mama by Scorpion Kings, and Nge Thanda Wena by Mlindo The Vocalist, Sha Sha released her debut EP, Blossom in 2019.

Her EP was a hit!

She was awarded the ‘Best New International Act‘ during the 2020 BET Awards.

Sha Sha was nominated 3 times for the ‘Best Collaboration Award‘ during the South African Music Awards:

At the moment, Sha Sha hasn’t publicized any relationship.

The South African-based Zimbabwean singer, Sha Sha is teased to have an estimated net worth of $300,000-$1m.