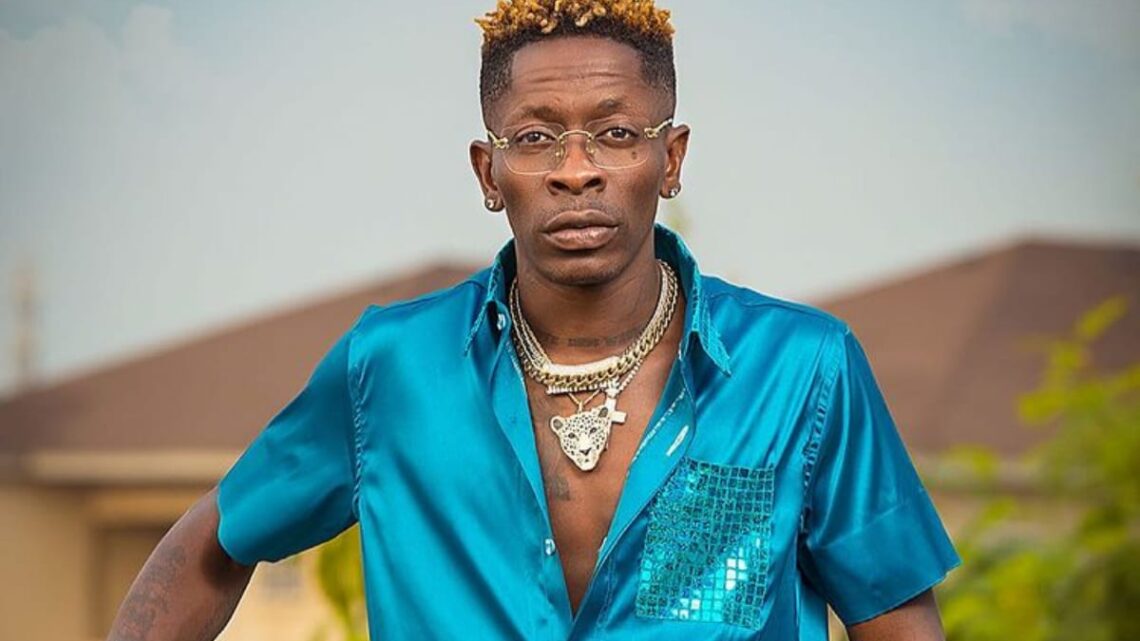 He is a reggae-dancehall artist who has won thousands of fans to himself, ever since he dropped the hit singles, Dancehall King, My Level, and We Are Taking Over.

The success of these songs was why he went home with the coveted Artist Of The Year award at the 2014 Vodafone Ghana Music Awards.

Shatta Wale is also the first dancehall artist to have won eleven awards at the 2019 edition of the 3 Music Awards.

Shatta Wale was born on the 17th Of October 1984 to the household of Mr. Charles Nii Armah Mensah Snr and Mrs. Elsie Evelyn Avemegah. He was birthed in a police hospital located in Accra, Ghana. He was named after his father.

He hails from a family with good financial standing and political clout. His dad is a politician, businessman, and legal practitioner, while mum is a businesswoman with several thriving small businesses.

Shatta Wale spent his formative years in Accra, living in his parents’ house, which was located in a highbrow neighborhood.

Shatta Wale attended an elite nursery and primary school for his elementary education.

He studied at Seven Great Princes Academy, Dansoman, for his high school education. At the institution, he took an interest in the arts and was a member of the drama society.

He excelled so well in Arts that he was cast to play a role in a popular drama series, By The Fireside, shown at the National Theatre Ghana.

Although Shatta Wale had been making music for a while, it was until 2014 that he became a recognized star in the country. That year he dropped three hit singles, Dancehall King, My Level, We Are Taking Over, which topped many music charts in the country. Due to his success, he rose to number 38 of E.tv’s Top Most Influential Ghanaian Awards.

Shatta Wale released his critically acclaimed debut album, After The Clouds, in 2016. The album did great numbers in the country and diaspora. He followed up this success with the mixtape Cloud 9 in 2017. He released his third and fourth studio album, Reign and Wonder Boy, in 2018 and 2019, respectively.

Notable songs from Shatta Wale‘s projects over the years include Aroma, Like You, Longtime, Haters, Affi Di Money, Shame On You, Disaster, Patoranking, Zylofon, True Believer, Ego Taya Dem, Don’t Baby My Baby, Rosalinda, Sister Sister, Mama Stories, Gringo, My Mind Is Made Up, Packaging and many more.

In 2020 during the pandemic, Shatta Wale set the record of being the first Ghanaian to organize a digital concert on YouTube. He was one of the selected two artists by the Ministry Of Communications to perform at the Covid 19 App Virtual Launch Party.

Shatta Wale collaborated with American singer, Beyonce on her album, The Lion King: The Gift, which was nominated for the Grammy Awards. He had lent his vocals to the track, Already.

In 2017, Shatta Wale was ranked as the most influential musician on social media. The talented artist currently has over 3.5 million followers on Instagram.

Shatta Wale is 38 years old. To celebrate his 38 years birthday, he had thrown a lavish birthday on the 17th Of October at his East Legon residence. The event was well attended by his family members and close friends.

Shatta Wale became the Brand Ambassador of Guinness Ghana Breweries in 2014. That same year, he bagged another endorsement deal with Rush Energy Drink.

In 2017, Shatta Wale was contacted by the marketing team of Kasapreko Company, and they signed him as the Brand Ambassador to their product, Storm Energy Drink. This happened in September.

Shatta Wale was in a relationship with Shatta Michy. Shatta Michy is a well-known Ghanaian artist, financial specialist, and second baby mama (baby mother) of the self-acclaimed Ghanaian dancehall King, Shatta Wale. Shatta Michy was born and brought into the world on May 6, 1995, in Norway. Shatta Michy‘s genuine name is Diamond Michelle, and she is a result of Mfantsiman Girls Senior High School. Shatta Michy is 27 years old.

Multiple media Multiple media publications have it that Shatta Wale is in a relationship with Magdalene Love, whose nickname is Magluv. MagLuv is the brain and CEO behind Shatta Wale‘s clothing line, Reign Clothing, making her an entrepreneur.

Rumor also has it that Shatta Wale once dated the beautiful model, Miss Christy White.

The self-nurtured dance-hall King, Shatta Wale has three children, comprising two boys and a beautiful baby girl. The three of his children are the two boys, namely Majesty Mensah and Jedidiah Mensah, coupled with the georgeous girl named, Winnie Mensah.

Tagged one of the most controversial artists in the Ghanaian music industry, the dancehall superstar, Shatta Wale has an estimated net worth of $7 million – $10 million.