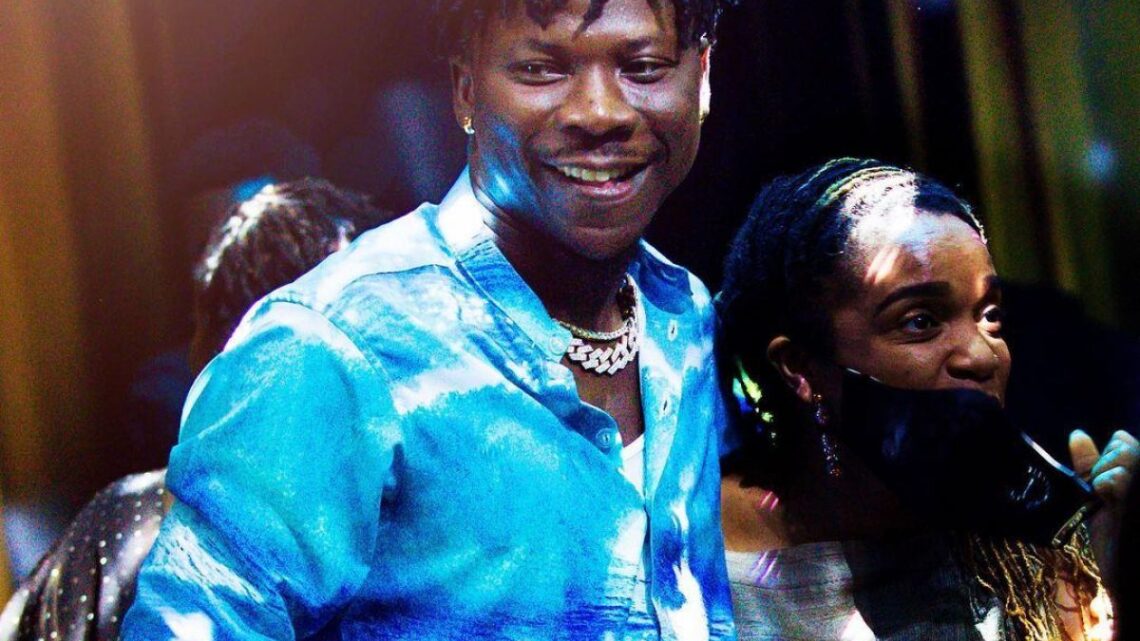 Livingstone Etse Satekla (born March 5, 1988), who is widely known by the stage name, Stonebwoy, is a Ghanian rapper musician specializing in Reggae, Afropop, and Dancehall genres.

Described as the King Of Reggae and Dancehall music in Africa, Stonebwoy has released four studio albums since he started his professional music career in 2012.

He won the Best International Act: African Category at the 2015 BET Awards.

Stonebwoy is an indigene of the Ashaiman region in Ghana. He was born on the 5th Of March 1988 to the Satekla family. Though his nickname is spelled as Stonebwoy, it is actually pronounced as Stoneboy.

He started making music from an early age while he was still in primary school. Another talent he was gifted with is storytelling, and he delved into scriptwriting right from fourth grade. In addition, he wrote and acted in several drama pieces before graduating from high school.

For his high school education, Stonebwoy studied at Methodist Day Secondary School. He and fellow Ghanaian musician, Sarkodie, were classmates. After obtaining his high school certificate, he enrolled at the University Of Professional Studies. He earned a degree in Marketing from the institution in 2013.

The year 2012 was a successful year for Stonebwoy because he had two hit singles, Climax and Ghetto Love. The songs helped him secure nominations at the Ghana Music Awards. After that, he released his debut album titled Grade 1, which contains seventeen tracks. The project featured some of Ghana’s finest artists, helping to solidify Stonebwoy‘s position as a creative musician.

After two years of intense work in the studio and performing at gigs across the country, Stonebwoy released his second studio album titled Necessary Evil. The project, which is composed of 29-tracks, was dropped on the 23rd Of November 2014.

To honor his late mother, who has passed on, Stonebwoy recorded and released his third album, Epistles Of Mama, in 2017. The album features guest vocals from Burna Boy, Sean Paul, and King Promise. According to Reggaeville, the album was adjudged the second-best album of the year. The album also scored the milestone of ten million views on YouTube.

During the pandemic of 2020, Stonebwoy released his fourth studio album, Anloga Junction. He collaborated with his colleagues from different countries, ranging from Diamond Platinumz, Zlatan, Alicai Harley, Jahmiel to Nasty C. The album’s official release date is the 24th Of April 2020.

Having over 3.8 million followers on Instagram, Stonebwoy is an influential figure on social media.

A 34-year-old dancehall artistStonebwoy is a family man. He is married to Louisa Ansong Satekla, and their union is blessed with two beautiful children, namely Catherine Jidula Satekla and L Janam Joachim Satekla. Louisa Ansong works as a dentist in Ghana and has her own practice (dental clinic).

A philanthropist at heart, Stonebwoy is the visioner behind Livingstone Foundation. The NGO has set up an annual scholarship fund for five students at his alma mater, Tema Methodist Day Secondary School. In addition, the foundation has been involved in different charity causes, impacting the lives of Ghanaians.

Due to his celebrity status, Stonebwoyis often approached by many brands for brand influencing gigs. For example, he is the Brand Ambassador of Big Boss, an energy drink. Also, Tecno Mobile unveiled him as their latest ambassador in September 2020.

The music superstar Stonebwoy is very wealthy by all standards. He has an estimated net worth of $5 million – $10 million.