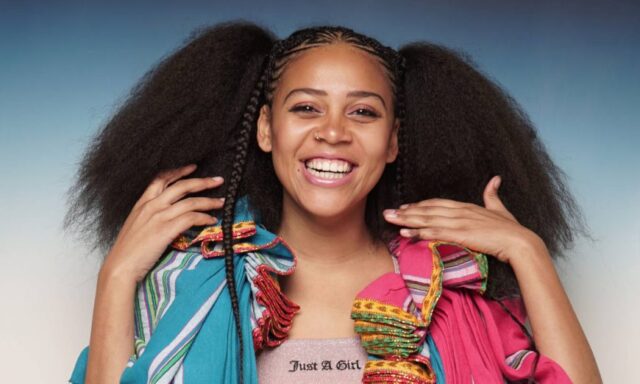 She is one of the best music performers in Africa. Through her song, John Cena, she became known on the international stage.

Sho Madjozi is also a poet. She was opportune to meet WWE champion, John Cena, because of her single which became an international wave.

Sho Madjozi was born on the 9th day of May 1992, Shirley Village situated in Elim, Limpopo.

She was born to a European father, Marc Wegerif, and a South African mom, Rosemary Phaweni.

Her parents divorced when she was very young but she moved on with her mother. She has half-sisters from both her mother and father. Due to her parents, Sho Madjozi is of mixed race.

She traveled a lot as a child along with her dad and spent time in Tanzania and Senegal.

Sho Madjozi graduated from the International School of Tanganyika in Tanzania.

Her excellent academic performance helped her to achieve a scholarship to study Creative Writing and African Studies in the prestigious Mount Holyoke College, South Hadley, Massachusetts in the United States.

She went ahead to study at the University of South Africa in Johannesburg after finishing in the United States.

She wrote her poems under the stage name of Maya The Poet.
She was selected as the ambassador for the mobile pre-paid provider TRACE Mobile of Trace Urban in South Africa in June 2018.

She rose to national fame after she was featured by prominent rapper, Okmalumkoolkat in the songs Ngiyashisa Bhe and Gqi. She then started rapping under the stage name Sho Madjozi.

Sho Madjozi performed on the international stage at the Global Citizen Festival: Mandela 100 with stars like Beyoncé and Jay-Z present.

She released her maiden album titled, Limpopo Champions League in December 2018. The album was well-received by South Africans and at the international level.

She has amassed a large fanbase of over 1.3 million followers.

Sho Madjozi is very proud of her African cultural roots. She performs in traditional attire accompanied by traditional dances.

She is also known for her trademark hairstyles and braids influenced by Tuareg and Fulani ethnic groups which according to her is a sign of African Futurism.

She claims that she is currently single but, her fans believe she is dating a handsome boyfriend, Kagiso Rabad. She has no children nor husband.