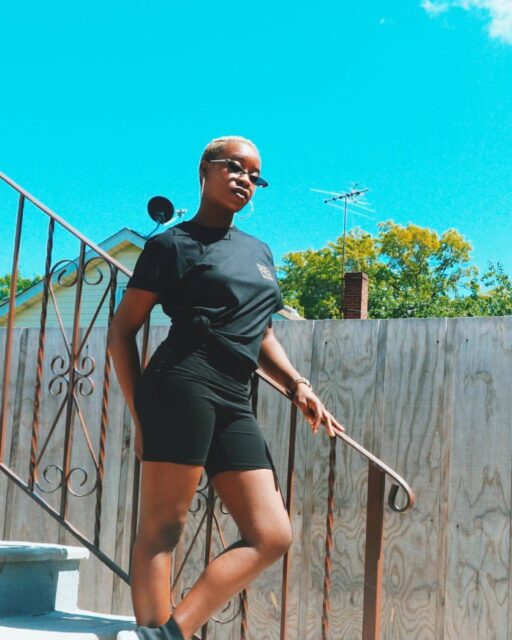 She is known for the music genre of Afrobeat, Afro-pop, and Afro Dance Hall.

She has a music style characterized by fun, witty and edgy delivery.

Her versatility and raw talents are well appreciated and recognized as one of the top overseas-based Nigerian artists.

Taiyel is also featured in publications such as NXT style Magazine and Fame Magazine.

Taiyel was born in the commercial city of Lagos, the western part of Nigeria, on February 15.

She grew up partly in Lagos before her family moved to New York City, where she spent most of her childhood.

Information about her family is still under review by our team and will be posted here as soon as it is obtained.

Taiyel was a student of Air Force Primary School 1 Ikeja. After Primary, she gained admission into secondary at Air Force Comprehensive School, Ibadan in Oyo state, the western part of Nigeria.

Taiyel has a degree in computer science.

Taiyel started grooming a career in music at the teenage age of 14, and she gained momentum to produce her first beat at the age of 15.

She draws inspiration and motivation from icons such as Akon, Eve, Sizzla, Missy Elliot, and Brenda Fassie, which has helped develop her passion for music over the years.

She contested at the annual music competition, The Roll Contest in 2011, where she came third at the Live Lyfe Artist. Her performance at the competition caught the eyes of the Island Def Jam Records Promotion, which granted her access to meet the renowned Russell Simmons, who offered her a mini music deal.

Since her breakthrough, she’s boast over 100 songs recorded coupled with numerous collaborations.

Throughout her career, Taiyel has worked with the likes of Sagzy, Sandaz, and renowned filmmaker D.I.S Guise who has been responsible for shooting music videos with the likes of Tiwa Savage, Mark Morrison, Falz, Iceberg Slim, Ajebutter22, and the rest.

She released her debut EP, T617, on June 1, 2016, which comprises six tracks; No Love, Your Body, Boost, Matter, and Factual. The EP enjoyed production from the likes of Egar Boi, Fiveooh, Demgully, and the rest.

She is under a Music record label known as the Demgully Entertainment Record. She signed the record deal in 2018 and has released several songs and projects.

Aside from her musical career, Taiyel is also an entrepreneur. She is the CEO and founder of Tae Concept- a web and graphics design company. The singer has also designed a website for several New York promoters.

She also works as a sound engineer and a playwright who has worked with numerous theatre companies in the United States.

Taiyel promotes her musical brand on social media. She is a musician who loves to look good.

Her social platform is loaded with beautiful pictures of her and has quite several followers.
Taiyel‘s official handles include;

Taiyel is a beautiful artist who is dark in complexion. Her hair is dark, and her eyes dark-brown. She is pretty tall and looks healthy.

Taiyel is not married and is not engaged as far as we can gather. However, they are no reports indicating the singer is in a relationship or has been in the past.

She’s based in New York City but still loves her country of birth, Nigeria.

Taiyel‘s net worth has not been estimated yet. Nevertheless, we’ll update you with information about her wealth accumulation as soon as it is obtained.

Taiyel is a versatile singer who deals with the genre of Afrobeat, Afro-pop, and Afro Dance Hall. She has released several songs, some of which are;