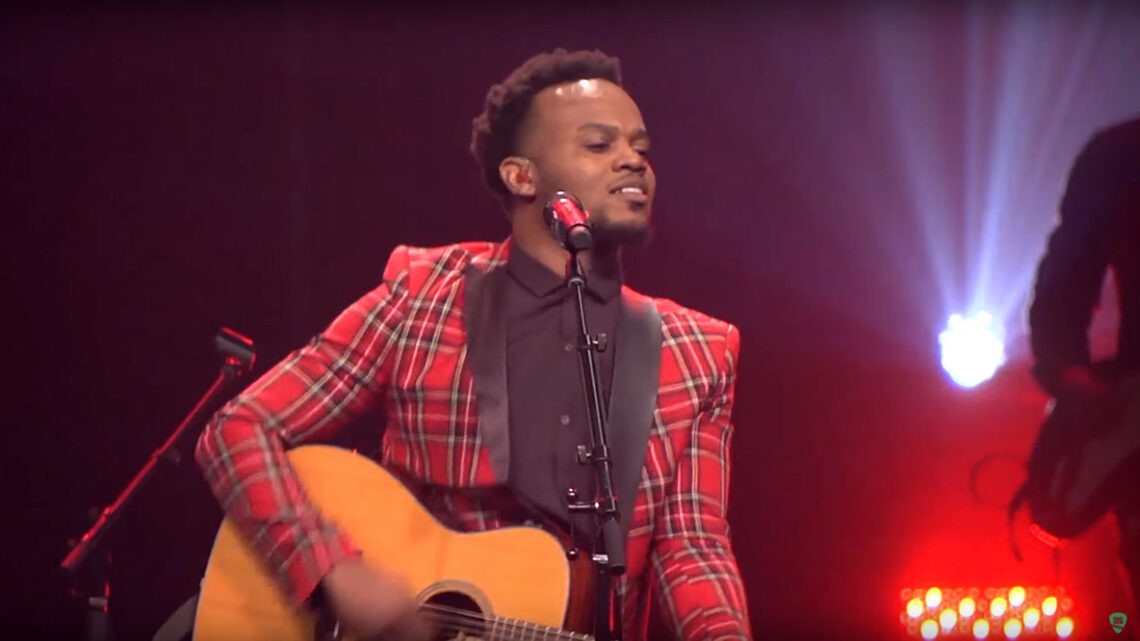 He is also a Pastor and founded the Forward City Church, located in Columbia, South Carolina.

Greene‘s success in the Contemporary Gospel Music genre stemmed from his ability to express himself through music during his childhood days, due to the traumatic events he suffered as a boy.

After the release of his third album, Crossover in 2017, Travis Greene went on to win seven Stellar Awards in separate categories that same year.

Travis Greene was born on the 17th of January, 1984 in Delaware, U.S. His mum, Charleather Greene groomed him following the death of his father in 1989; due to an aneurysm.

Greene came into the world as a still-born but was eventually resuscitated. His childhood was filled with a whole lot of traumatic events. He was also raised in Warner Robins; a locale that shaped his general outlook on the situations he overcame at the time.

Aged four, Travis Greene suffered from a devastating fall from a four-story building in Germany. He was pronounced dead after series of examinations but recovered in a miraculous way. Eventually, he developed a great passion for the Gospel and became a youth pastor and a senior worship chorister in his local church. He also found it easy to express himself through music during his childhood days.

Greene, who also spent some time at Charlotte, North Carolina, released his first album in 2007 under his record label and has gone on to excel in Gospel music.

The award-winning Gospel artiste, Travis Greene had a very successful spell at school. He started off his academic journey at a very young age before moving to High School.

He also finished off from the higher Institution, to focus on his career as a Gospel artiste. During his stay at school, Travis Greene embarked on an evangelical assignment to propagate the Gospel. He also learned to play the guitar and was a ‘deep-worshipper’ on campus.

Travis Greene recorded his first single, The More in 2007, and released it under Greenelight Records that same year.

Three years later, his debut album, Stretching Out was released by Pendulum Records, particularly on the 8th of June, 2010. It was around this period Greene came into the limelight, featuring in Top Gospel Album charts on Billboard magazine. His songs, Prove My Love and Still Here claimed spots on the top 30 Gospel Songs on Billboard magazine that same year. However, his EP, Intentional made the top spot weeks after its release on August 21, 2015.

The Hill is Travis Greene‘s second album and was from RCA Inspiration, making number one on the Billboard Gospel charts also.

During that period, Travis Greene established himself as a global character in the Contemporary Gospel Music genre. He was also featured in Billboard Magazine, Rolling Out Magazine, and Jet Magazine.

In 2017, Travis Greene released his third album, Crossover in a live performance in Nashville, Tennessee. He also received criticism and mixed reactions after performing at the inaugural ball of Donald Trump that same year.

Singles released by Travis Greene are;

Travis Greene is also the founder of Forward City Church, located in Columbia, South Carolina. There, he ministers alongside his wife Dr. Jackie Gyamfi Greene to a congregation.

Travis Greene is currently married to Dr. Jackie Gyamfi Greene, and is also a father to lovely kids. He oversees Forward City Church in Columbia, South Carolina, which he founded years back.

Greene‘s Pastoral Ministry has served as an inspiration to many in recent years. He also owns a website travisgreene.tv, which he hopes to use in spreading the gospel. He has also enjoyed huge followership on social media with his gospel performances racking a large number of views on YouTube.

Within the space of five years, the Delaware-born artiste, Travis Greene has enjoyed nominations for the Grammy Awards, Billboard Music Awards, and the Stellar Awards.

In 2017, he finished top of the list in seven different categories at the Stellar Awards namely;

His song, Won’t Let Go got nominated in the recently held Grammy Awards for the Best Gospel Performance/Song, won by Jonathan McReynolds and Mali Music‘s Movin On.