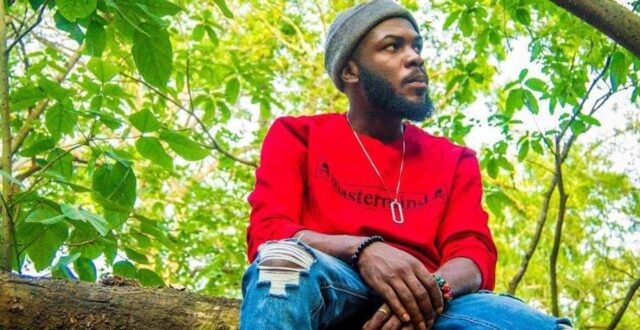 Franklyn Ikemefune (born 21 July early 90s) is a fast-rising Nigerian rapper who goes by the stage name, Vader The Wildcard.

The talented artist was the winner of the 2017 Hennessey Vs Class.

He is one of the rappers who is well sought after in the Nigerian rap industry due to his clean flows.

Vader The Wildcard was born on July 21st to the Ikemefunes in the early 90s. He was born and bred in the ancient city of Ibadan, Oyo State.

Though raised in southwest Nigeria, he is from the Igbo tribe and hails from one of the southeast states.

He was raised in the Catholic faith by his parents. From his days as a secondary school student in Ibadan, Vader The Wildcard started writing down rap lyrics.

He would go on to perform these rap songs in the presence of his classmates, friends in the neighborhood, and family members.

As a teenager, it was his dream to become one of the greatest rappers to emerge from Nigeria.

Vader The Wildcard completed his elementary and secondary school education in top institutions in Ibadan.

He bagged a bachelor’s degree from a university in southwest Nigeria.

While he was an undergraduate, Franklyn came up with the stage name, Vader The Wildcard. As a student, he performed in many shows and competed in top rap battles in Ibadan, Nigeria.

Vader came into the limelight in 2017 after he emerged the winner of the Hennessy Vs Class.

This milestone opened a lot of doors for him and he started collaborating with other top rappers and producers in the industry. During this time, he moved to Lagos, the commercial capital of Nigeria, so as to further his career.

In 2019, he collaborated with rapper, Dolapo ‘TGM’ Amusat and they released the EP, Lagos In July. The songs on the EP center around the Lagos Mainstream Culture. The EP is a four-track project.

On the 24th of April 2020, Vader released the song, You Garru Be Kidding Me. The song became an instant hit and went viral among lovers of rap music in Nigeria.

In what became known as the You Garru Be Kidding Me Challenge, many people started recording their own short versions of the song and uploading it on their social media handles.

He was featured on Vector‘s diss track to MI Abaga, which was titled The Purge.

On the 9th of December 2020, Vader performed at the Hennessy Cypher rap battle alongside top Nigerian rappers, MI Abaga and Vector.

He was featured on singer Boogar‘s single, Payan, in December 2020.

He is also a content creator and works with We Talk Sound creative agency.

Vader The Wildcard is very active on Instagram and interacts with his fans through the platform.

He has over 2,735 followers on his Instagram page. His official handle is @vaderthewildcard.

Asides from being a talented rapper, Vader The Wildcard is a very handsome young man. He is in his late twenties. He resides in the mainland area in the city of Lagos.

He is one of the judges for Henessy Vs Class 2020.

He is currently in a serious relationship with a beautiful young lady whose identity is unknown. This is because he doesn’t post her pictures on his social media page.

He is close friends with rappers, Alpha Ojini and Vector.