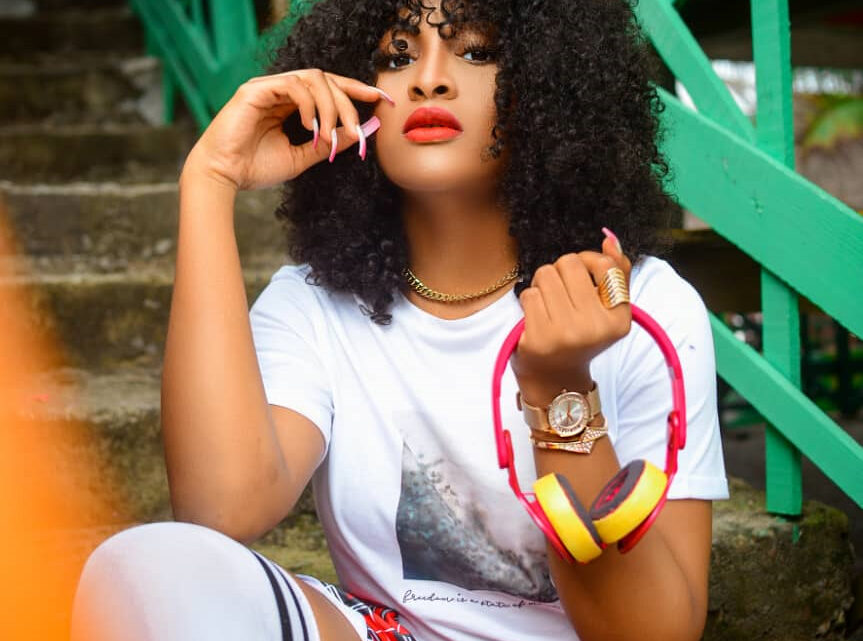 Her talent has made her fans and colleagues give her the president of the Digital Jammers Association.

DJ Barbie‘s music wheel spinning skills have made one of the famous DJs in contemporary Nigerian music.

Her breakthrough came with her debut single “Forever,” featuring Harrysong.

DJ Barbie, born with Chizoba Barbie Madu, hails from Southeastern Nigeria, although she was born in Lagos on 19 March.

She originates from the Ibo tribe of Southeastern Nigeria.

She hasn’t disclosed her birth year to the media yet, neither has she disclose details about her immediate family and her childhood development to the media.

However, details containing such will be updated here as soon as it is obtained.

Details of DJ Barbie‘s educational background and qualifications are not available at the moment.

DJ Barbie is currently contracted to Amity Global Record.
She has amazing collaborations with top Nigerian artists such as; Harrysong, Selebobo, and Dalorbeatz.
In addition, she serves as the official resident DJ for Play Network Africa.

DJ Barbie knows how to handle the music wheel quite well, and her impressive skills have made her popular in Nigeria, especially amongst Lagos music lovers.

She released what would be her debut single “Forever,” featuring popular Nigerian singer, Harrysong in 2020.
She is often compared to the famous, DJ Cuppy with his flare and mode of appearance. DJ Barbie is the official DJ of an annual music feast held in Lagos and Warri, Delta State, known as “Warri Again.”

She is also the president of the Digital Jammers Association and the official Disc Jockey for Play Network Africa.
She was pronounced as Africa’s No.1 female Disc Jockey at the Ecofest Musical Concert held in Freetown, Sierra Leone, and after an amazing performance, she was declared the best African star alongside Tanzania top singer, Diamond Platnumz.

The highlight of Barbie’s career was when she was nominated for the City People Music Award for DJ of the Year (Female category).

The Disc Jockey, DJ Barbie has over 47.8 thousand followers on Instagram, has garnered a huge fan base throughout her career.

DJ Barbie is one of the most sorts after DJs in Nigeria. She covers events and ceremonies.
You can contact her via the following contact details:

DJ Barbie is a beautiful Nigerian sensational DJ. She is light-skinned with dark eyes and long black hair.

Dating rumors of DJ Barbie and superstar singer, Tare Okire is popularly known as Harrysong, surfaced online in 2020 when DJ Barbie posted a picture of them together and captioned it “Forever” with heart emoji, and a few moments later, Harrysong took to her comments section and replied “Forever baby” with his heart emoji.

However, it turned out the two were not dating but rather trying to promote their music collaboration titled “Forever.”
DJ Barbie remains single to date and is without a child. She currently lives in Lagos, Nigeria.

DJ Barbie is quite influential and lives a comfortable life although, her net worth and earnings are yet to be estimated.