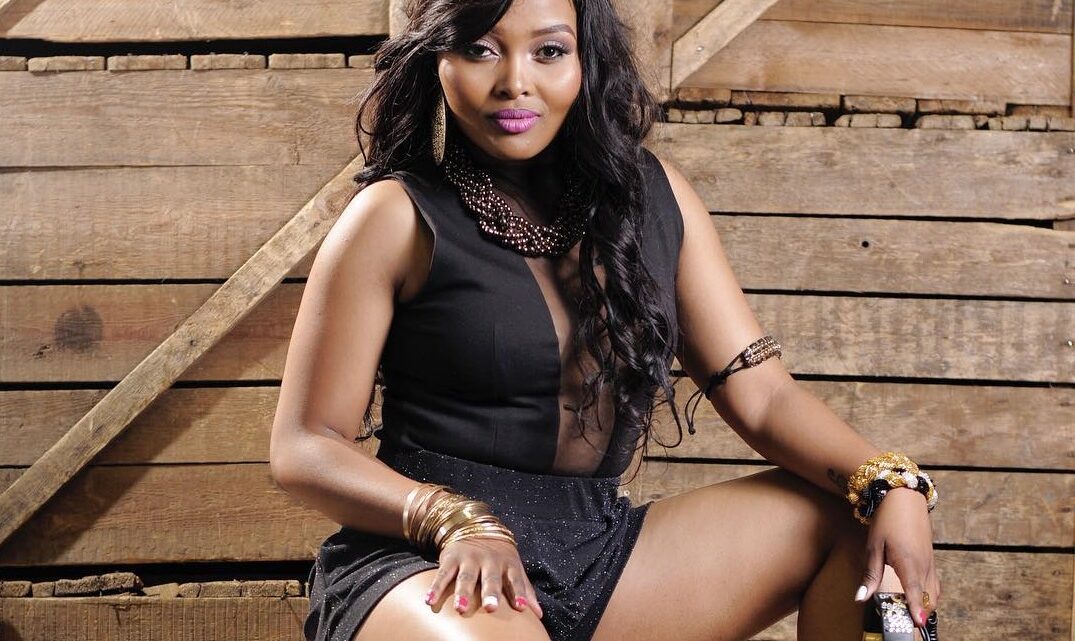 Prudence Sebalo (April 16, 1985) is one of the shining musical stars in the South African music industry.

She is known professionally as Miss Pru DJ. Currently signed to the top record label, Ambitouz Entertainment, she is a leading Disc Jockey (DJ), Songwriter, and Music Producer.

Having taken the industry by storm with her debut single, Welele, Miss Pru has recorded great achievements in the industry. A familiar example is her latest single, uHulumeni.

Miss Pru DJ hails from a humble background. Her parents are Mr. and Mrs. Sebalo.

She was born on 1985 April 6 and was raised in the Gauteng area of South Africa.

Growing up under the influence of the rising South African pop music culture, she developed an interest in music as a teenager. Though she didn’t have a spectacular voice like most of her friends doing music, she was a gifted songwriter. While she was composing music lyrics inside her diary, the passion for DJing fell into her heart.

To achieve this dream, she trained at Fuse Academy and qualified after months of study. In a bid to develop herself, she took a course in radio communications from On Cue Communications. Armed with these two pieces of training, she became the host of the show – The Sound Elevation – which was aired on Rhythm100 radio.

An average but hardworking student, Miss Pru DJ passed out with good grades from her elementary, middle, and high school.

As someone who is passionate about growing in knowledge, she has attended many workshops, seminars, conferences relating to the media and entertainment business.

Teaming up with DJ Zinhle, Miss Pru DJ co-hosted the radio show, House Of She. The show was usually aired on TransAfrica Radio. On the side, she began receiving gigs to perform at wedding receptions, birthday parties, and corporate events across South Africa. She has performed at the South African Music Conference and Dance Ritual Concert in the past. She has also toured other African cities and North America to perform at events.

Not relenting on her music career, Miss Pru DJ signed a deal with Ambitouz Entertainment and join the record label in 2015. Her stay on the label has been a successful one. Asides from the fact that her popularity has grown, she has also collaborated with many big players in the industry such as Fifi Cooper, Emtee, Sjava, Saudi, Areece, and B3nchMarQ.

In 2015, Miss Pru DJ dropped her debut single Welele into the music waves, and this catapulted her into the limelight. Then she began to receive more collaborations in the industry and invitations to perform at events. She outdid this success with the 2016 hit single, Ameni, featuring her label mates.

After spending months in isolation during the lockdown, Miss Pru DJ came up with a jam to thrill her fans in South Africa and across the world. The single titled uHulumeni has earned over 1 million views on YouTube.

Desirous of diversifying her income, she decided to co-found Sedima Shea Butter Company.

A combination of beauty and brains, Miss Pru DJ is a very hard-working artist. A lover of beautiful tattoos, she has bird-shaped tattoos on her chest.

She is currently single at the moment but is looking forward to hooking up with a new guy. She and her ex-boyfriend had ended the relationship amicably when they no longer had feelings for each other.

She is affiliated with other A-list acts like Manny Yack, Fakaloice, Blaq Diamond, and Malome. She is a Christian who has a good relationship with God.