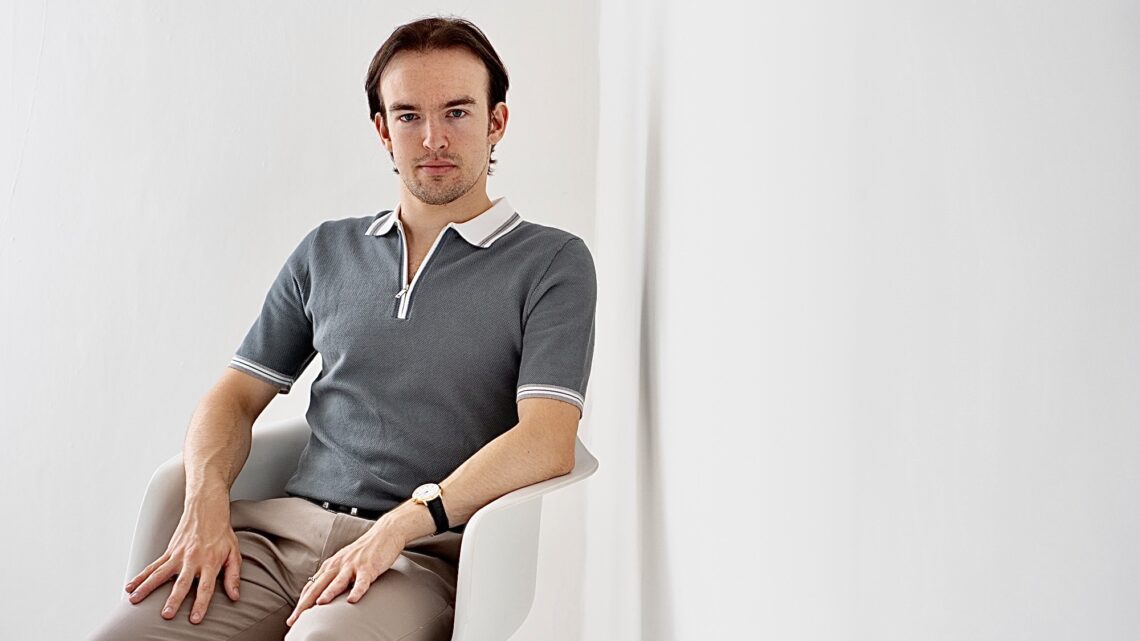 Inducted into The Royal Institute Of Philosophy at the young age of twenty, he has achieved fame for being the founder of Astronism, a cosmic religion that espouses astronomic ambitions, and the leader of the Astronist Institution.

As a religious leader, he has won the hearts of many for preaching freedom of religion, as he discovers the mysteries of the cosmos and relates them to his followers.

Cometan was born on the 1st Of July 1998 in Preston, Lancashire, as the first son of his parents. He was christened Brandon Reece Taylor by his parents. His father is Sean Taylor, who owned a Vending Machine business at the time of his birth. His mother is Louise Counsell, a professional hairstylist and salon owner.

Prior to his birth, his parents had been together for seven years. Lucia was his mother’s child from a previous relationship. However, when Cometan turned four, his parents separated after irreconcilable differences. The separation happened in 2002, and by this time, Sean and Louise had spent eleven years together as a couple.

However, they were never married. With his father moving out of the house, he was left in the custody of his mother to bring him up alone. But she didn’t do the job all by herself as his grandparents – paternal and maternal – made themselves a part of his life.

Cometan‘s grandparents had a huge role to play in his upbringing. During his pre-teen years, he spent his weekends at his paternal grandparents’ house, Derrick Taylor and Irene Taylor. This gave him the opportunity to interact with his many cousins and other extended family members. He also frequently visited his maternal grandparents, Bill Warbick and Hilda Warbick, who spared no effort in showering him with love and attention.

His grandma, Irene was a very religious woman who belonged to the Catholic faith; thus, she ensured that he attended church regularly, observing mass and learning about Christian teachings. He always went in the company of his cousin, Thomas Taylor, who was living with his grandparents at the time. Thomas, who was born in 1994, is four years older than him.

Visiting his grandparents’ estate allowed him to learn the piano. Some of his older cousins were piano players, and they encouraged him to start practicing the instrument. It didn’t take long before he became a well-versed piano player.

Cometan has a robust educational background. He attended St. Mary and St. Benedict Catholic School for his elementary school education.

For his high school education, he studied at Brownedge St. Mary Catholic High School. He studied English Literature & Language, Media Studies, and Geography at Cardinal Newman College for his A levels.

When he turned eighteen, he applied to the University Of Central Lancashire and was admitted to study Business and Marketing. He graduated from the institution in 2020.

On the 16th Of September 2021, he was awarded his Master’s degree from the University Of Central Lancashire, passing out in flying colors.

Despite his young age, Cometan is a leading religious figure in the United Kingdom. He is the founder of Astronism, which is based on the cosmocentric philosophy whose lineage can be traced back to the astronomical religions practiced during the stone age. To make the philosophy more understandable to present and future members, he wrote a founding book called Omnidoxy.

He also came up with Vendox, the name of the symbol of Astronism. He also set up the Astronist Institute to be the proprietor of Astronism and was tasked with preserving and advancing all the different elements that form the Astronist religion.

The history of Cometan‘s rise as a religious leader can be traced to the year he discovered his gift, which was his fifteenth birthday. That day, he came up with the idea of creating his own fictional detective series. At that time, he only had a character in mind, which he named Jesse Millete. Little did he know that the Jesse Millette idea would expand and grow into a philosophical movement now known as Astronism,

Considered to be a very intelligent philosopher, Cometan is popular for his quotes and distinct beliefs. Some of his beliefs are sentientism, astrosis, intracosmism, cosmocentrism, astronic cosmology, transcensionism.

Standing at the forefront of the Astronomical religious revival taking place across the world, he has published a couple of books and writings to further preach the astronism message. Notable ones are the Institutional Dictionary Of Astronism, The Monodoxy, The Duodoxy, Jesse Millette, The Phantom’s Curse, and The Original Jesse Millette series.

Besides his work as a philosopher and religious leader, Cometan also works in the corporate sector as a business marketer. He got his first job at the age of fourteen when he was employed his mum, Louise, to work at her saloon. When he turned eighteen, he took up a volunteer position at Hoghton Tower, a stately fortified home in Hoghton village. After proving himself to be diligent, he was employed as a paid staff, working as a Marketer.

Like most of his cousins, Cometan had taken piano lessons while growing up, which made him develop a likeness for music. He attended Heylings Music School, where helped him improve his piano playing skills and become a budding musician. By the time he turned nineteen, he had already received a grade four music theory qualification and participated in music examinations up to Grade five-level.

Because he is a successful religious figure and philosopher, Cometan has built a strong following on social media.

Cometan turned 23 years old on the 1st Of July of this year. He resides in Lancashire. He has seven siblings: Kiera Taylorian, Kent Taylorian, Zara Taylorian, Jay Taylorian, Edie Taylorian, Charlotte Sophie, and Lucia Counsell. Charlotte was born to his mother and stepfather, Julian, in 2007. While the other children except Lucia was born to his father, Sean, and stepmother. Sean and Nadine had tied the knot in 2009.

Although he was affected by his parent’s divorce, his grandparents helped him sail through that phase, and he developed a strong bond with them. His grandpa, Derrick Taylor, passed away in 2011, while his grandma, Irene, died in 2015. During his childhood, he moved house four times, staying with his mother and stepfather. After his parents’ divorce, he didn’t live with his father for once.

He left Freemason of the Lancaster City Lodge at the age 20. He was initiated into the fraternity when he attained the legal age of eighteen. He had expressed interest in joining the society when he was seventeen.

Though he is in his early twenties, Cometan is a successful young man with good financial standing. He has amassed a fortune from being an author, with hundreds of copies of his books purchased by readers worldwide. He also earns income from working as a Business Marketer.

He is estimated to be having a net worth of about US$2 million – US$3 million.