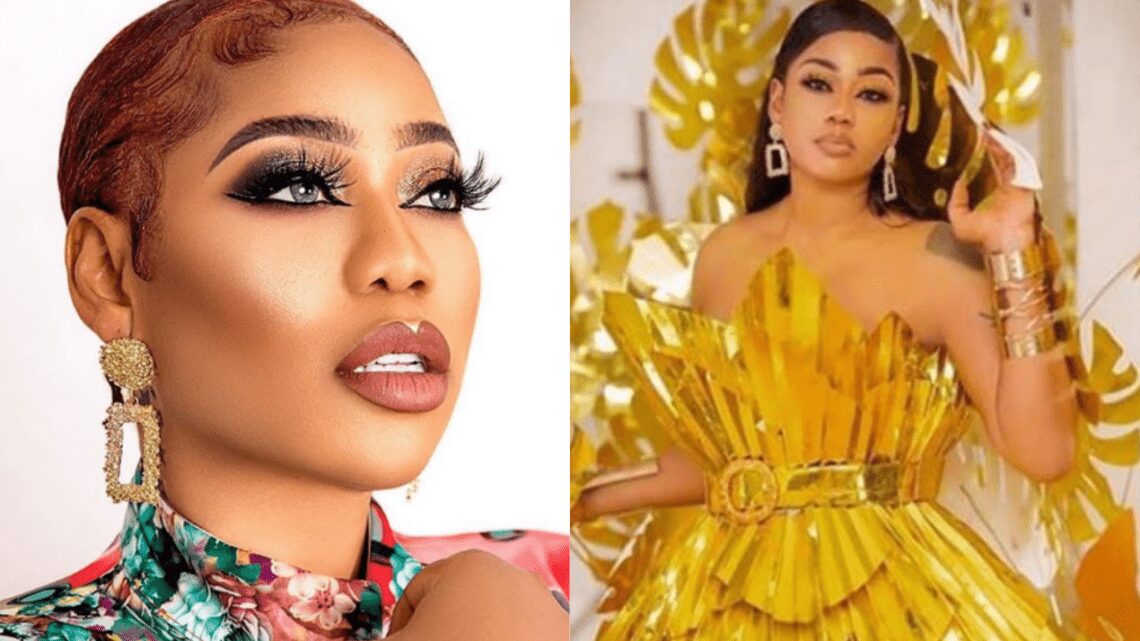 Toyin Lawani who became popular with Tiannah Place Empire is the Founder and CEO of the top fashion brand, Tiannah’s Empire.

Toyin Lawani (Tiannah) was born in 1982 to an illustrious Ekiti family.

Her father, Olanrewaju Lawani was a politician and he worked with General Yakubu Gowon. While her mother was a successful businesswoman who ran a textile business in the US.

Her grandfather was a Commissioner of Police while her grandmother is the Regent of Ikole Ekiti, Ekiti State.

She studied the English Language at the prestigious University of Lagos.

She attended the Oprah Benson Training Institute. She was also educated at the Los Angeles Fashion School and obtained a diploma in fashion.

She has also enrolled on training courses at Johnyim Fashion and Beauty Institute, South Korea and Exodus Hair School, India.

While studying at the university, she opened a mini supermarket, boutique and spa. She achieved this feat at the young age of sixteen.

Over the years, she has grown to be one of the leading stylists in the country. She has designed outfits for many celebrities across the world such as Banky W, Funke Akindele, Wizkid, Tiwa Savage, D’Prince, Keri Hilson, Ciara, Natalie Nunn, Emma Nyra, amongst others.

She is the founder and creative director of Tiannah’s Place Empire. She also runs a fashion academy – Tiannah Styling Fashion Academy.

She has also won a couple of awards such as the City People Entertainment Special Recognition Award and Stylist Of The Year Award (2015).

She was a guest judge of the show, Next Top Designer show held in Lagos.

She is the creative director of Exquisite Magazine and her designs have been featured in different top magazines.

She was credited as the first Nigerian fashion designer to organize a celebrity and kids runway show simultaneously.

She is also a social media personality with large followership on Instagram.

Her official Instagram handle is @tiannahsplaceempire. She has over 1.3M followers on the platform.

Toyin Lawani (Tiannah Empire) was formerly engaged to upcoming music artist, Lord Trigg. They have a child together. It is a boy named Lord Maine.

She has a daughter from a previous relationship.

She was rumoured to have dated a former Lagos State Commissioner for Infrastructure, Segun Oniru.

She was also alleged to have been in a relationship with Taiwo Afolabi, who is the MD/CEO of Sifax Group. Taiwo Afolabi is the father of singer, L.A.X.

The beautiful designer, Toyin Lawani (Tiannah Empire) has an estimated net worth of $5,000,000.

She reportedly bought a house worth 300 million naira in Lekki.