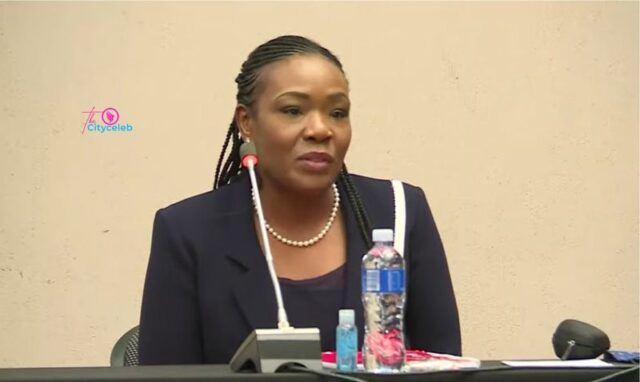 Born in 1976, Tsukani Maluleke is a South African Chartered Accountant who was recently appointed as the country’s auditor-general by President Cyril Ramaphosa. The first woman to occupy the seat.

Tsakani Maluleke was raised in Soshanguvien in the city of Pretoria before moving with her family to Johannesburg when she was a teenager.

Her family owned a supermarket which she began working in when she turned nine. The first of four siblings, she has two sisters and a brother.

Tsukani Maluleke was born on the 14th of June.

She completed her high school education at St. Andrew’s School for Girls in Senderwood, Johannesburg. Then she proceeded to the University of Cape Town to study Accountancy, bagging a Bcom in 1996.

A registered auditor, Tsakani Maluleke has over 20 years of working experience in both the public and private sectors. She is a seasoned Chartered Accountant, and also a non-executive chairperson of the South African Institute of Chartered Accountants (SAICA).

In October 2020 the Parliament Ad-hoc Committee on Appointments recommended Tsakani to be appointed as South Africa’s auditor-general. She was to replace the current AG, Kimi Makwetu whose term would expire on the 30th of November, 2020.

Subsequently, her appointment was confirmed, making her the first female AG in South Africa history. She is to serve a non-renewable seven-year term.

Her father, George Maluleke was a lawyer and later a judge. Her sister is Basani Maluleke, the CEO of African Bank.

The mother of two daughters, Tsakani Maluleke is unmarried, having been divorced twice. Not much is known about her present relationship status because she leads a private life.