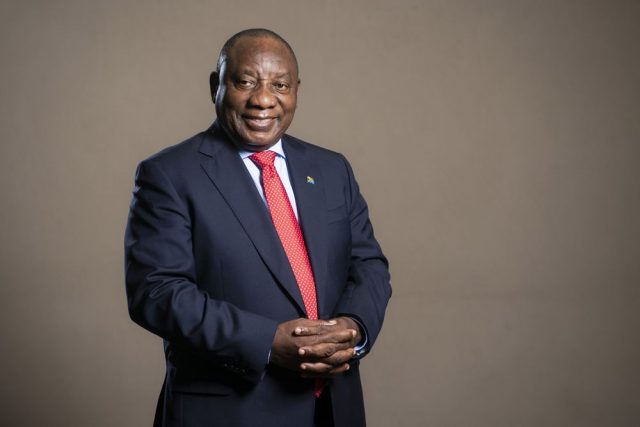 Cyril Ramaphosa (born 17th of November in 1952) is the number one most respected South African citizen right now.

He is a politician from South Africa. He has been serving as the president of South Africa since the year 2018 till date.

Additionally, he is also the president of the African National Congress (ANC) since 2017, which is the governing party of the South African Republic.

He was also the chairman of the National Planning Commission from 2014 to 2018.

Previously he was an anti-apartheid activist, a businessman, and a trade union leader.

Cyril Ramaphosa was born on 17th November 1952, in Soweto Johannesburg to Venda’s parents.

His parents are Erdmuth and Samuel Ramaphosa who is a retired policeman.

He Attended Tshilidzi Primary School and Sekano Ntoane High School in Soweto.
In 1971.

He was elected as the Head of the Student Christian Movement in Venda. He went to study law at The University of the North (Turfloop) in 1972 in Limpopo province.

He became involved in student politics, joined the South African Student Organization (SASO) and the Black People Convention (BPC) while in the university.

Cyril Ramaphosa was detained in Solitary confinement in 1974 for 11 months for organizing pro-Frelimo rallies. Following the unrest in Soweto in 1976, he was detained again for 6 months at John Vorster Square under the Terrorism Act.

He obtained his B.proc.degree in 1981 from the University of South Africa. Also, he became a law clerk with a Johannesburg firm of attorneys after his release.

He graduated from Mphaphuli High School in Sibasa in 1971, Venda where he was elected as head of the Student Christian Movement.

In 1972 he enrolled to study law in Limpopo province at the University of the North.

Cyril Ramaphosa served as a trade union leader, a businessman, he was also an anti-apartheid activist. He was also President Nelson Mandela‘s Secretary-General and deputy president to president Jacob Zuma.

He was also chairman of the National Planning from 2014 to 2018. He is the Executive Chairman of Millenium Consolidate Investments (MCI) also the non-executive chairman of Johnnic Holdings.

Cyril Ramaphosa was also a chairman of the black economic commission. He is a director of South African breweries, First Rand Limited, Macsteel Holdings e.t.c.

Not much is known about Cyril Ramaphosa’s‘s personal life, due to the fact that he is a very private person.

From 1991 to 1993, he married Nomazizi Mtshotshisa, a businesswoman that he divorced before her death.

Three years later that is in 1996, he got married to a medical doctor, Tshepo Motsepe and the sister of South African mining billionaire, Patrice Motsepe.

He has a total of 5 children that are known. He is known to be one of the richest people in South Africa. He is a polyglot and also the founder of the Cyril Ramaphosa Foundation.

He has appeared in financial magazines such as Bloomberg and Forbes Africa.

Cyril Ramaphosa is a businessman with his net worth estimated at over R6.7billion ($450 million).

He owns notable companies like Mc Donald South Africa, chair of the board for MTN, and also a lomnin board member. He has about 31 properties.

You can reach him on his social media handles