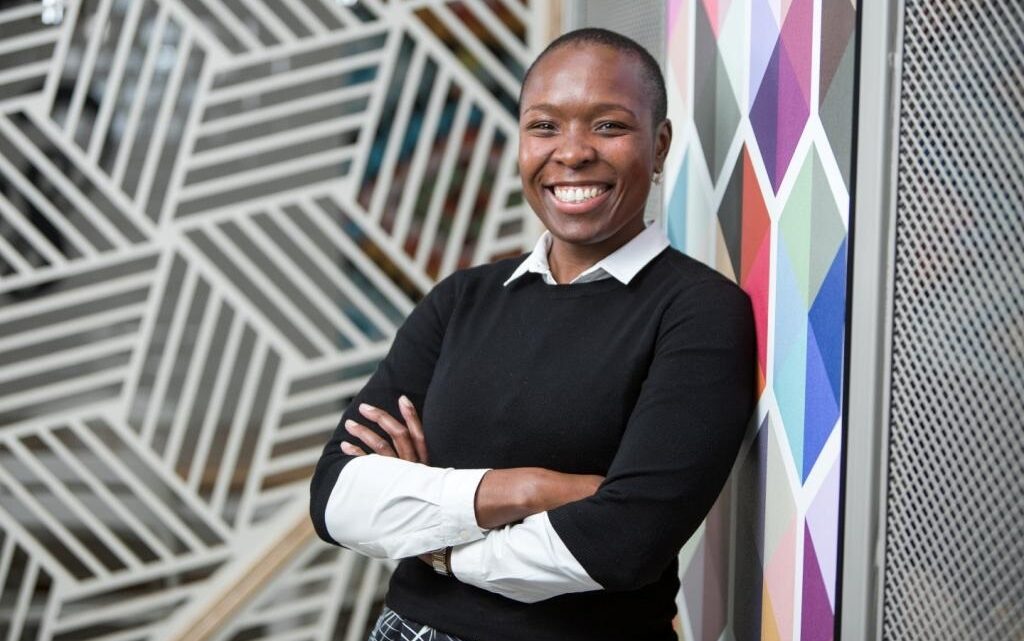 Basani Maluleke (born in the 1970s in Pretoria South Africa) is the first female Chief executive officer of African Bank.

She also served as the Chief executive officer of several banks across South Africa.

She worked as a lawyer before taking the banking industry by storm as an accountant.

She is the first daughter of the renowned South African Judge, George Maluleke.

Basani Maluleke’s place of birth is in Soshanguve, north of Pretoria, South Africa.

She began her primary school education at a local school but did not complete there as her parents moved her to a private school.

At that time, schools located in the township were most times disrupted by apartheid police raids.

She was born into the family of a lawyer and judge, George Maluleke. Her source of inspiration was her father who had a law firm. According to her, she acquired her strong work ethic from her father, Judge George Maluleke.

She is the sister of Tsukani Maluleke a trained chartered accountant who was appointed as South Africa’s auditor-general by President Cyril Ramaphosa.

She furthered her academics at the University of Cape Town (UCT) obtaining a Bachelor of Commerce. After obtaining her first degree, she came back to obtain her LL.B degree in law.

She traveled to the United States of America to obtain an MBA degree at Kellogg School of Management at Northwestern University, U. S. A.

In 2012, She returned back to South Africa after obtaining her MBA degree at Kellogg School of Management, she became the head of First National Bank’s private clients.

She joined a corporate finance firm after leaving the bank and later moved to African Bank as a non-executive director in 2015. She is a co-founder and started up the firm, African Century Ventures to help African businesses.

Basani Maluleke was the former director of Transcend Capital. She gained a lot of experience gathered over a long period of financial service in the areas of corporate finance with Rand Merchant Bank.

Basani Maluleke started up the non-governmental association Get me to Graduation to fund the needs of students in higher institutions and universities in the country. She has helped several youths through this platform.

She is a trustee of a distributor of an online solution for teaching children to read called Click Foundation.
Basani Maluleke retired and succeeded in different branches of banking like investment banking, private banking, and private equity. She is a role model to female youths across Africa.

Basani Maluleke’s marriage life is private, she hasn’t openly stated who her husband is in the media.