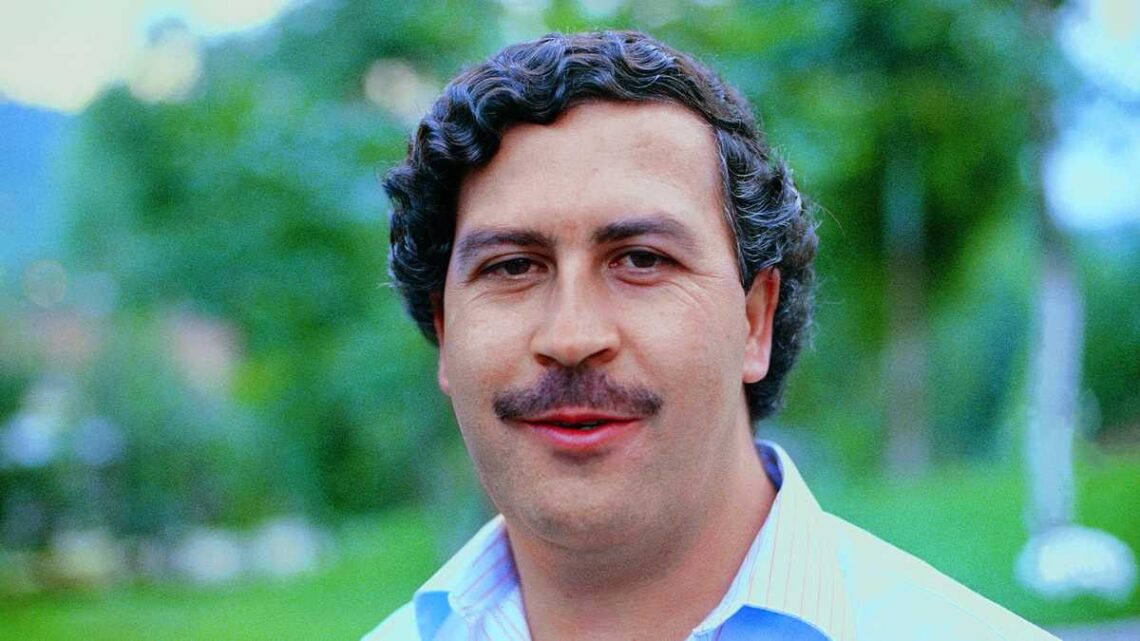 He was the Founder and Leader of the Medellin Cartel, one of the greatest drug cartels to have existed.

Pablo Escobar is dubbed the King Of Cocaine because of his wealth from the cocaine business. During his lifetime, the Medellin Cartel controlled the drug trade in the United States in the 1980s and early 1990s.

Pablo Emilio Escobar Gaviria was born on the 1st of December 1949 to Colombian parents in Rionegro, Antioquia. He is the third child of the family and has six siblings. His mother was named Hermilda de los Dolores Gaviria Berrío while his father was Abel de Jesús Escobar Echeverri.

Although he was born in Rionegro, he was raised in the city of Medellin, which is also in Antioquia province. His father worked as a farmer, while his mother was a high school teacher.

Pablo Escobar first dropped out of high school in 1966, a few weeks before he turned seventeen. He resumed schooling in 1968 and dropped out after a year. However, he managed to get into college but didn’t complete his studies.

He was an undergraduate at Universidad Autónoma Latinoamericana, where he studied briefly before dropping out.

Pablo Escobar‘s journey into the criminal world began in 1966 when he joined a neighborhood gang. The gang was involved in stealing tombstones, sandblasting their inscriptions, and reselling them. By the time he turned twenty, he was already notorious for car theft. He and his gang stole cars, dismantled them, and sold the parts.

Later, he became involved in kidnapping, employing criminals to kidnap people and receive ransoms before they were freed. In the mid-1970s, he joined the cocaine trade when it began to spread to Colombia.

Pablo Escobar founded the Medellin Cartel in 1976 and was joined by other drug lords. The cartel began smuggling powdered cocaine to the United States.

By penetrating the US market, Pablo Escobar created a huge demand for cocaine. And by the 1980s, he was smuggling 70 to 80 tons of cocaine into the United States from Colombia. Because of this, he quickly amassed a lot of wealth and became one of the richest people in the world.

During his lifetime, Pablo Escobar was engaged in a constant war with rival cartels in Colombia and United States because he wanted to retain the monopoly of the drug market. He was responsible for many massacres of his rivals and the murder of law enforcement officers, judges, politicians, and Colombian citizens.

Pablo Escobar was interested in politics and participated in the Colombian Parliamentary Elections in 1982. He was elected as an alternate member of the Chamber Of Representatives under the Liberal Alternative Movement. As a political office holder, he was credited for building community projects such as the construction of houses and football fields, and this made him popular among the locals.

In 1991, Pablo Escobar surrendered to the authorities and was sentenced to five-years imprisonment for some of his crimes. He struck a deal of no extradition to the United States with the Colombian government and built his prison named La Catedral.

He stayed in prison for only a year before escaping when he learned that the authorities wanted to move him to a standard correctional facility. His escape led to a nationwide chase, resulting in the Medellin Cartel‘s collapse.

The Colombian National Police got wind of where Pablo Escobar was hiding in Los Olivia, Medellin, and stormed the location on the 2nd of December 1993. A shootout occurred between the authorities and Pablo Escobar and his bodyguard. Pablo Escobar was killed in the ensuing gunfire. He died a day after his 44th birthday.

Pablo Escobar was survived by his widow, Maria Victoria Henao, and two children, a son, and a daughter. His son is Juna Pablo (now known as Manuela Escobar), and his daughter is Manuela Pablo.

After his death, the family fled Colombia because they couldn’t find a country that would grant them asylum. They first escaped to Mozambique before moving to Argentina. They took up new identities and started new lives in the country. Maria Victoria Henao joined the real estate business and soon became a successful entrepreneur.

Maria Victoria Henao was faithful and supportive of Pablo Escobar, even though she was aware of his infidelity with other women. She also negotiated with the Cali Cartel, giving them millions of dollars in reparation for Pablo Escobar‘s war on them. They didn’t kill her and the children. She also promised that her son, Manuela Escobar, would not seek revenge against the cartel or participate in the drug trade.

Many Colombians mourned Pablo Escobar‘s death, and over 25,000 people attended his funeral. Many locals loved him because of his Robin Hood-like personality. His private estate, Hacienda Nápoles, has been transformed into a theme park by the government.

Pablo Escobar became one of the wealthiest people in the world because of his involvement in the cocaine business.

At the time of his death, Pablo Escobar was reported to have an estimated net worth of $30 billion (USD) which is worth $70 billion (USD) as of today.