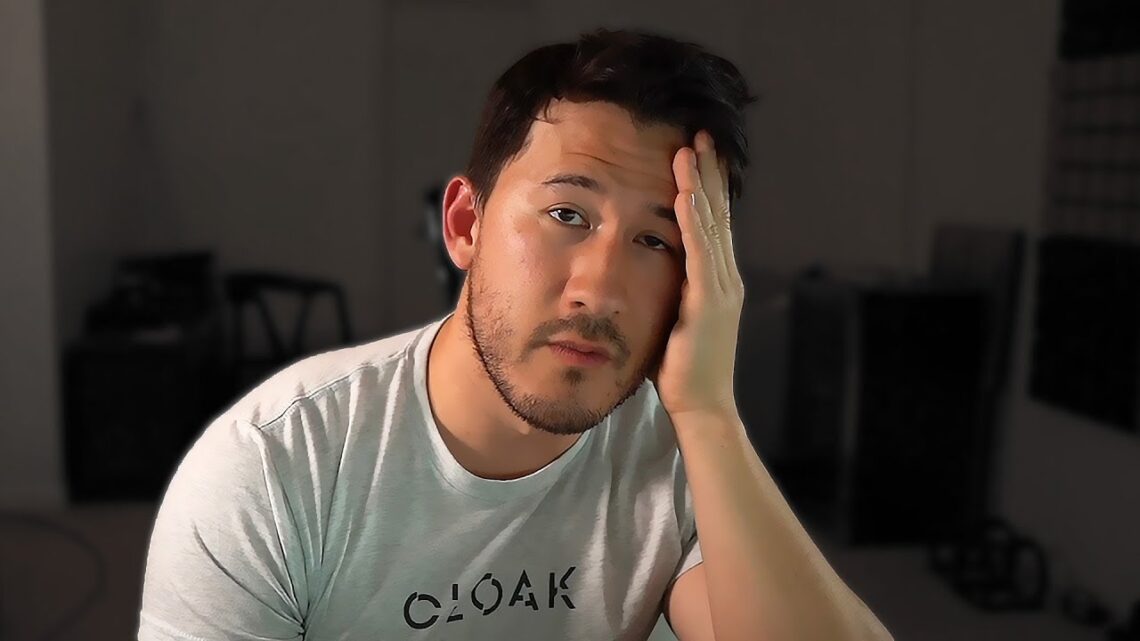 Mark Edward Fischbach (born June 28, 1989), popularly known by his online alias Markiplier, is a US-born YouTuber and social media personality. He began his career in Cincinnati, Ohio, and is currently based in Los Angeles, California.

Aside from content creation, Markiplier is a co-founder of clothing company Cloak with fellow YouTuber Jacksepticeye. In addition, he is a co-host for the Distractible Podcast alongside LordMinion777 and Muyskerm.

Markiplier was born at the Tripler Army Medical Center in Honolulu, Hawaii, on June 28th, 1989. He was born to Cliffton Fischbach (father), a German-American who served in the U.S. Army, and Sunok Frank (mother). His parents met when his father was stationed in Korea.

Markiplier reportedly lost his father to the cold hands of death in the year 2008.

After his birth, his parents moved to Cincinnati, Ohio, where he was raised. He grew up in Milford, Ohio. He enrolled at the Milford High School, where he was a member of the school’s marching band and played trumpet.

He has an older brother named Jason Thomas Fischbach, who is an artist and author of the webcomic titled “Twokinds“.

Markiplier studied biomedical engineering at the University of Cincinnati but dropped out to pursue his YouTube career.

Markiplier got married to Amy Nelson in 2015. They have been through thick and thin together. Markiplier doesn’t have any child to speak of.

On November 15, 2019, Markiplier launched a new channel with fellow YouTuber Ethan Nestor (known online as CrankGamePlays) called Unus Annus, a channel which he planned to upload a video every day for one year, after which the channel would be deleted along with its videos.

The channel rose to early success, gaining 1 million subscribers in its first five days and 4.56 million in its last few minutes, and over 11.5 million video views in its first week. Following a final 12-hour live stream that peaked at over 1.5 million concurrent viewers, the channel was deleted by Markiplier and Ethan Nestor on November 14, 2020, at midnight.
PST.

He co-hosted the 2015 South by Southwest Gaming Awards with The Legend of Korra voice actor Janet Varney, and was featured on YouTube Rewind. Throughout 2016, Markiplier moved some of his focus to comedy sketches, showing his aspiration for improvisational theatre.

In 2017, Markiplier posted an interactive Choose Your Adventure-style video titled A Date with Markiplier, which was well-received by fans. On March 29, 2018, he announced his YouTube channel had surpassed 20 million subscribers.

According to our research, Markiplier has an estimated net worth of US$10 million. He makes the majority of his fortune through YuTube content creation.